If you are an animal lover, bring over the box of tissues before reading this special feature with Jeremy Wolf, and “Justice For Vanessa”, his beautiful pitty rescue dog. If we all come together as a community, maybe we can help make a difference and save this beauty from the injustice she is being served.

Here is Rochester Woman Online’s question and answer with Jeremy as he tells us a little bit about the heartbreaking months he has fought to help bring Vanessa back home where she belongs. 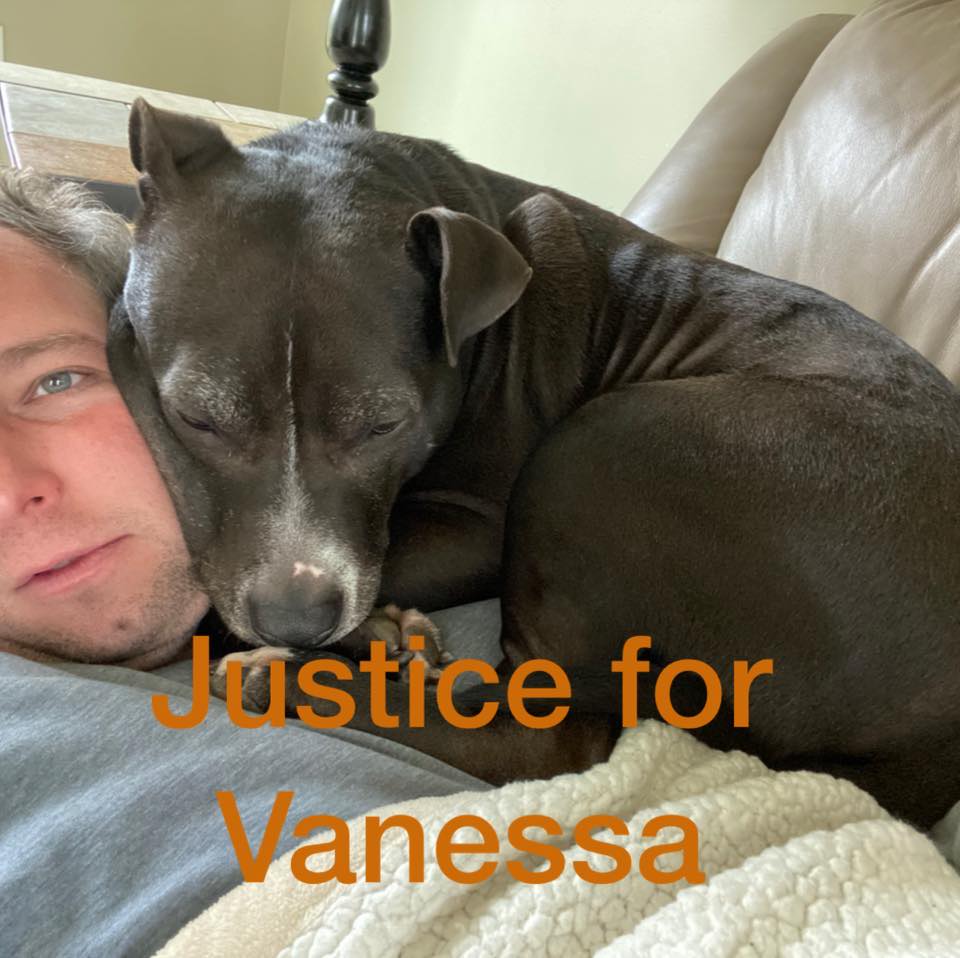 Tell us a little bit about yourself and how you “met” Vanessa.
I have been an active volunteer at the local municipal animal shelter (Rochester Animal Services, RAS) located on Verona Street in the City of Rochester. I started volunteering there as a dog walker back in 2015. At the time my role was primarily with the “play yard” there which is a large fenced grassy area where they evaluate the dogs for their dog on dog and people social skills. The play yard also offers an enrichment setting for the dogs in that it allows them to exercise, socialize and get some mental stimulation outside of their kennel at the shelter.

As I had participated in training offered by RAS and my skills evolved through the years I now participate in a training group to train new volunteers at the shelter. We train the volunteers on interpretation of animal behavior and dog walking/dog handling skills. I have always loved dogs and since I moved to Rochester in 2000 have been very active in animal welfare and rescue.

Tell our readers about Vanessa and her back story… How old is she? Where did she come from? How did you bring her into your family? Where do you currently reside? 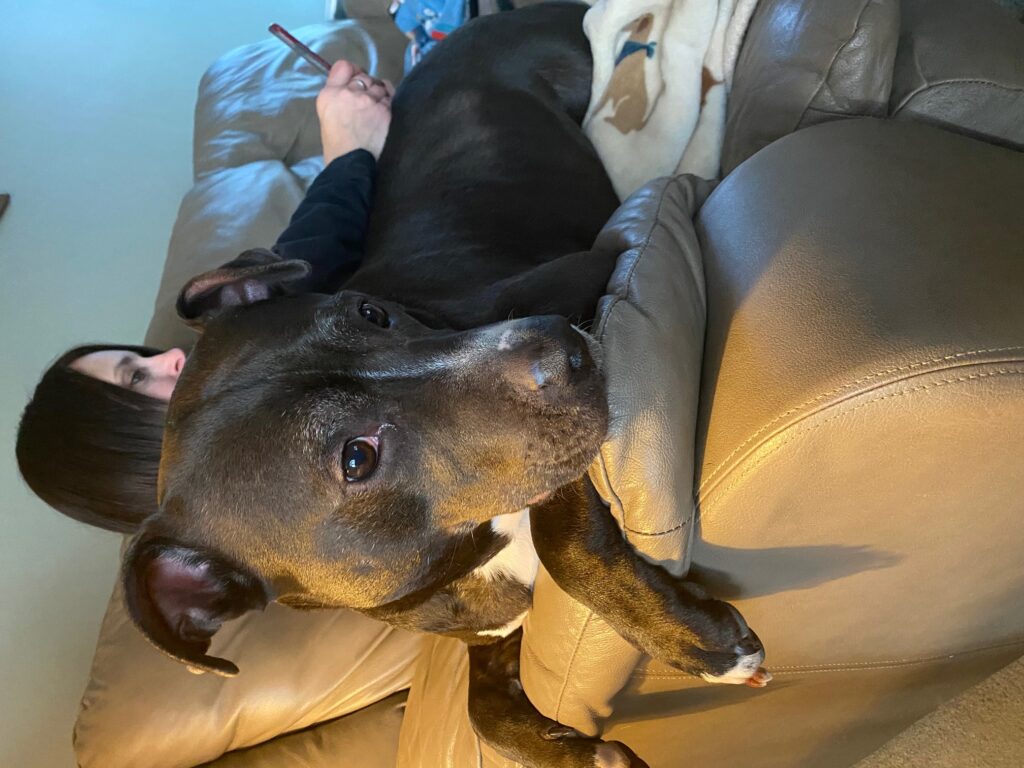 Vanessa came into the shelter as a “stray” in mid-2016. It was reported that she was picked up from a residential structure that was unoccupied at the time, so either her prior owners abandoned her or she got herself locked in there somehow. Luckily someone noticed and called animal control.

Anyhow, she came in with a deformed rear leg that she wasn’t using to bear weight so the shelter veterinarian assumed her leg was broken. This was later confirmed by the vet which left her with the option of either having her leg amputated or euthanasia. After being at the shelter for a couple of weeks she became a shelter favorite and a number of folks at the shelter rallied around her. They were able to raise the funding for the complicated surgery to repair her leg (over $7,000.00) and Vanessa was administered into the foster program where she would receive medical treatment and a foster home during her recovery.

The recovery was predicted to be about six months so she needed a unique foster home environment with a quiet setting where she could remain calm and still for her leg to heal. At the time I had recently lost my own rescue dog to cancer so I had a dog free, quiet home and the timing was right so I stepped up to foster her. After staying with me for almost six months during her recovery she has bonded with my family so I ended up adopting her as my own. 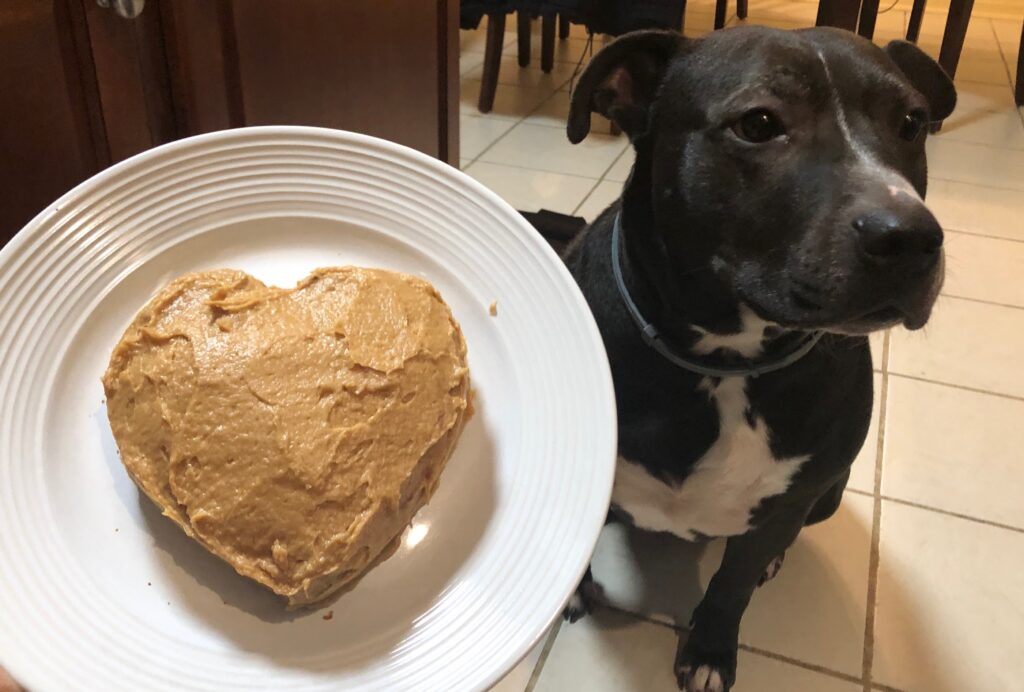 What happened with Vanessa?
Vanessa was accused of biting a neighbor (jogger) while the dogs were out for a walk on leash in the neighborhood. Typically in these cases the courts don’t even become involved and if they do the dog would be released back to the owner with conditions and we would all move on with our lives. NY state allows that, especially for a first time bite and a dog with no prior bite history. In this case the jogger was a Town Board members wife and the husband is also a personal injury attorney so I will leave your readers to draw their own conclusions.

Regardless, Vanessa was seized from my home and declared “dangerous” by the same jurisdiction and Town court where the husband is a Town Board member and Vanessa was sentenced to be euthanized. We are appealing but she has been held for over four months in solitary confinement under conditions where she is mentally and physically deteriorating while we wait for the wheels of justice to turn slowly. Imagine being held in a 3 x 8 cell for months on end, only hearing dogs barking around you, never being released from that cell for a walk, exercise or some mental stimulation, having to relive yourself in that same cell and only having food passed under the door. It is blatant animal cruelty. Kennel Stress is real and takes a permanent toll. 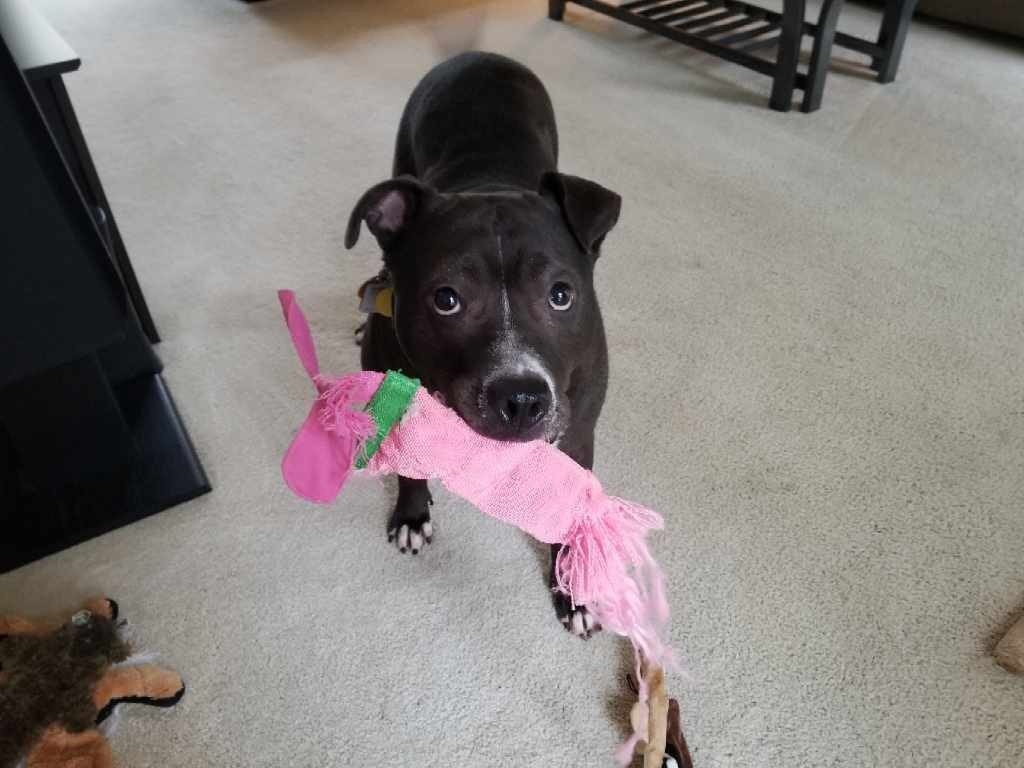 How did “Justice for Vanessa” start?
Supporters for Vanessa had come together to start the JusticeForVanessa Facebook page. People are infuriated with what has gone on in the Town of Ogden and want to help. We use the page to disseminate information. There has been a tremendous amount of support. We have an online petition with about 20,000 signatures and the page has about 1,000 followers. We have also had a couple of protest/rallies at the Town of Ogden public building and have had a number of fundraisers to help with the legal bills (T-shirt sales, GoFundMe, Yard Signs etc.).

How has the current situation affected you? Your family? Your life?
It has been devastating to my family. Not only my family but the myriad of people that personally know Vanessa. As I said she had tenure at Rochester Animal Services for almost six months as “their dog” in the foster program so a lot of people know them. It has been very hard on my girlfriends mentally disabled son. Vanessa was a constant companion animal and he does not have the ability to process why she cant visit with him anymore. He lives in a group home and she was a constant companion to him on the weekends when home while he watched his movies and played his video games. Really his only friend. The judge was completely flawed in his ruling that there was only one victim. There was also celebration and fist bumping by the husband and town animal control officer in court when the verdict was read which was appalling.

Can you tell us where Vanessa currently is, and her current state?
We don’t know for sure. The Town of Ogden has refused to provide information or visitation rights. The Town does not have their own kennel facility and the location that she was previously held at was shuttered when a veterinarian and humane society discovered the appalling conditions of which Vanessa was housed under.

What can our readers do to try and help?
Don’t let this be swept under the rug. Make phone calls, send e-mails. The Ogden Town Supervisor, Ogden Town Board Members, the Ogden Judges, these are all elected positions Let them know that you are aware of what is going on and vocalize your disapproval. We are not going to go away. Last I counted there were over 100 negative reviews left on the Ogden FB page in the “review” section. These opinions are rational and well formulated, many who were present during the Town court proceedings and witnessed the bias that went on.

What are the next steps?
We are appealing to the Higher Court but unfortunately the wheels of Justice turn very slowly.

What do you want our readers to know about Vanessa?
She doesn’t deserve this. This is a political game that has been played by the husband who is an ambulance chaser lawyer, and his seedy buddy the Town prosecutor. Vanessa deserves Justice. 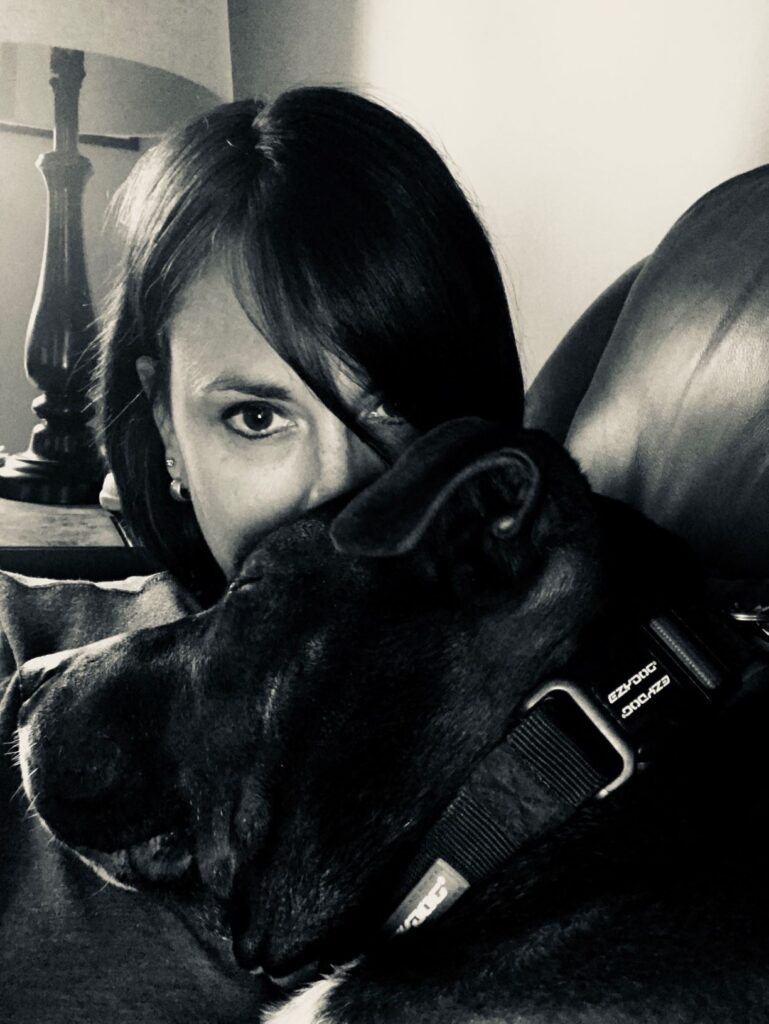