A MOTHER’S WORDS: THE LIFE OF LYSAUN CURRY

October 2nd, 2020 at 8pm was the worst night of my life. I received the call that is every mother’s worst nightmare… my 18-year-old son who had just graduated from Northeast College Prep, also know as Douglass High School, had been murdered.

Friday morning at 2am I woke up having an anxiety attack knowing something was wrong and I could not pinpoint what exactly it was that was weighing on me. I went to the doctors and they wrote me a prescription to help with my anxiety, chest pains and tears. Because the pain was so unbearable, I knew something was not right. I finally was able to lay down and try and get some rest, but still in pain and my chest was beating faster than normal. It was as if my heart was going to jump out my chest! Then at 7:45pm I received a call from my sister. It was a piercing scream. She told me my son been shot.

I screamed to my oldest daughter, “Lets go they shot him!” She screamed back at me not knowing who I was talking about. I said, “Your brother Lysaun has been shot.” I called my fiancé and told him to come get me that something has happened to our son. I proceed to call my sister back and his sister’s screams got louder as she told my that my son was dead.

My heart and soul left my body as my worst nightmare had come true. I thought there was no way this could possibly be true. My fiancé rushed me to the scene and as we pulled up to the corner of Trenaman and North Clinton Streets, it was blocked off with police and people everywhere. 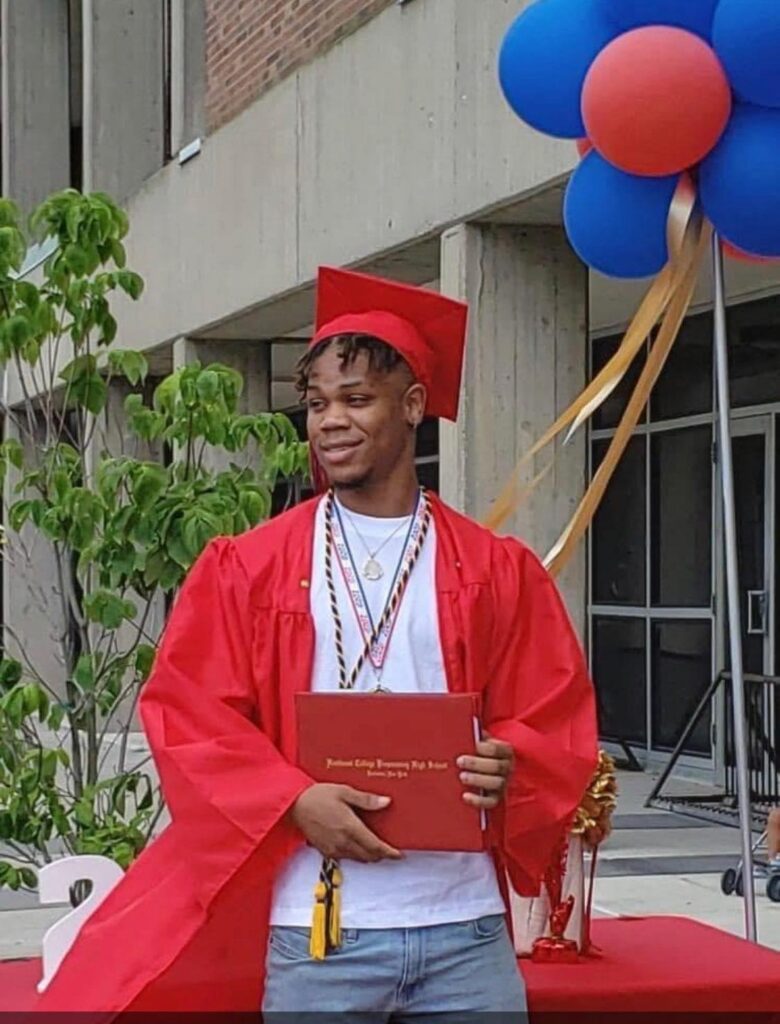 We stopped in the middle of the street and I hopped out and proceeded to run to my baby who was lying cold on the ground in the pouring rain. It was a scene I will never ever forget.

Rochester Police would not let me by for me to get to my baby. All I wanted to do was hold my baby one more time and tell him that mommy was there and that I loved him so much. RPD had me stand outside for approximately 3-4 hours as my family and friends piled up before confirming that my son was dead. They did not want me to see his body the way he was. Unable to see my baby’s body was the worst pain I have ever felt…that any mother could ever feel. The only thing that I could do was watch as they washed all the blood from my baby boy away that was on the ground. It just flowed down the driveway as if nothing in the world matter anymore at that moment.

I could not eat, sleep or drink for the entire next week. All I could do is think of my other four kids and that the fave five had been destroyed. Saturday October 3rd, 2020, we had a balloon release and the love and support that we received was amazing and truly heart felt.

All I wanted was this to be a really bad dream and not to be real. My son had made an impact on so many kids, adults and teachers lives during his life. 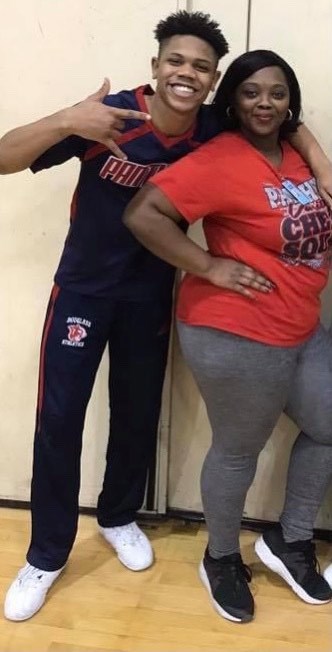 My house stayed full everyday after his death. They could not leave because these children and been so torn that he was taken from them. Days, minutes and hours went by, but all I could do is stay strong for my kids, his friends, family, and for him.

The following Monday after he was killed I received a called from the morgue saying, “Mrs. Curry-Bogar I am calling to confirm that we have Ly’Saun’s body here with us.” After they told me this, I asked if I could see my baby and they proceeded to tell me that I wasn’t able to see him and the next step was they were going to go ahead with the autopsy. His body would then be sent to the funeral home after they were done.

It was so hard to fill out a death certificate for a child that you carried for 9 months, raised, watch grow and to then only reach the age of 18. My heart dropped when she pulled out the picture for me to pick the casket for my baby. I just couldn’t do it. I wasn’t ready for this. So, I let his twin sister pick it out for him.

My son had made an impact on so many peoples lives; kids, adults and even his teachers. He was one of the reason I learned how to love a man, He was my second born proctor, my pain in the butt, and now he was gone.

I tried to stand strong through this whole process. October 14th, 2020, just two weeks after my baby was murdered, I finally got to view his body. I had to see my baby with his head sewn together because they had to cut him open and split his head open to take out the bullets. Holes were in in his face and his nose where they pulled out other fragments. It shattered my soul into more pieces then I can even possible speak into words. Yet again I stayed strong and didn’t break.

As I rubbed his cold face, his chin hairs and played with his hair, I let him know that I was there and I promised that I was going to let his legend live on. On October 16th, 2020 was the day that I had to say my finally “see you later”, because for me it is never goodbye.

My son’s funeral was filled with all the lives that he touched while on this earth. As I stood by my baby boy’s casket and watched everyone come and say their goodbyes in tears, I knew my baby was so loved that it brought warmth to my heart.
At 12:30pm myself and his father closed the casket on our baby boy.

Ly’Saun Asmar Amir Jamar Curry was born on March 24th, 2002 and laid to rest on October 16th, 2020. Let me tell you a little about my baby boy. Throughout his time on this earth he was a highly active child. My son was into animation and drawing. While in school he was a part of the photography club, chess club, poetry club. My son played football for a year before turning his love to cheer where he became an outstanding male cheerleader. I never missed a competition or anything and being the mom that I am, I became head cheer mom. Ly’Saun was the second child in my fave five and a fraternal Irish twin to his sister.

My pain hits different because I knew my baby did not deserve to be murdered. Well, more or less executed. My son did not bother anyone. He was a protector to anyone that he met. He was a great debater and stood tall on anything that he believed in. To hear that my baby was gunned down, shot in his back as he rang the doorbell to get into the house of his uncles and aunts where he was staying hurts so deeply the words are just not enough. But to know that not only did they shoot him in the back, but executed my baby brings pain that will never be taken away.

I do not know how I am staying strong and have not broken, but my strength gets stronger and stronger every day. As a mother you truly do not know heartache until you must bury your baby and knowing that from this point on your life is different and nothing will ever fix it. 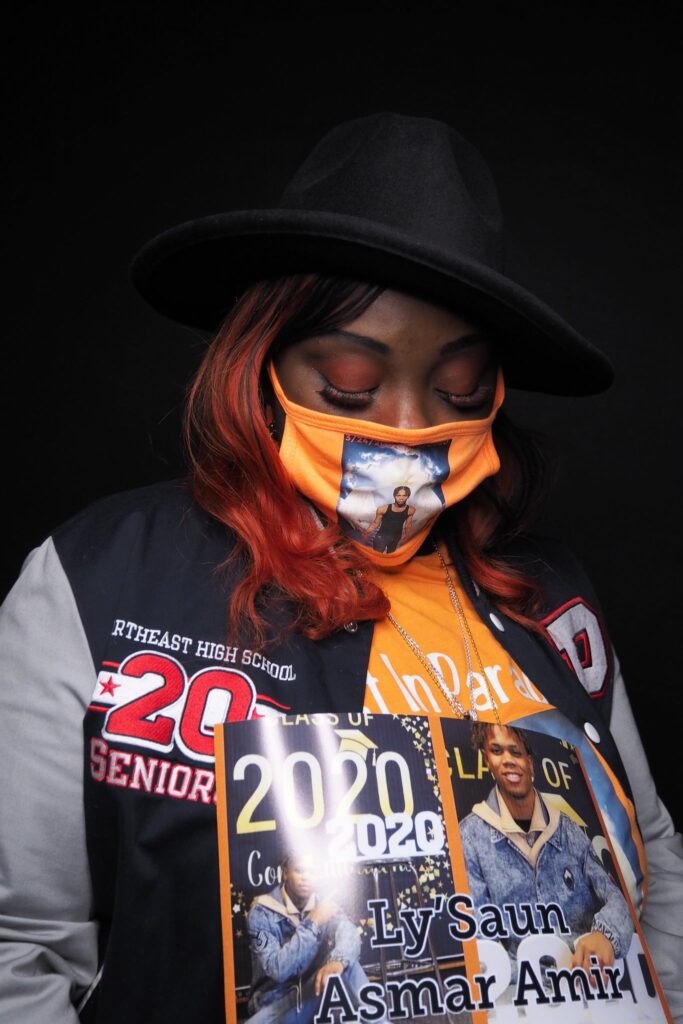 To my son Ly’Saun Asmar Amir Jamar Curry, I love you and I apologize that you had to be taken so soon. Mommy wishes that it was her instead. I wish God would have given me and you more time to work out our differences but know that mommy will stand strong and make sure that your name lives on just like the legend that you are. I will get justice for you no matter what it takes and you will forever live on.

L’s for life and nothing more. Love your mom.