To Be A Teenager: TYLER ASER

To be a teenager is to live in a parallel universe to the world of grownups and little kids. Teenagers have their own vocabulary, their own jokes and their own heroes. 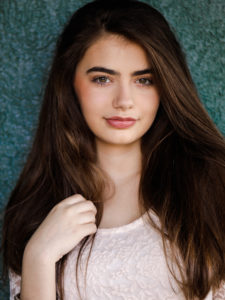 They scorn our rules, but police their own society with exacting systems of etiquette in which the simple matter of making conversation with a member of the opposite sex is as bound by convention on the top deck of a bus as it ever was when Jane Austen was observing a country dance. At the nub of teenage rebellion is their compulsion to flaunt their difference.

Fashion is the key word for today’s teenagers. Fashion reflects even in school students. The bags they carry, the watches they wear and the way they carry themselves involve so much of fashion. Teenagers seem to be more fashionable than adults now. In fact, they can be great trendsetters themselves. There are many teens that invent their own styles and aim at becoming an icon among their peers.

Tyler is one of the cool kids on the block with her own twist of fashion, style and an icon to many of her friends.

Tyler was born in Rochester, NY, and grew up in town of Penfield. Currently, she is attending Webster High School. Tyler is working hard at balancing work-life-school activities. Due to a very busy modeling career, she has missed many days of school. She has learned how to be extremely organized and manage her time efficiently. 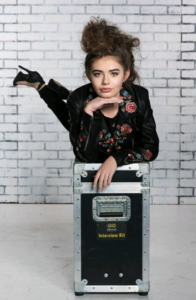 Some things never change. Teenagers are incredibly particular about how they look, often obsessing over details that don’t seem important to adults.

That is not the case for Tyler. One of her favorite things that she loves to do is to spend time with her two cats, Graham and Nugget, and with her friends.

Tyler worked with an acting and voice coach at RAPA (Rochester Association of Performing Arts). She took yearlong Training in Voice, Acting and Dance (Jazz, Ballet, Hip Hop and Theater). She landed the lead in many movies shot in Rochester and the NYC area. The move from acting to modeling happened when Tyler was asked to be a model for local designer. She led the runways and appeared in catalogs from Rochester, NYC, and Orlando. She has appeared in catalogs Toronto also.

Teenagers are mostly attracted to western fashion culture and they are triggered by the exotic western dress. Students want to create a unique image and for them fashion is a way to express their inner self. By having the latest clothing, they feel they look cool. Many of them think fashion helps them create an aural psychic influence and it pervades and highlights their presence in their surroundings. 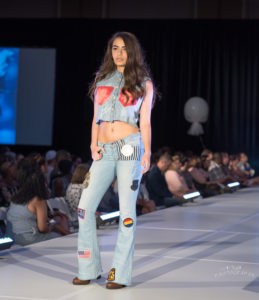 Teens are mostly influenced by the latest trends, colorful designs and outfits. There wardrobe is full of different brands which like Giorgio Armani, Dior, Levis, Gucci, Louis Viton!!!

Teenagers are mostly inspired and influenced by celebrities, models and fashion media. College boys and girls are also trying to lionize themselves. Their fashion icons are their all-time favorites artists, which helps teach them how to innovate, develop and create new, stylish things and from them they also learnt that how to look the worlds from the new perspective.

Tyler enjoys watching TV and movies which is also a form of studying her craft.

Thing to do: Hanging with her friends and keeping up with social media

Foods: Macaroni and cheese and Wendy’s spicy chicken sandwich is a must while she is traveling with her family

Dislike: When she runs out of hot sauce and that Pretty Little Liars is over. 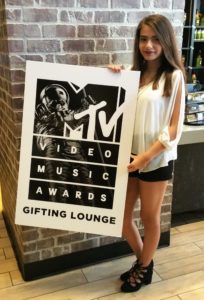 A simple fashion trend can change a teenager’s attitude in many ways. A positive effect of fashion is when teens feel more socially acceptable and confident in their approach due to the way they look. Even though clothes are powerless on their own, they represent symbols that have strong influence.

On the other hand, there are negatives to fashion, such as when teenagers go to extreme lengths to attract attention with their clothes. Due to society and peer pressure, teen girls can be inclined to wear revealing clothing and act inappropriately for their age. Also, in their quest to keep up with the current fashion, some teenagers become victims of depression. Instead of being creative and original, then can end up copying others in a desire to fit in.

Tyler takes the focus of all the attention she garners and uses it in the best possible way by addressing the ongoing bulling issue in schools. Being popular is everyone’s desire but also can be a burden without proper support and guidance. Thanks to very strong family values and guided by her successful mother, who is Tyler’s manager as well, her star is just rising.