The “O” Talk: WITHOUT FOUNDATIONS

“Without foundations,” Christian Dior said, “there can be no fashion.” Fashion. The word itself evokes different feelings, images, and sensations. 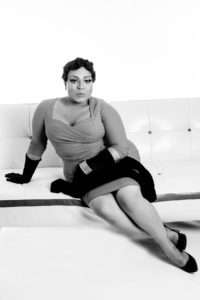 It can conjure up sumptuous and spectacular gowns woven by personalities big and small. Cristobal Balenciaga, Coco Chanel, and of corse Dior himself. Fashion evokes the styles of legendary women. Princess Grace. Jackie Kennedy. Audrey Hepburn. Fashion is an industry steeped in human history as much as the psyche. Behind the textiles and silhouettes is a performance of fashion.

I’m not simply referring to the catwalk, either. It is not absurd to think of fashion as exemplifying who and what we are. An extension of the self. It can boost the confidence of the wearer, inspire jealously or admiration of onlookers, or indeed anger a nation. When Dior unveiled his first collection on the morning of February 12, 1947, it was hailed by fashion’s elite as the ‘new’ look – while his fellow French compatriots considered it extravagance in a time of great austerity. Who could believe that fabric can have such power.

Performing fashion is more than just wearing clothes – it is the desired perceptions of who we are and how we want to be seen. It is constructing an identity.

From classical Greece, to modern Manhattan, the way we dress not only indicates our social status but can represent our ethnic, religious, political, regional or national identity. Dior may not have made the beret a staple in his original collection, but it is almost synonymous with French identity despite originating in Spain. Headdresses like the burka do not originate with Islamic beliefs, though it is often lambasted as such. White gowns were associated with suffragettes, while black is a staple for…well…pretty much any New Yorker. Fashion can be a great uniter – or divider.

Regardless or backgrounds and affinities, as the summer draws to a close, closets all around the county begin the seasonal changeover from summer to fall. Bright, floral prints are exchanged for more earthy tones, while heavier fabrics slowly but surely re-enter the fray. For years, it has been something of a ritual. The Changing of the (sartorial) Guard, if you will. And while many will be transitioning their wardrobes from one season to the next, my own transition has placed me to start anew. But navigating unknown waters – and closets – can be a bit treacherous. 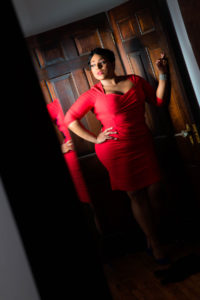 After two months going full ‘T’, I knew the time had come to get rid of clothes. After all, they represent a former state and stage of my life. But if I were to take Dior’s cue, there certainly wasn’t much foundation to stand on. A few leggings, several (gender-neutral) shirts, and all my drag outfits. My closet was as empty as the racks at a Barney’s sale! And as I teared up over the few pieces I had, I realized there was nothing to be saddened by. There was no need to worry about the few outfits for daywear. No need to fret about the lack of workwear. This was an opportune moment to buy clothingsnthat matched not only my (new) gender identity but also my personality. To reinforce my personal brand of Ortensia Èstelle de Loren. And, let’s be frank, who doesn’t love a good shopping spree?!l With an undisclosed amount of money, I relied on three main sources: Family & Friends; Retail & Thrift stores; and the Web.

Of all the women in my family, the one I knew I could turn to was my mère. A fashion muse in her own right, my mother ranks among my fashion influencers. I remembered my mother’s closet fondly as a child. In particular, the many times I spent surrounding by fabulous gowns and suits as I browsed through her Vogue magazines. My mother has since become one of my biggest supporters: from my early months as a drag queen, to the early weeks as a trans woman.

“You don’t need everything to be so damn tight!” she exclaimed one Sunday afternoon. After many pleas, she agreed to grant me access to her chamber of fashionable secrets. Among the prized possessions were at least three dresses; suits cut in the same shape and in a variety of colors; jewels belonging to my late grandmother (another fashion muse and influencer); and half a dozen bags. The price tag? Zero dollars! After all, a daughter’s new path is best laid with free things!

The Pierre Cardin dress an exception, and suits that could be worn to work (#careerkween), I still felt my new wardrobe lacked my identity. So I ventured to the next place I thought I would never trespass – the brick-and-mortar retail shop. Things have certainly changed since Cher and Co. walked the malls. Not that I loathe going into shops. I just hate gate going to otherwise drab malls! Ugh. I miss the ‘90s. Nevertheless, I ventured to several stores in the area. Chains and otherwise. After a weeklong venture, I could find nothing. NOTHING! Either the fit too odd, the cut way different, or the price tag too much for the quality. Pacing and judging, I gave up on the likes of NY & Co., Lane Bryant, and many others and began to look to the World Wide Web. And it was anything but underwhelming. 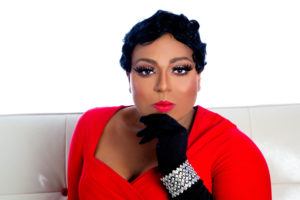 Perhaps Mother Fortune shines upon me, but I was thoroughly surprised on my online results. Amazon has been my new fashion destiny. Swing dresses. Pencil skirts. Opera gloves. Gowns for décolletage, others meant for business. I’m in absolute heaven! Shoes, admittedly, have been a hit or miss. While some designers have been successful, others have been more than difficult to navigate. Praise Prime returns! For the court shoe enthusiast (pumps, in American vernacular), I would definitely recommend Shoes of Prey (shoesofprey.com). What can be better than buying shoes? Buying customized shoes! It’s the eShakti (try them as well!) for your feet! You don’t want to miss out.

Glossing through Alexander Fury’s editorial book on Christian Dior’s collection from 1947 to the present, I realized I’ve been unconsciously enamored with the dressmaker’s New Look. The nipped waist and padded hips not only recall a bygone era, but one very much present to me – the world of drag. The art of ultra feminine and ultra luxe, the styles of the 1940s and 50s recall a time I didn’t experience. From Dior to Balenciaga to Schiaparelli, the fashion of that era resonates with me. And if it’s a part of my identity, why should I deny it?

Yes, I get a few looks while wearing a dress billowed by a tutu, but I also get many compliments. Many may choose to wear beachwear in the evening and, dammit, that’s their prerogative. I don’t judge, and I pray others don’t judge me. If Dior quipped that fashion lays the foundation, let everyone build their own. It’s more than just the body and fashion, but the value people place on themselves and the confidence they show to the world. A person of great confidence does more good when they can also inspire future generations to love who they are, what they do, and where they go in life. And that’s more chic than any label.