A GIRL ON A MISSION: ANNALIESE ARENA

Hailing from Rochester, NY, Annaliese Arena is a 16-year-old pageant queen, avid volunteer, and fashion model. At the age of 8, she began competing in National American Miss (NAM) and found her love for the world of pageantry. Pageantry is what encouraged her to get involved in her community service and love of helping others.

Annaliese’s first platform, at the age of 10 was named, “Happily Ever after: Because every child deserves one”. Through this platform she raised 1000 dollars with a charity basketball game, a PJ party fundraiser, a T-shirt drive with her dance school, and organized a “Whipping” childhood cancer event. Her current platform is Scars to Hearts which is all about taking life’s hardest moments and turning them into something beautiful to spread love to the rest of the world. She was inspired to do this after fighting her battle with mental health struggles and it is her way off turning her “scars” into “hearts”.

She also works closely with an organization founded by her mother called Worth More Nation that serves people impacted by foster care through pageantry, fashion, and giving initiatives. Her favorite part of it is the annual pageant held for girls impacted by foster care, where she is able to share her skills, teach new presentation skills, and buildup confidence in others, all while helping them find the perfect dress through the organization’s special occasion closet available for all of the foster care community at no cost. She firmly believes that giving a girl the right dress can make a huge difference in her life.

Other organizations she has worked closely with are Dress for Success Rochester, Cure Bears for Hope, Cobblestone Arts Center working at one point as a dance teacher assistant for adults with disabilities, and the former Moss School of Dance (now known as the dance company, Incandescent Dance) as a pre-ballet teacher.

She has totaled a number of 2300 hours of service gaining a mayoral recognition award, the Federation of Social Workers Next Generation Contributors Award, two national volunteer service awards with NAM, and a Presidential Service Award.

In 2014, after winning a state title with NAM, she began her journey with modeling with being an agency scholarship she was awarded. Since then, she has expanded her talents across the Northeastern region working in New York, Atlantic City, Philadelphia, and Rochester Fashion Weeks, as well as many other charity shows in the New York City and the greater Philadelphia area.

In pageantry she has been awarded many titles including the 2018 Miss New York Junior High School America where she earned a spot in the top 15 at the nation-wide pageant, 2019 IFAB International Model of the Year, 2015 USA National Miss Pre-Teen, and the 2014 NAM Jr. Pre-Teen. She was most recently chosen to represent the US territory of Guam as the 2021 Miss Guam High School America. She is now working hard at preparing for the national pageant in June of 2021 as she hopes to take home the title of the 2021 Miss High School America.

With her current title, she is not only representing her personal platform, Scars to Hearts that is mentioned above, but also the pageant’s national platform, BRAVE, which stands for Building Respect And Values for Everyone. She has been using her personal story of overcoming to share the anti-bullying message and how to rise above after being a victim to bullying and she shares her thoughts in these heartfelt words shared below:

“What is bullying? Simple. It’s when someone makes you feel smaller than you are, and unfortunately, it is everywhere. It stems from children forming cliques in middle school, to high schoolers sending a hurtful text, and all the way on up to world leaders posting petty tweets on Twitter. The less-simple- to answer question is, how do we stop bullying? I wish I had the magical answer to this question so we could rid our world of these cruelties, but sadly, there isn’t one. While I could sit here and teach about kindness and accepting others, that is deflecting on what really needs to be said. And don’t get me wrong, I am a firm believer in the power of kindness, but inevitably, the world will always have some of these dark places. At some point, you may even encounter one, and it is important to know how to overcome bullying. In my 16 years of life, I’ve had my own encounters and want to help others by sharing these three steps.

First, allow yourself to acknowledge what has been done to you and why it hurts. Each day, you need to embrace it head on with courage. You have to tend to your scars and tell yourself that one day, it won’t feel like this anymore. After that, you let it drift away, but only can that happen when you’ve given yourself enough time to heal. And the healing process is different for everyone. For some it could take days, and for others it could take years, and both are okay. It’s vital to give yourself time to recover, because if you don’t, you run the risk of it coming back fifteen years down the road. 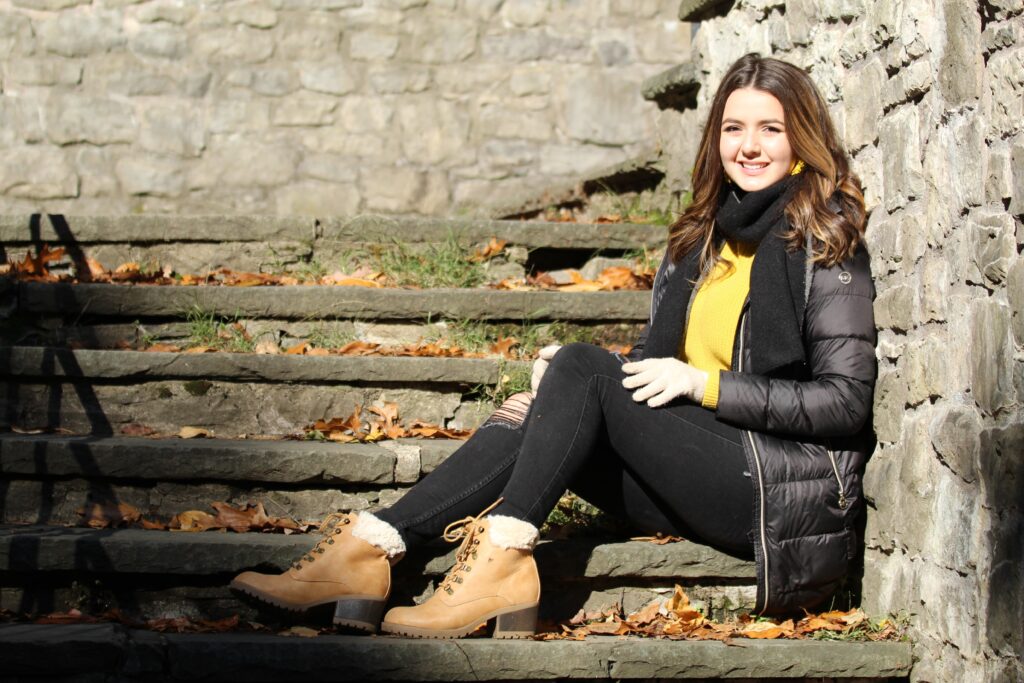 If you’ve done that, it is time to move on to step two, which is forgiveness. You have to forgive what or who made you feel so small so you can rid yourself of any bitterness or resentment trapped inside of you. You have to take each strand of emotion you’ve felt and hand it over to you’re wrong-doer saying, ‘I forgive you, for I know you are hurting too.’ The universal truth about bullies is that they always have hurt hidden deep inside of them as well and that’s what is causing them to act the way they do. By forgiving, you are ensuring you don’t have anything like this hidden inside you. You are also showing kindness and compassion, despite what that person did, and that is one of the best feelings this world has to offer.

The last, but certainly not least, step is learning to love yourself and falling in love with being alive again. Everyday needs to be seen as a blessing, and you have to start romanticizing the small pleasures you’ve been given the opportunity to live, like listening to your favorite song on a rainy day or that first sip of coffee in the morning. Build yourself from the ground up and allow yourself to feel joy flow through every aspect of your body, because you deserve to be happy again. It doesn’t matter if you are 7 or 77 years old, as long as you make this moment the moment you truly start living and thriving again, you have successfully risen above and even experienced so much growth as a human.