Born in Brooklyn New York, raised in Pennsylvania and then relocated to Rochester New York at a young age, Manuel Ortiz younger years as a youth consisted of learning to play two instruments. He learned how to play the drums and also the trumpet. He performed for church ceremonies and joined in many parades. He was always full of great spirit. 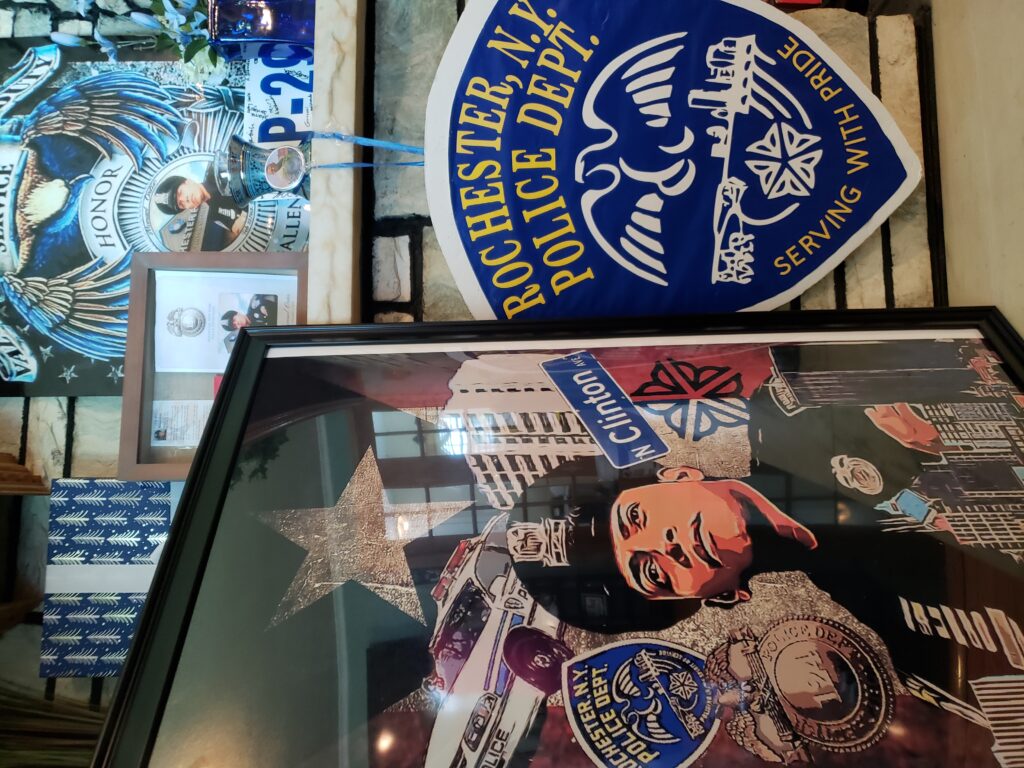 Growing up he was always volunteering for something or helping someone out. When he transitioned to high school he again enjoyed playing his instruments but instead of playing sports like some of his friends, he took up wood shop and mechanics as he always enjoyed hands on activities. In his junior year, whilE being raised by a single mom, Manny wanted to work and help her out. So, he picked up a job delivering newspapers and worked at a retail store (McCrory’s) in downtown Rochester after school.

When Manny graduated, like many, college was not an option as his family with a newborn (his first born daughter –Solangee) had just begun. Manny began to work to provide for his family and landed a job in construction. There he would learn to drywall, paint and build up his skills in flooring and decorating. Manny’s homes were always neatly painted and decorated.

However, during this time Manny knew something was missing, Manny realized that he wanted to do more than just trade skilled jobs. Ortiz wanted to do work for the people and the community and was persistant in becoming a Rochester police officer. 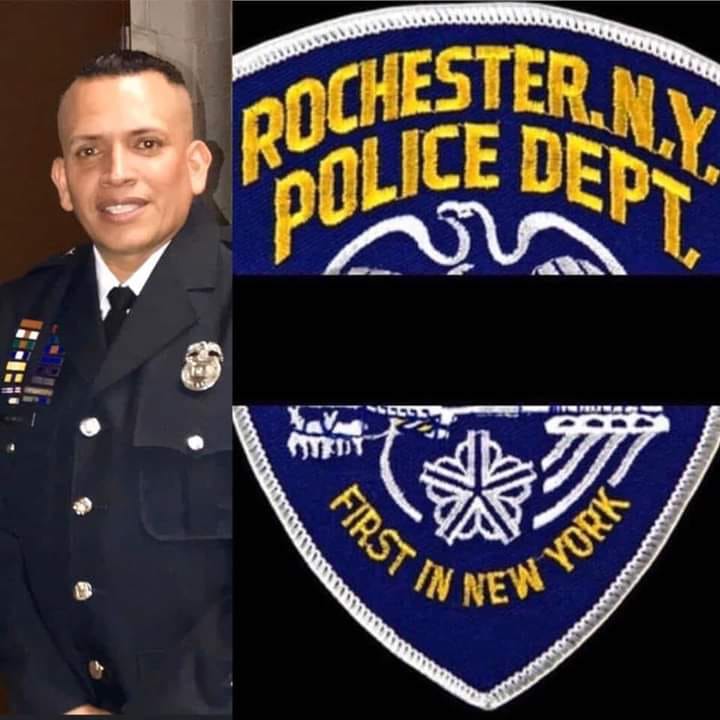 It took more than a few attempts for Manny to finally become the Police Officer he desired to be, but he was persistent in taking the test every time it was offered. Once Ortiz was able to achieve the role as a police officer, he made every stride to become the “Peoples Cop”. Manny’s job to serve the community was his passion from the minute he got up every morning. He just didn’t wake up to arrest criminals, but he tried to advise them and see what he could do to help them out so this would not have to happen to them again.

As Manny would walk through the community he would walk up to people or people would walk up to him shake his hand and thank him for his service. He made many connections and gave many advice. Every time Manny received a call for service he would always answer that call as if it was a family member or his best friend. He always treated everyone as a priority and never treated anyone any different. Everyone mattered to Manny. He would always follow up with these individuals who he answered calls for to make sure they didn’t find themselves in a similar predicament. Not many have the true compasSion and dedication that he showed, especially to his community.

On top of being a Rochester police officer and brother to many other officers, Manny was also a great family man. He was a son, a brother, a husband, a father and an overall incredible human being.

Manny was with his fiance Lisa, and their two beautiful children ( Sophie & Alex) He always said the best thing he ever did was be a father.

All of Manny’s free time was used to spend time with his kids. He would take them to doctor’s appointments, school activities, sports activities, family trips and especially loved summer outings. Family outings were the best because they always seemed to put a huge smile on his face. And anyone who knew Manny knew that “sparkling” smile.

One of Manny’s biggest passions was cooking and well of course eating. This man loved to eat! There wasn’t a dish that Manny wouldn’t try. Manny has many videos on his social media page where he was either cooking and trying different dishes out, eating and always trying to stay healthy too.

Ortiz was also a selfless community servant, and I don’t even think he really realized it. Manny was involved in so many different community activities and organizations and he handled them all with grace and presence. Whenever there was a community activity Manny was there. If you needed Manny too lend a hand he was there. When you needed Manny to pick something up he would volunteer and he did all of these things without any hesitation and always with a smile on his face. 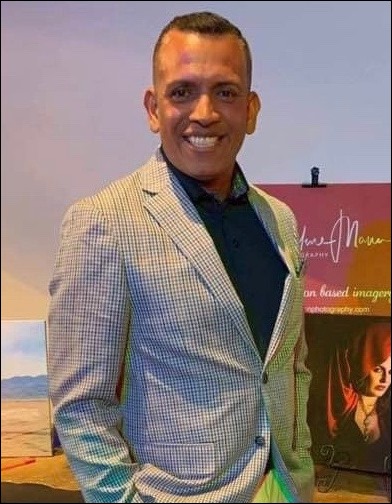 When I mentioned earlier that Manny was the “People’s Cop”, what I meant was not only was he known to community residents in his neighborhood where he patrolled, but he was also known by the Businesses, Community Based Organizations, Pac Tac’s (one of which he formed), Churches and even those that were committing unlawful acts knew him.

Manny’s sisters were definitely a major part of his daily life and routine as he made it a point to touch base with his sisters almost everyday sometimes 2-3 times a day. He loved his sisters and every time they would go out to be social he would always make sure his sisters were looked after by establishments and security and owners. They were always protected by Manny in one way shape or form. Now they feel Manny is following them by way of a Rainbow that they have been frequently seeing and a Bird that we all built bird houses for at a friends house. Manny is watching his family and it is a great comfort knowing this. Manny is a protector of many still.

He will be greatly missed by everyone’s lives that he ever touched, and has left an incredible legacy for his family. That is all any of us can ever hope for