“Accept responsibility for your life. Know that it is you who will get you where you want to go, no one else.” – Les Brown

June 1993, High school is over, I graduated. I have no plan to attend college; I didn’t do well in high school. I leave high school with a special education diploma, so in actuality I really don’t have options. I have desires, I have dreams and I know there is more to life than this. But let’s be honest, I have no academic skills, I have no role models, just a vision. I see people with nice houses and luxury cars but I don’t know the path to take to obtain these items. I had no one telling me to strive for these things when I was growing up. I lived in poverty. My view of success was the local drug dealer and rap videos. 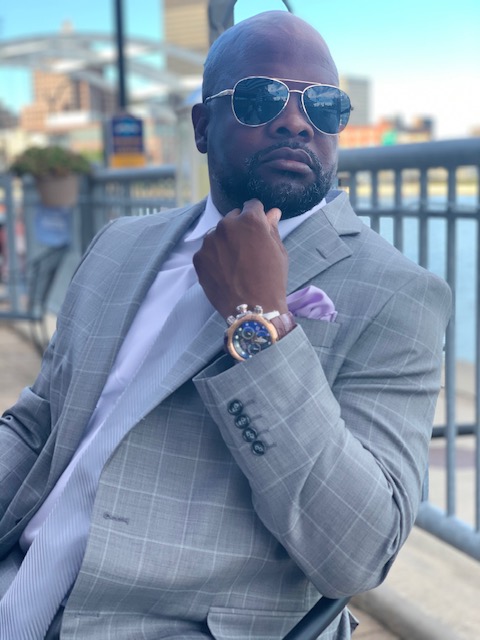 Here’s one incident I vividly remember: Mr. Reid to the front of the class: What do you want to be when you grow up? Here are the careers I had to choose from: professional athlete, rapper, singer, or hustler; needless to say, I chose hustler. Of course my teacher called my mom. My mom was embarrassed and extremely upset. But I think I was more embarrassed and upset than she, because I received a paddle in front of the class for my choice.
When we got home my mom told me to go to my room and do my homework. I’m sure she would have tried to kill me if I even considered going outside. I was on punishment for a week. She reminded me once again, not to even think about going outside to play. I knew wanting to be a hustler was a bad choice and so for five whole days I was deterred. But when my punishment was over and I was allowed to go outside, once again, my desire to be hustler had returned because at the time, that was my visual standard.

So life goes on and we move to Seneca Falls. Years pass and now I am a senior in high school. Seneca Falls was a different world. I remember a particular incident when a random person made a racist comment and everyone laughed, except one person, a friend. She was in my graduating class. We were really good friends in school. We ran track together. She mentioned her family owned a business. I would see her father at the track meets. He always seemed really cool, handling business. When I think back he kind of looked like Steven Segal. He always took out the time to greet me whenever he saw me. His acknowledgment made me feel important.

One day while at a basketball game I approached him. I asked if I could come work for him. I also told him I had no intentions of going to college. He replied, “you don’t have to go to college to be successful, I didn’t ”. I still had insecurities because I didn’t want to tell him I had a special education diploma. I thought if he knew the truth, he wouldn’t hire me.

That school year came and went, I graduated from high school and I started working for his company, a dental laboratory. I remember having to bring my high school diploma, driver’s license and my social security card, I felt like he would give me job mopping the floors or cleaning the bathrooms because I was a special education student. I knew I could do more, but I didn’t know what he thought. I recall walking down the hallway and a member of the hiring staff quietly said to Sir, “I have all of Todd Reid’s paper work, he has a special education diploma”. He replied, “I don’t care”. I was relieved; I mean words cannot explain the heavy weight that I had been carrying; now it was gone. My secret was out. I wasn’t mopping or cleaning bathrooms; I worked in the model department. That was the first time I felt like I had a chance to be successful. I knew I wasn’t book smart, but I knew I had skills. I simply wanted someone to take a chance on me. I was frightened that no one would. But the CEO of a dental laboratory took a chance. 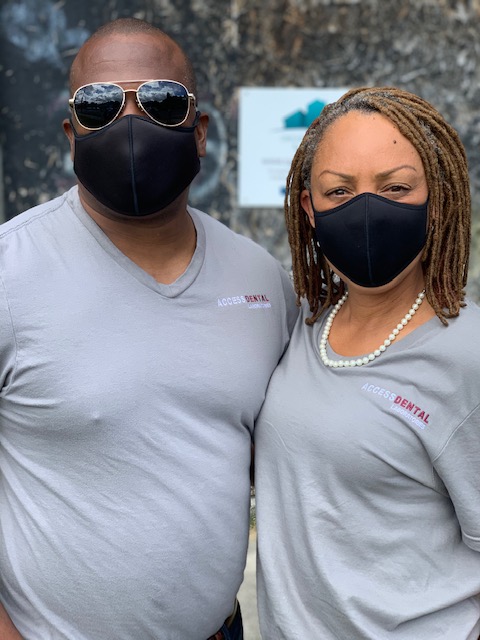 I felt like he was looking out for me. He would offer me opportunities to make extra money, he would take out the time to talk with me, and he would give me advice on life. He would talk to me about the growth of his company. He taught me to look towards the future. He dialogued with me about setting goals and having a vision. He was the first person I knew who spoke positively about the future. This was the first time I felt my special education diploma had no influence on my future success. I began to consider him a friend, a mentor probably more like a father figure.

Years went by and I saw, everything he predicted, happened. I saw the growth of his laboratory, but I also saw the growth in the people of who worked in his laboratory. Most importantly, I saw the growth in myself. At this time I was a polisher, but I had visions of being a metal finisher or waxer. I thought being a ceramist was beyond my reach. In communicating with him, I would often say “I want to be a ceramist, but I’m not sure if I can”. He would in turn say, “how bad do you want it?” That was always his reply when I was unsure about accomplishing a goal. I would sit and look over the shoulder of other ceramist to get a feel for how they moved their hands and how the designs developed. I began to gravitate towards the lead ceramist in the laboratory. I recall him being extremely happy back then. He told me being a ceramist was the best job in the world and you could make great money. My idea of great money was $20/hour. I remember visiting his house and being blown away. I thought to myself, “This guy makes way more than $20/hour”. This gave me visual standard. He became my second mentor at the laboratory. I found myself looking over his shoulder and asking him questions.

The CEO, back then, would say if you get finished with your work at a decent time then you can go sit with him (lead ceramist). So I would watch him pick up these tiny pieces of porcelain with a brush and place them perfectly. I wanted to be able to do it too. Then he would give me a training case to work on. It seemed so hard. I could not do it in the beginning. I would get frustrated because I wanted to be successful. At the time my definition of success was being a ceramist.

Years go by, and I soak up knowledge from everyone at the laboratory. They are all valuable resources. I spent a lot of time wanting to be like other people and letting material items define my success. But I realized I was happiest being a ceramist and being the best Todd I could be. It took me a while, but I came to understand, we all bring our unique talents. This company provided me with a visual standard, I had to learn to meet and exceed those standards. I was no longer trying to be like the other talented technicians. I could only be me and I continued to grow. This company served as my foundation.

Spending 20 years at this company has brought me to this point. I am now the President of my own company, ACCESS Dental Laboratory. ACCESS Dental Laboratory is the first African-American owned, full-service, dental laboratory in the country. We are a comprehensive, light manufacturing, tech, companies that specialize in dental restorations while adhering to the highest industry standards on the technical manufacturing and design of crowns, bridges, partials, dentures, night guards, implants and veneers, opening Spring of 2021.