SHERRY HALE: THE BRAINS BEHIND THE BEAUTE

Sherry Hale has been an innovator from the start. Her father, and his father before him, were both businessmen and entrepreneurs. Sherry found that she had that same, innate capability that would eventually drive her to excel and succeed in the business realm herself. From the onset of adolescence, she was motivated to learn how to use a computer, so she taught herself. She also felt a magnetic pull to the beauty industry, completing her cosmetology license after high school. 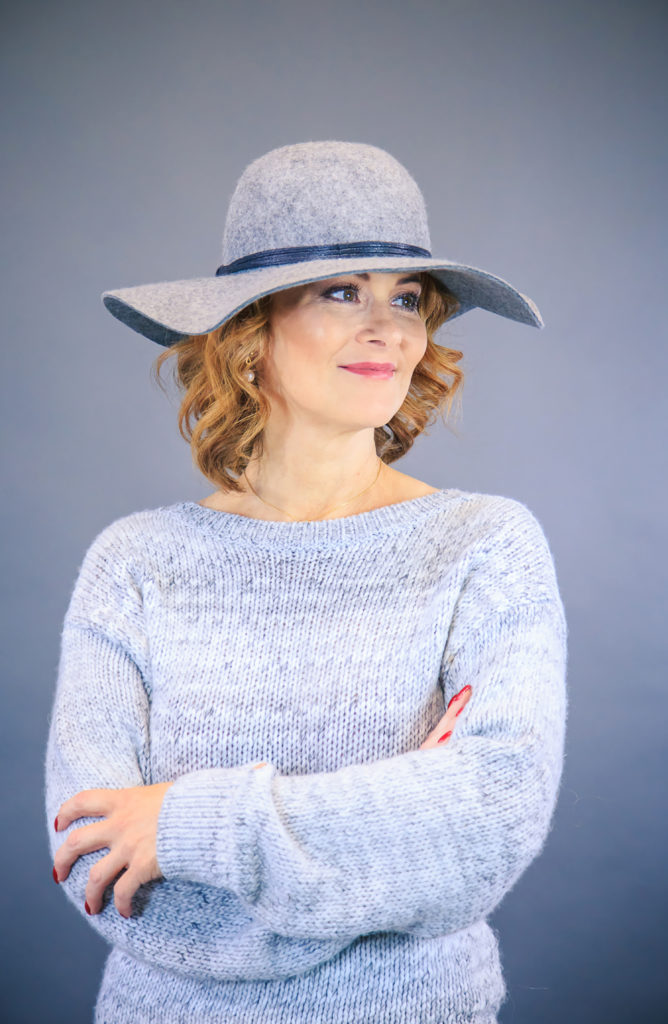 These are the stepping stones that lead Sherry down the long and winding road that has led her to where she is today: the CEO and founder of The SHALE Group; a Master Artist in Custom Beaute; a distributor of her own patented PMU tool, Sherry Hale Define brushes, as well as her own organic skincare line Sherry Hale “Silk”; and finally, as a New York State educator in her Cosmetic Micropigmentation training institute, Custom Beaucademy. Sherry’s success has been due to a culmination of calculated decisions that started very early in her adult life and that she continues to make every day.

Sherry started work at Dow Chemical Company as a computer training coordinator, with the additional responsibility of supporting a large team of engineers. She started a family and, after five years of dedicated service, she left Dow to raise them. During her time as a stay at home mom with a 1 and 3-year-old, she learned to master the computer, the internet, search engines and web design. With these new tools in her belt, she went on to start her first company, ViaTheWeb Designs, LLC. From there, in 1998, Sherry was able to realize her first invention – the Virtual Office which was the perfect marriage of her passion for computers and her love of the beauty industry. A very successful venture called www.beauti.com, allowed her to stay at home with her children while earning a substantial income. The tool quickly accelerated in the internet realm where major corporations began to copy and replicate her efforts. Her web-based, interactive software and website subscription service (Virtual Office) now earns millions in annual revenues for companies across the globe.

In 1999, Sherry’s life was abruptly devastated by the death of her father at age 51 who she was very close with. Following that, over a few short years, were the deaths of her aunt, grandfather, grandmother(s), and an uncle that continued to challenge her motivation and drive. She continued to work her home business on a much smaller scale while fighting deep depression and trying to figure out how to overcome these personal struggles.

In 2008 an opportunity presented itself to work on a three-year global computer project at Pfizer called LIMS. Pfizer had purchased a large amount of small companies around the globe and they needed to upgrade all the legacy systems that were used to test samples. Sherry reported to the Program Manager as the Global Working Group Coordinator for the project lifecycle. After working with highly skilled professionals outside of the walls of her home, she quickly discovered that she wanted to complete her degree as she thrived in this intellectually stimulating environment. At that time in 2008, she started online courses and went on to complete her bachelor’s degree in Web Design and Multimedia with Magna Cum Laude honors graduating in 2010. Sherry did this while simultaneously working her full-time job and raising two teenagers.

At the completion of the Pfizer project, Sherry was still feeling that pull to the beauty industry and had a strong urge to complete education in Cosmetic Micropigmentation. So she completed the courses necessary to start her next adventures, where she started her second company: Custom Beaute. After working in the beauty realm for a year, she was once again called on for another computer project, this time by Blue Cross and Blue Shield in Buffalo New York.

The Facets project at BCBS was a fast-moving target project dictated by government mandates put on insurance companies. Sherry was brought on as the Project Coordinator, reporting directly to the Program manager, as well as serving as assistant to the Project Manager. The project successfully concluded in less than a year’s time and was later awarded with the esteemed recognition as Project of the Year award by the Project Management Institute. She was then put on multiple projects, supporting a wide range of the business departments at BCBS, as well as the IT department. She saw first-hand that there was a strong need for a SharePoint system to be implemented and started her quest to find approval for this roll out. After the system was approved and a job position was created for the SharePoint Systems Analyst, Sherry spent the next 3 years rolling out what is now the legacy system at BCBS.

During this time working at BCBS, her passion for the beauty industry was still omni-present, and the need for Cosmetic Micropigmentation in the area was there. Custom Beaute found its home in small space in the city of Tonawanda, where she would take clients in the evening and some weekends. As the need and customer base evolved, so did the business. In 2013, Sherry moved into her first 2400 square foot business as the first of many expansions, offering a wide range of spa services.

She stayed in that location for 3 years and learned the difficulties of owning a business with staff. Despite the challenges, the business continued to grow where she then relocated to Northwoods Medical Building in 2015. Over the next 2 years, she continued to evolve the business by adding new services as well as she continued her training quest to perfect her skills. But she wasn’t done, she still had goals for additional companies to build as additions that would complement Custom Beaute. In 2018 and 2019, she proceed to form Custom Beautech and Custom Beaucademy, which now make up the SHALE Group which combined with Custom Beaute, form over 4000 sq. feet in Northwood’s Medical Building.

Sherry has always focused on helping people. She has worked with her team over the past several years to deliver an unprecedented, multi-faceted approach through the SHALE Group’s three factions—Custom Beaute, Custom Beaucademy, and Custom Beautech—to deliver to her clients, and the clients of those who partner with her, life-changing experiences. Together these divisions are dedicated to offering the best products, best technology, the best teachers, and the best possible environment for the magic to happen for her clients, while also setting standards for the beauty industry to follow. This has been Sherry Hale’s vision and every move she makes is meant to further enhance the positive outcomes that others achieve when they meet her. The most recent expansion was with Aesthetics Gynecology, now offers her clients even more services to help them on their transformational journeys. She is where she is today because of her commitment, her passion, and her drive.

Continued growth is always in her personal line of sight, and it’s evidenced by her incredible journey from the farm country of Michigan to the beauty mecca of Western New York.