I am NOT my scar!

Pam Breedlove was just 15 when her breasts started giving her problems. She was supposed to be worried about grades… her friends… make up. Maybe even obsessing over a first crush.

Yet there she was obsessing over a painful lump in her breast. 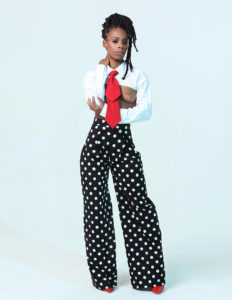 She went to a doctor. She showed him the lump and told him about the pain. He told her not to worry. He said the lump was just from ‘drinking coffee and eating too much chocolate.’ The doctor told her she was ‘too young’ to be worried about breast health.

“Go home,” her doctor said. “Stay away from caffeine and chocolate.”

She left confused. She didn’t think she really had a lot of caffeine and chocolate in her diet. But she trusted the doctor.
The lump got bigger. The pain got worse. At the tender age of 16, she would have to take it upon herself to challenge her doctors to take her concerns seriously. Finally a nurse practitioner listened to her, and sent her to get an ultrasound. It was a tumor. Benign, thank God, but still, a tumor that had to be removed.

She says now about the experience, “I implore you to pay attention to your body and do not be afraid to challenge people that are supposed to know best. By no means am I downgrading or minimizing modern medicine. But we are all unique and nobody knows your body like you do. ”  That wasn’t the end of Pam’s journey. Within two years, she had had two more surgeries to remove tumors that for some reason repeatedly grew in her breast.

At 18 she got the worst news possible. The tumors were growing again around on her nipple. It was extremely painful. This time the doctor said her nipple and a large portion of her troubled breast had to be removed. She was supposed to be worried about prom.

Pam said “I felt like my womanhood was being taken from me. How would I ever date and explain that I didn’t have a normal breast? For a long time I felt like, and acted like less than a woman.” She said she felt alone with her depression. She is so close to her family, but until recently, she never let on about the pain she was suffering.

“I didn’t talk to anyone about it,” Pam says. “I was the youngest kid in a family of five. I just wanted to put on a happy face for everyone. I never told anyone about my sense of loss. I really isolated my pain because I didn’t want it to be a burden to anyone else. No one knew the pain I felt because I hid it so well.” 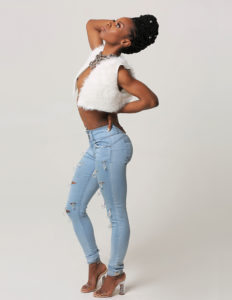 Pam has the biggest smile as she talks to me. She is now 28. Her breast surgeries are 10 years behind her. I meet her and she is in her pink T-shirt from marching in a cancer walk. A walk she proudly did in the rain. She wants to reach out to breast cancer survivors, especially young ones.

Even though her breast tumors weren’t cancerous, she feels a kinship with women who go through her experience of breast removal with a far more terrifying diagnosis.

Pam is a single mother of a four year old named Amir. Their bond is so close she says “he is more like my husband.”
“I breast fed him for a year,” Pam said. “You just would not believe the commitment that took when I had another breast producing milk, and no nipple to get it out.”

Pam says motherhood had changed her for good.

“It was not until the birth of my son that the real healing started,” she says. “I felt comfortable enough to get pictures taken with my breast exposed. I am not my scar.”

“His eyes, my love for him, the responsibility of being a mother started a revolution to a new better womanhood. I learned even when life gets hard my son is full of life and gives me reasons to push harder.”

Her pastor touched her deeply when he told her “living in the past won’t help you in your present unless you use it as motivation for your future.”

Pam lives right around the corner from her mom and dad, and credits her family for her strength. She is the youngest of five children. For the past two years she has worked for Alleson Athletics where she assists customers design custom uniforms from T-ball to professional sports.

She says the best part of her job is “seeing pictures of the kids in uniforms that I helped process and also to see teams play on tv with uniforms we created.”

Her message now is, “I am by no means downgrading or minimizing modern medicine. Many people are breast cancer survivors. But there is a big gap of understanding that this is not an old lady disease. You can get it in your teens. I want to give hope to the youngest victims of this disease.“

Her experience does make her uniquely qualified to help teens with body issues.
Pam’s advice is, “we are unique and no one knows your body better than you do. All routine exams, especially monthly self exams are critical to our survival. Be sure to go to your annual gynecological appointments, get your mammograms and physicals.”

“I want to be the person for there for the next teenager who has to go through this. I want to show them it’s not the end of the world. I can look back now and see that it’s really been the beginning of a rewarding journey for me.”

Pam gives a warm genuine smile and says “If I can reach just one teen who feels alone, then I am happy.”