ISN’T SHE LOVELY
Lovely Warren, the mayor of Rochester, NY, beat her opponents hands down in the primary and went full-speed ahead for the November election. Who really is our mayor?

As stated, Lovely Warren, broke the glass ceiling becoming Rochester’s first African-American woman mayor.  Lovely gets frustrated sometimes with the “red tape” in government which sometimes slows progress of her visions for our city. She recalls one of the most memorable days of her career as mayor, was participating in the Women’s march, the day after Trump’s election in Washington Square Park.

Lovely reflects by saying, “Hundreds of people came out! In their faces, I saw hope and determination- something that has continued- to this day as Rochester continues its legacy of standing on the right side of history. Too often, I find myself, as either the only woman or the only person of color in rooms of decision-makers. In these situations, I make sure I speak up and make my voice heard. But more importantly, I am working to empower other women and people of color, to assume leadership positions, so all voices can be equally represented.

The biggest problem we face is inequality. My team published a report that showed the wage gap very much persists among women and minorities. We have too many citizens who work hard every day but can’t get ahead. I  plan to resolve this by bringing everyone to the table and working with our community organizations to find solutions. Everyone has a role to play in making our community a better and stronger place”.

Lovely knew the moment her grandfather was a victim of a shooting something had to change. She shares how she sat on her uncle’s knee at the hospital and asked what would happen to the man who shot her grandfather. This incident sparked a life-long interest in justice for Mayor Warren.

One of the social issues which plague Rochester, NY is the problem of violent crime. Lovely experienced first-hand as a family member what violent crime does to a family. It shapes the thoughts of family members. For her, it provided the inspiration to become our mayor. 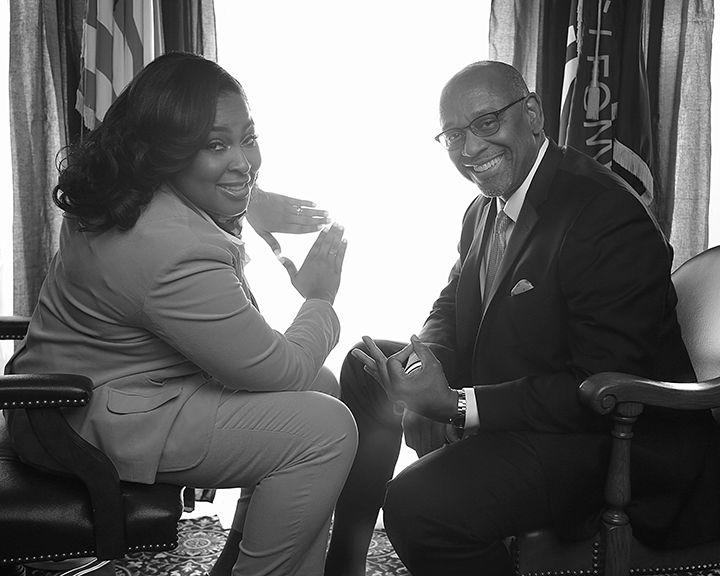 Lovely discussed her model for Rochester to address the problem of violent crime:“Since Day 1, I worked to return the Rochester Police Department to a model of true community policing; helping to build trust and relationships and respect between officers and our neighbors.  We introduced a 5-section policing model, returning our officers to the neighborhoods and started innovative programs like “Clergy on Patrol” and “Books and Bears”.

Since my days on City Council, I have worked to make our Department, more reflective of the community. We have also staged an all-out affront against illegal guns in our community, starting a gun part in our court system to ensure justice is swift and certain for those caught with illegal weapons, recognizing Gun Violence Awareness month and hosting gun buy-backs. As a result of all these efforts, shootings dropped 22-percent last year and crime is at a 30-year low”.

One of the interesting things about Rochester, NY given the Trump election, is the position Mayor Lovely Warren took regarding immigration. One of Trumps large platforms throughout his campaign for the presidential elections was his stance on immigration. Despite knowing these positions, Mayor Lovely Warren declared Rochester, NY as a “sanctuary city”. This means as a city we do not collect information regarding immigration status, leaving immigration enforcement up to the federal government. The concept is by doing this, residents do not have to live in fear regarding calling police for help or accessing city services.

As detailed in prior pre-election political articles,  an issue which plagued the election process was the split in the Democratic party.  RWO covered the debate amongst the candidates and previously featured opponents James Shephard and Rachael Barnhardt.  This is mentioned frequently about Rochester.

Mayor Lovely Warren comments, “The Democratic Party has always been a “big tent” party and we’ve always had our differences. We must not allow our differences to divide us if we want to fight back against the damaging policies of the Trump administration and I plan to work with our party leaders to ensure that our party puts forward a united front.
I plan to continue working hard for the citizens and families of Rochester. I am proud of the progress that we have made, but there is so much more to do, so over the next four years I will continue to fight for more jobs, safer and more vibrant neighborhoods and better educational opportunities. Stand up. Speak up and get involved. With great challenges, comes great opportunity, so make your voice heard”. 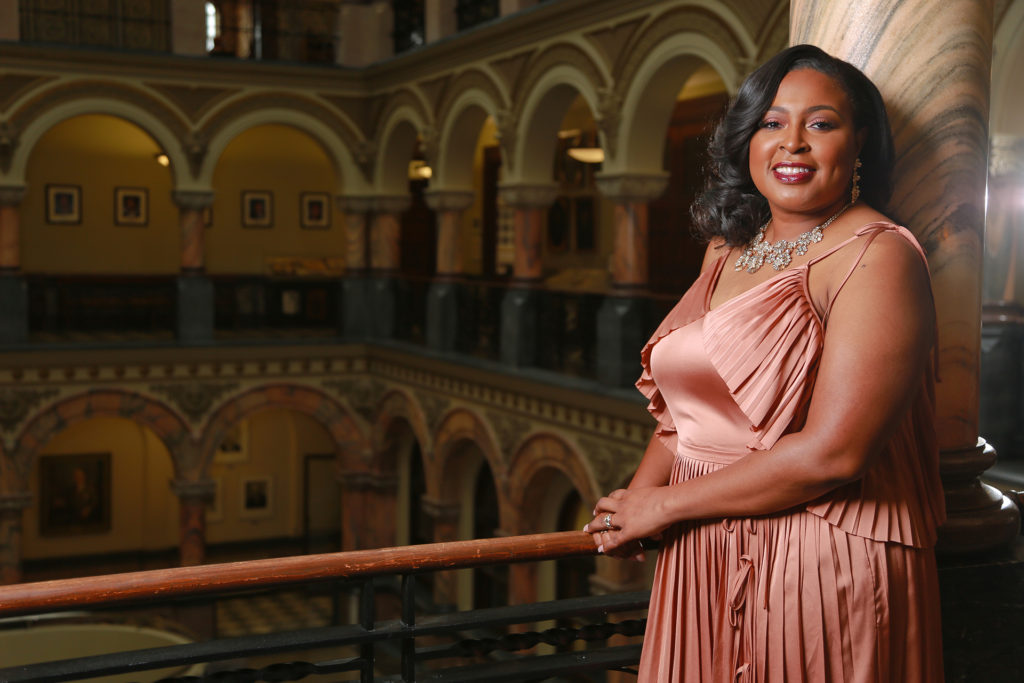 Often as a public figure, people forget at the end of the day, Mayor Lovely Warren goes home and still has responsibilities as a mother and wife. Often the role as mother, is used to keep qualified women out of jobs in power as it is believed somehow women cannot devote themselves the same as men due to mother duties. This is part of the argument used to create the glass ceiling.  Lovely when asked, “How do you balance your family time as a woman in an important, powerful position?” responded:“My family is the reason why I serve, so I make it clear to my team that my family time is as important as any other meeting on my calendar. I also make it a point to bring my daughter to events, so she can see what her mom does. What I want for her, I want for every child in our city.

On the first day of school, I went to school 17 to greet the student’s getting off the bus. School 17 is the Mayor’s Beacon school, the first step in a return to neighborhood schools, which also offer wrap-around services such as a health clinic and mentoring. As the children walked in, some of them were scared, some were excited, but all were full of potential”!

What is interesting about the policies mentioned in the Warren administration is they are full circle. The local government seems to get it. There are preventative policies in place at the schools. The community policing method is decreasing crime. The administration is striving for equality. Most interesting is there is a second chance program for people when they return from prison. Lovely shares:“I believe in second chances and I believe we must stop the revolving door to our prison system. So many individuals want to be productive citizens. They haven’t been given a chance. Through programs like Operation Transformation Rochester, Rejob and the Young Adults Manufacturing Training Employment Program and more we have proven over and over again that if we build the stairway out of poverty citizens will walk it”. 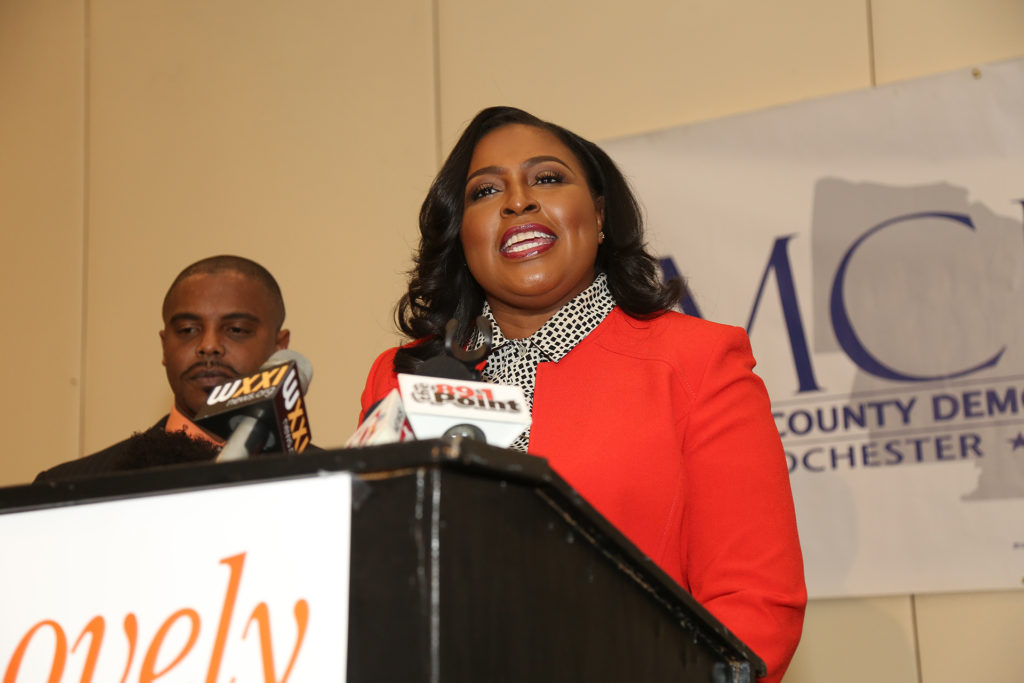