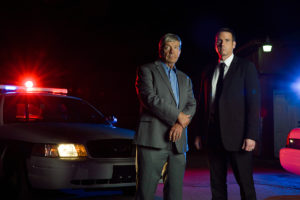 Carl wants people to know he didn’t set out to be a star.  In fact he never acted, not even in high school in Hornell where he grew up, although he did some lighting work in the theatre.

“I was always terrified of being on stage or in front of the camera.  I was, and still am to a certain extent, a very shy person.  It’s something I still fight through on occasion.  I actually always hated having my picture taken… and now look what I do for a living.”

After he graduated, he attended the United States Military Academy at West Point for 2 years. Following West Point, and while studying Criminal Justice at the Rochester Institute of Technology, Carl became a Deputy Sheriff in New York. He served for almost 17 years on the force, most of the time at the Monroe County Jail. 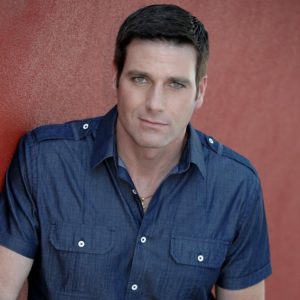 In 2009, Carl moved to San Francisco to be closer to some of his family that had moved there years before.  Arriving in California, he signed with a modeling agency, having done some modeling on the side in Rochester. Soon after, he auditioned for a feature film, got the part, and made his big screen debut in the independent film Sedona’s Rule. Almost immediately after this, he was cast in the NBC show Trauma that was filming in San Francisco, and became a recurring guest star.

He says he enjoys his role playing Lt. Joe Kenda, because “he is a true hero.  He actually really solved these heinous crimes and had to live through the nightmare of dealing with these evil people and the aftermath of the families of the victims.  He was a fantastic detective and rightly deserves his own show.” 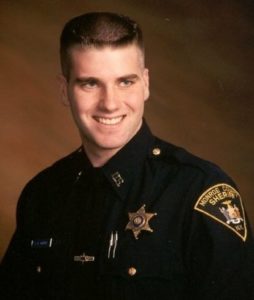 Carl relates to the character having been a Sheriffs Deputy.  “I understand what a thankless, tiring job it can be,” he said.  “Kenda doesn’t sugar coat anything, and what you see is what you get.  His dry humor and sarcasm are fantastic and I love bringing these traits into the character.”

He admits that filming the tv series can be quite daunting.  “We film in Knoxville, TN, which is where our production company is located,” Carl said.  “We basically film every other week for about nine months out of the year.  We film Monday through Friday, and sometimes Saturday for 10 hours each day.  It takes the week to film one episode.

“The hours we film vary each day, depending on if we have day or night shoots.  It’s not uncommon to start filming at 9 p.m. and shoot until sunrise the next morning, depending on the script and if outdoor scenes need to be light or dark.”

Homicide Hunter is the highest rated show on the Investigation Discovery channel and it airs in 193 countries.  Carl is now often recognized by fans of the show on the street, much to his surprise.

“It actually happens on a daily basis now when I’m out, numerous times when I am in the airport,” he said.  “I remember in the beginning how I was both flattered and a little embarrassed whenever someone would approach me.

“The various reactions are what have stood out and amazed me.  It’s run the gamut of ladies crying, shaking uncontrollably, non-stop talking excitedly to not even be able to talk at all.

“I’ve also had people tell me I look like the guy who plays Joe Kenda, then they wouldn’t believe me when I told them I was in fact him,” he continues.  “I’ve had to actually argue with them that I was in fact me.  The weird ones are the people who believe I am really a young Joe Kenda, not an actor playing him.”

He says for the longest time it was difficult for him to believe someone was so excited to get a picture with me, when he had just been a jail deputy a few short years earlier. 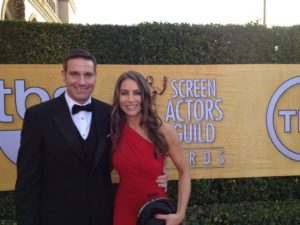 His wife of seven years, Ilona, brought him clarity about it when she said to him “well you ARE a celebrity now, whether you like it or not, so get used to it.”

“While I’m still flattered and humbled by the reactions, I’m no longer embarrassed and enjoy the fan interaction,” he said.  “I am always sure to tell them how much I appreciate them and their support of the show, for without them, there wouldn’t be one.”

When people find out he was formerly a Sheriff, most people are surprised.

“The people who aren’t surprised are other officers.  I get a lot of fan mail from others in the law enforcement professions that say they could tell by the way I carried myself I was a real officer.

“It is fairly easy for an officer to spot another.  A lot of it has to do with the training and experiences that they go through.  We tend to walk and talk a certain way that is noticeable to those that have lived a similar life.  It definitely has made it much easier to portray one on TV. “

He says is most annoying career move was a commercial that he made where his wife kicks him out of bed for snoring.

“It’s been playing non-stop for seven years.  I get messages from people every week from across the country asking if it is me.  Anyone who watched late night tv has probably seen it. “

When he is not working, Carl tries to get back to Hornell and Rochester as often as possible, usually three to four times a year.   He was in Hornell on St. Patricks Day, as he usually comes back for it.  He was also in Rochester a few months ago for a friend’s retirement party.

“I still have a lot of friends and family in New York and I enjoy coming back.  My wife has also gained a appreciation for the upstate area and its beauty,” Carl said.

“She was born and raised in San Francisco and had never seen the area.  I’ve taken her all over the Finger Lakes region, around Lake Ontario and the 1000 Islands.  I am very proud of having grown up in such a great part of the country and always make sure to promote Hornell and Rochester.”

In fact, Carl maintains a 585 phone number due to his fondness for the area.

“We enjoy giving back,” Carl said.  “Running these races together is a great way to raise money while spending time together, seeing new places and challenging ourselves.

He also loves to play poker and is in a local poker league in San Francisco.

“I have actually gotten quite good at it and have been the leagues champion both of the past two years, even having missed half the games while filming.”

Carl says he thinks he is the same person he was before fame, just maybe a little or a lot wiser.

“I remember where I came from and who my friends are.  I would still do anything for anyone.  There is no amount of fame or money that could change that.”