DR MYRA HENRY: on a mission to eliminate racism and empower women

Can you tell us a little bit about the YWCA, and its mission. How did the YWCA get started?
A brief history of YWCA Rochester and our commitment to serve women in this community is best described as. A Legacy of Women Helping Women.

In 1883, eleven empowering women saw a need to provide housing for young women moving into the city for the first time to find work. They founded a women’s association that years later would vote to become a member of the national organization known as the YWCA and opened a small boarding house. Employment services were offered, as well as classes in arithmetic and English since educational opportunities for women were extremely limited. 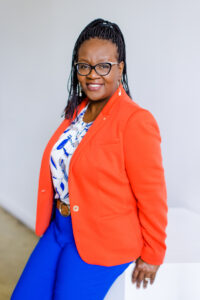 As the YWCA’s programs expanded, so did the need for additional space. In 1888, the YWCA opened the first gymnasium classes for women in Rochester, including the first public swimming pool for women. Around this time, rooms could be rented for $1 a week. Meals were not provided but could be purchased on site; a full meal cost 11 cents.
In the early 1900s, programs for girls became a central part of the YWCA’s mission. The Girl Reserves, later to be called Y-Teens, would give girls a place to gather, offer a wide range of classes, and provide opportunities for community service. It was also around this time that the YWCA opened the first camp for girls in the area, Camp Wacona, near what is now Seabreeze. Camp Onanda would soon follow.

In 1922 the organization established a race relations committee and created the Caladonia Street Branch of the YWCA for African American women, later called the Clarissa Street Branch. By 1951, all of the YWCA’s programs and services were fully integrated at its new facility on North Clinton Avenue.

As the agency continued to grow and serve even greater numbers of women, the YWCA’s programs and activities flourished. Clubs and programs were formed for nearly every purpose imaginable. From the organization’s earliest days, groups of area women who supported the association and its mission had begun forming into what were called “Chapters,” or groups that gathered to spend time together for leadership and service opportunities. One of these chapters, the Sibley Chapter, continues today, generously contributing to the programs of the YWCA.

In the late 1960s and 1970s, the YWCA served as a place for the community to come together to discuss social issues. The leadership of the YWCA at the time, which included Mrs. Ermine Byas and Mrs. Betty Jane Altier, became a strong voice for racial justice. Eliminating racism in all its forms became a hallmark program of the YWCA at the national and level. Focusing on offering services that fostered social justice and economic empowerment became critical to the agency’s mission.

At this time, several programs still offered today were founded, including the School-age Parents Program in 1969. This program was the first in the community to help teen mothers stay in high school. The YWCA also opened the first substance abuse treatment center exclusively for women. Once health and fitness centers became readily open to women, the YWCA decided to concentrate its attention on programs benefiting women in need. The pool and gym facility were converted to more housing units and space for the Women’s Resource Center.

As we continue to focus on empowering women whose needs are not being met elsewhere in the community, our programs today address two critical needs – providing affordable housing for women and their children, including emergency housing for the homeless, and improving the graduation rate of our young people.

For over 137 years, the YWCA has been a powerful resource in our community. Through strong leadership and careful strategic planning, the agency has continued to grow and adapt to meet the changing needs of women and girls.

The YWCA is a powerful resource for women & children in our community. 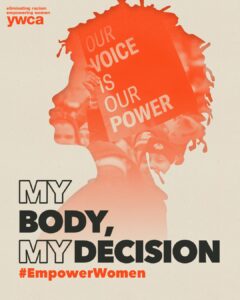 What are some of the services that you offer and how do they impact the lives of the residents?
YWCA Rochester & Monroe County is an as an influential leader in racial equity, housing, addiction recovery and young adult services for women and families. We impact more than 1000 women and their families annually with a variety of case management and support services that lead to stable and affordable housing, success recovery from addiction as well as parental guidance and education for emerging leaders.

Tell us a little bit about yourself, Dr Myra Henry, and what led you to becoming the President & CEO of the YWCA of Rochester.
The mission!!! YWCA’s mission to eliminate racism and empower women is passion work for me. Every day, I have honor of serving in an environment that uplifts and motivates. This position is an opportunity to bring my lived, work, and academic experience into full view in service of others.

What has been your biggest challenge since becoming the CEO?

Joining a non profit in the midst of global pandemic, racial strife and political polarization and making sure we are able to continue providing the much needed services to the women in our community, is the most challenging. However, the amazing team people I get to work with also make this very challenging work very rewarding as well.

If you could have dinner with anyone living or passed on; who would it be and why?
Dr. Dorothy Height, as one of the pillars in the YWCA movement to eliminate racism, I would ask her, “how do you maintain strength in the midst of adversity?”

What are some of the changes you hope to implement being CEO?
As a relational leader I hope to bring about change within the organization where we do all things through an equity lens – making sure that we are encourage each other as we work daily to encourage and motivate the people we serve. 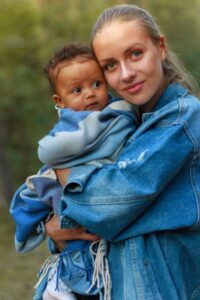 Who in your life has inspired you and how has their inspiration helped your career?
I am inspired most by parents – especially my mother, who blazed a trail and one of the first Black women journey at General Motors. Her perseverance taught me I can truly be and do anything I put my mind and heart into. Her example of strength, beauty and self-awareness guides me today.

What piece of advice would you give a woman struggling today?
Take time to self-reflect often, celebrate all the wins, don’t get too stressed and always remember you will get through – this is but one moment in time.

What resources are the most needed in your opinion for women and children that are coming to the YWCA?
The need for safe, affordable, desirable housing is much needed for the women and families we serve. Many of the women we serve have experienced some level of homelessness, are often underemployed and find it difficult to find sufficient housing.

What do you feel has been your biggest success to date since taking on this challenging role?
A big win for us, is the successful return of the Empowering Women’s Luncheon – we were able to bring more than 800 people together to celebrate and honor the women who serve as activists and  allies in this movement to eliminate racism and empower women.

How would you describe yourself in one word?
Thoughtful

Where do you see yourself, and the YWCA in five years, or 10 years? 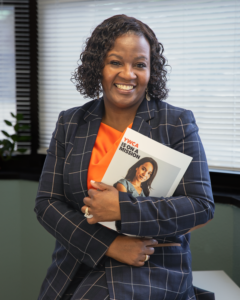 How do you empower yourself and the women around you?
I empower myself by reflecting on the shoulders I stand on and by providing opportunities for other women to reflect as they grow.

What makes you a strong woman?

My faith and family.

What fulfills you?
Knowing that I have a calling on my life to serve others and to treat everyone with same dignity and respect.

Tell us about one person you have met through the YWCA whose story has impacted you.
I have met so many wonderful women through the YWCA, one in particular is an older women who lives in our permanent housing – over the summer she introduced me to her teenage granddaughter – she wanted me to meet her granddaughter because she felt was important for her to see a Black women in leadership. That’s why I, do what I do – I have a responsibility to encourage and motivate others – by being an example of a success Black woman in leadership.