Emilee: The Story of a Girl and Her Family Hijacked by Anorexia

Your book that has been recently released on amazon and audible about your daughter Emilee describes her as “ A beautiful, young woman — a talented athlete and musician, raised in a loving home, surrounded by friends — undermined by a ruthless inner voice that claimed her body and her spirit.

Emilee: The Story of a Girl and Her Family Hijacked by Anorexia reveals the cracks in our health care system, the institutions we are taught to trust, as well as our own prejudices and misinformation about eating disorders, mental illness, and addiction.

Tell us a little bit about your daughter Emilee and what she was like growing up prior to her eating disorder.

Emilee was an extremely compassionate soul, we first noticed this when she was two years old, in the tender way she attended to and looked out for her baby brother. Emilee was bright, athletic, and kind. Her smile and her energy lit up a room. She was musically talented and loved playing the violin and playing soccer. Emilee adored children and was a favorite babysitter. Animals, especially dogs, held a special place in Emilee’s heart. She was quick to lend a hand and help a friend, and she was the friend others turned to for support and advice. Emilee was thrilled to receive The Citizenship Award in eighth-grade. She was also the recipient of a Women’s Leadership Scholarship to attend Wells College. At every opportunity, Emilee was on the go, doing things with friends and family. She loved life.

Before Emilee was diagnosed with anorexia, did you know anything about this disorder?

I didn’t know a lot about the disease, but when I look back on my life there were several people that I knew, who most likely had anorexia. One of them was a friend I went through grammar school with. It was evident she was painfully thin and shy. Her mother told her friends that her daughter was different, and she wanted us to understand that eating was hard for her. At that time, most people had never heard the word, anorexia. Because I was a child myself, I accepted the explanation and didn’t think too much about it. Karen Carpenter’s death, in 1983, made society aware of anorexia and how deadly it could be. Before Emilee got sick, I had limited knowledge about the disease, yet I felt compassion and understood no one would starve themselves on purpose. 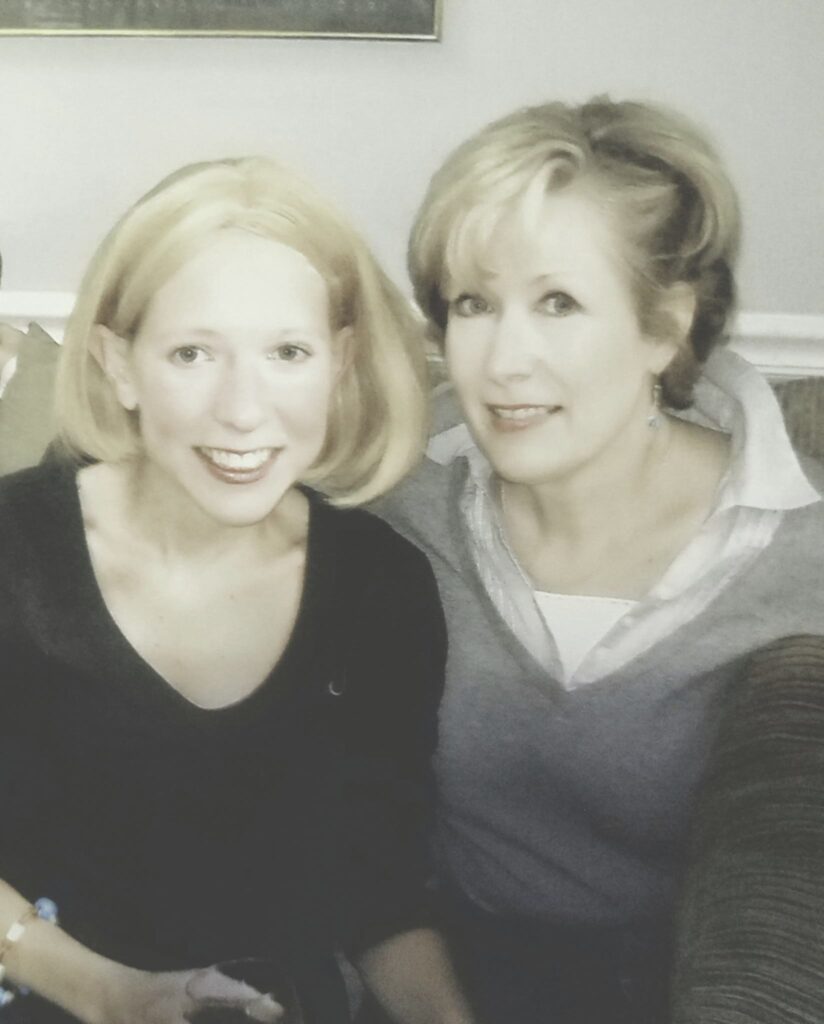 How did this disorder affect your family in the beginning? What about later on as it progressed?

We took the diagnosis seriously. We were concerned and supportive and we were confident Emilee would get the help she needed. We didn’t panic. We saw Emilee enlisting a counselor and an eating disorder therapist. Emilee became closer to us, even moving back home for seven months because she knew she needed more support.

As the disease progressed and Emilee struggled, it became more and more difficult for all of us. We were supportive, Emilee was close by, and we stayed very connected because we were perpetually worried, but she often resented our efforts to help her. Our daughter was not herself. Her brain became increasingly more malnourished, and the eating disorder was controlling her. Her brain and her life were being hijacked, right before our eyes. We kept trying everything we could think of and were advised to do to help her. We lived in a state of fear.

When did you start to notice changes in her? Tell us about some of the signs that if you knew now you may have been able to help her with sooner.

When Emilee was finishing up her last two years of an accelerated Doctor of Pharmacy program we noticed when she came home that she was anxious. Emilee complained she was having trouble sleeping and turning off her mind. She was diagnosed with generalized anxiety disorder. Emilee would later tell us that this is when the eating disorder began taking hold, though she would remain a normal and healthy weight for another two years. I’ve learned that sleep issues and heightened anxiety are often symptoms of other underlying issues, and that the person experiencing them may not be telling you the whole truth.

In your book you provide a very intimate and realistic account of how your world was turned upside down by your daughter’s anorexia. What made you and your husband decide to write the book?

What is your main goal in sharing your story?

There is a tremendous amount of shame and stigma that keeps individuals and families from reaching out for help. We want to stop the stigma and begin the conversations that need to happen inside and outside the medical community, to raise awareness, evoke compassion, improve treatment, and change policy.

The typical anorexic patient is said to have different family dynamics which typify them. In general, the anorexic family is seen as highly rigid and controlling, or at least perceived that way by the patient. In reading about your family and Emilee, this doesn’t seem to be the case. What do you think led your daughter on this path?

There are many myths surrounding anorexia. Eating disorders affect families of all types and people of all ages, races, genders, socioeconomic backgrounds, and sexual orientations. It is true that individuals with anorexia are often perfectionistic, driven, and competitive, and those are traits that we inherit biologically. There are many athletes and high achieving individuals who develop eating disorders. Emilee was a high achiever, and she was perfectionistic. We never pressured our children athletically or scholastically, we just told them to do their best. Eating disorders often develop in adolescence but people can develop an eating disorder at any age. And times of stress can be a factor in the development of an eating disorder. It is said that biology loads the gun, and the environment pulls the trigger. We believe the pressure of the accelerated graduate program contributed to Emilee developing the disease. 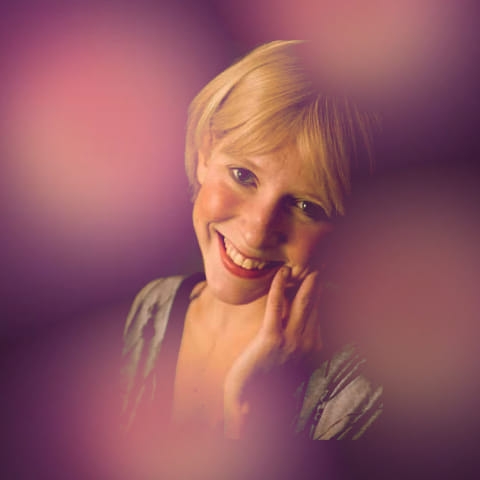 When you first realized Emilee was anorexic, can you tell our audience what some of the things you tried to do were and where the health system fell short?

We read many books on anorexia and we helped Emilee find a counselor. Jack and I also began seeing a counselor. When things got harder for Emilee, she came home to live, for seven months. That was a time we treasure. Emilee made progress, gained weight, and began building her own home, however, a little over a year later, Emilee said the eating disorder was getting the best of her and that she needed more help than was available in the Rochester area. She went to another state for treatment, but she was back home ten days later. Her insurance provider stopped payment after she gained two pounds, due to the fact that she was at 75% of a low-normal Body Mass Index. Residential Treatment costs upwards of $30,000 a month. Her insurance company also refused to pay for her to be treated at the outpatient eating disorder center that had recently opened in Rochester. Initially, it was the insurance provider that let her down. They told her she wasn’t sick enough to remain in treatment.

It seems our current health system is the one that really failed Emilee. What do you think could have been done differently that could have helped save Emilee?

I believe Emilee would have benefitted from a mental health system that consisted of a team that communicated with each other, inside and outside of hospitalizations. We need a system that gets people the help they need before they are rendered to ill function. We need the medical community to receive more education about eating disorders, so eating disorders are recognized and treated sooner. We need the insurance industry to be on board with recommended treatment, they are part of the team. We need a system where there is collaborative, I could think about was what Emilee was going through. It wasn’t supposed to happen the way it did. It all came down to a decision that had to be made on the spot, a misunderstanding, and a legal system we had no experience with.

What is one bit of advice you would tell parents in this situation that you wish someone had told you?

Take the diagnosis of anorexia as seriously as would a cancer diagnosis. Or even more seriously than a cancer diagnosis. The mortality rate associated with anorexia is 12 times higher than the death rate of ALL causes of death for females 15-24 years of age, according to the National Association of Anorexia Nervosa and Associated Disorders (ANAD).
Without treatment, up to 20% of people with serious eating disorders will die (ANAD).

Do you think the healthcare system has made any progress at all since 2010?

Yes, I believe there has been some progress made. Recent research is helping physicians and other medical professionals understand more about the disease and how it affects the brain. The progress that’s been made is a start, it’s a ripple in the water, but we need to make waves. We have a long way to go and a lot more to learn.

What are some of the things you think that Emilee would want us to know about her? What would she say to others with eating disorders?

Emilee would want you to know that she was witty, funny, humble, and hard-working. She liked being athletic and strong. She would tell you that we shared a very special, close relationship, and that she loved her family, her friends, and that she loved helping people. She had hoped to one day to volunteer her time with autistic children. She loved children, animals, and most especially, she loved her dog, Duncan. As far as what she would say about eating disorders, I think she would say, she wished they didn’t exist. Maybe someday they won’t. 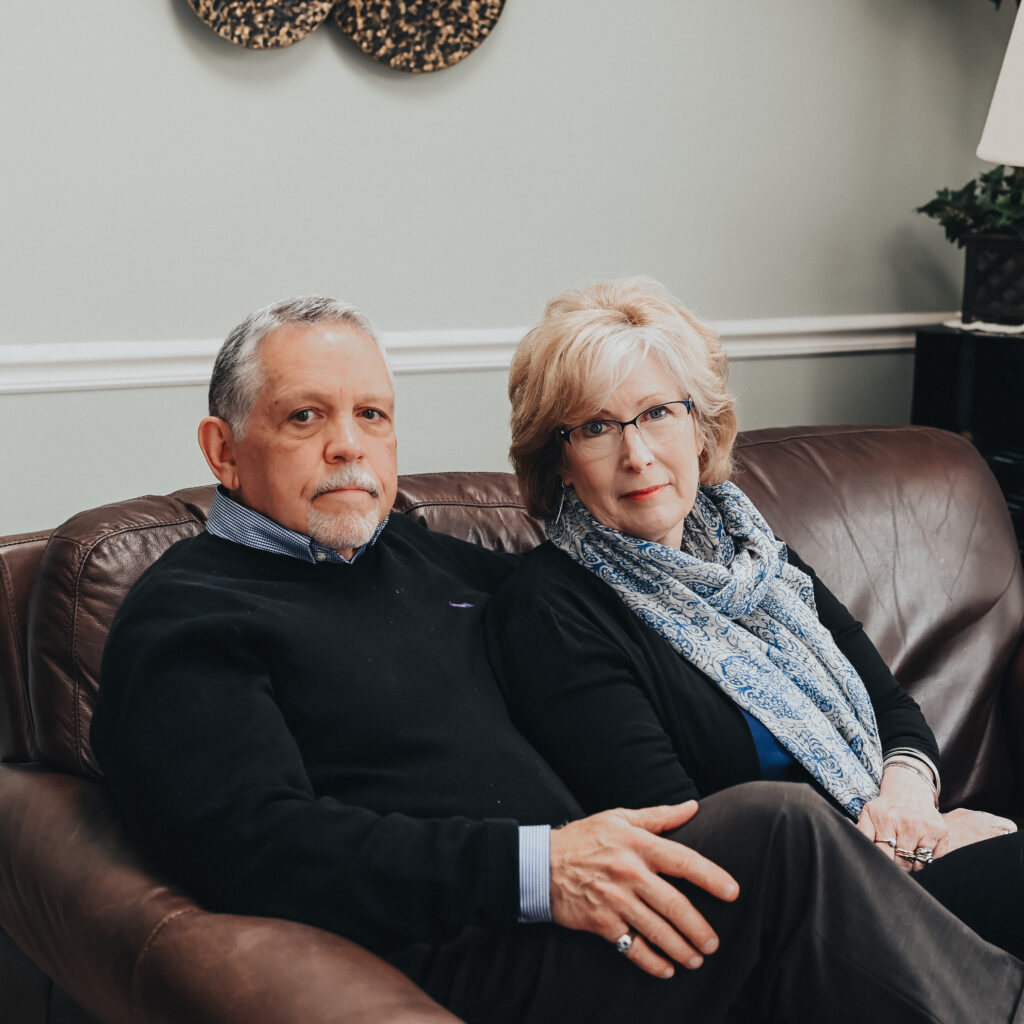 Through our journey we’ve discovered that everybody knows someone with an eating disorder. There is hope and people do recover. The earlier treatment can begin and the sooner families and loved ones can learn how to support the person with the illness, the better. Shame, stigma, and the eating disorder itself, stop people for reaching out for help. This is true of all eating disorders. Individually and collectively, we need to do better.