From Seeker to Superhero

Dr. Pam Denton has dedicated her life to helping women explore, heal, prosper, strengthen, and, ultimately, find their inner superhero. Her path began to reveal itself during her senior year in college when she started getting sick constantly. Feeling terrible physically and mentally, she found it harder and harder to get out of bed. She knew something was wrong at a deep level – but what? She sought medical help and was disappointed when the doctors focused only on her symptoms without digging deeper to find the possible source of her exhaustion and illness. Finally, when she was once again at the doctor’s office being offered a prescription for antibiotics, she had a powerful flash of insight. 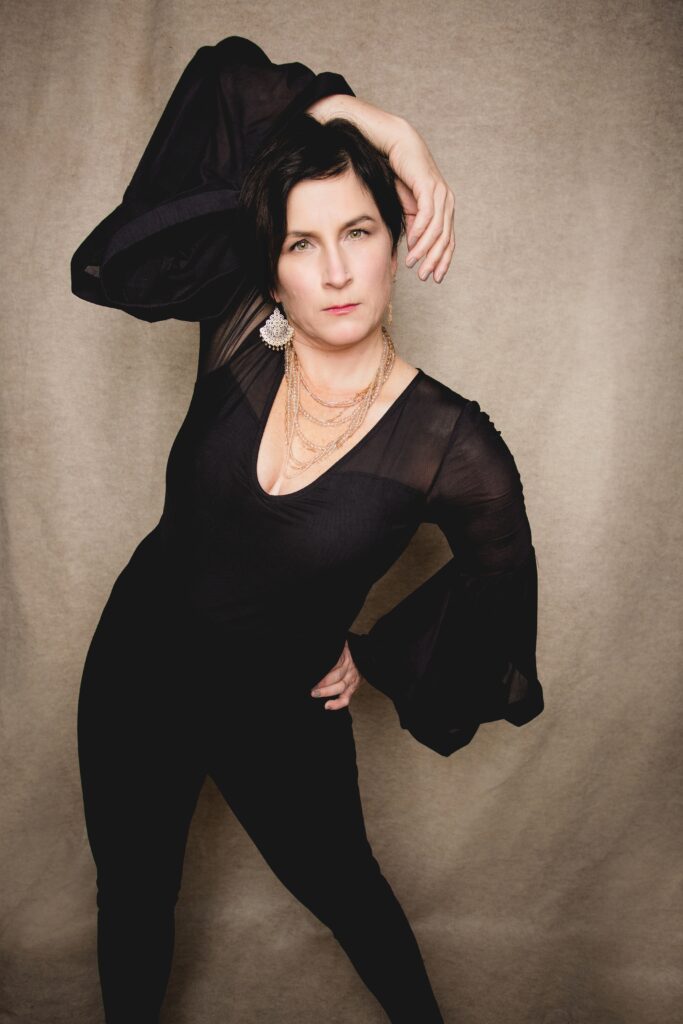 “I’m not sick,” she thought. “There is something wrong with me that can’t be fixed with antibiotics.” In that moment, she knew she was depressed and also that she didn’t want to follow traditional Western approaches for medicating or treating depression. She walked out of the doctor’s office and vowed to start down a new path.

On that life-changing day, Pam made a conscious choice to believe in her body’s ability to heal itself. She knew that her body’s innate intelligence was super-powerful and that, given the right tools, she could be her own superhero and bring herself back to balance and health. At the same time, she witnessed her college friends going off to interview for corporate jobs. This followed the path that Pam had been taught growing up: “Go to college and then get a good job.” But just as she knew that traditional medicine was not for her, she knew she could not follow the traditional corporate path after college. Instead, she took a leap into the unknown, taking time to explore her passions and trusting her intuition to lead her toward her authentic life purpose.

Superhero Tip #1: You can do it your way! Pay attention to the signals your body gives you. What gives you pleasure and satisfaction? What energizes and excites you? Let yourself be motivated by what lights your inner fire, not by what others tell you is right for you. Stop listening to the mandates of others and listen to your internal mandates!

To get in touch with your inner fire and listen to your inner mandates, join Dr. Pam for her FREE semi-weekly BreatheFit Upgrades! https://supercorefit.com/fitness-classes

Over the next few years, Pam undertook a conscious and rigorous course of self-exploration and self-healing. To heal her depression, she began breathwork, journaling, practicing yoga, meditating, and going to a chiropractor for network spinal analysis. She returned to teaching fitness and became the fitness director at the local YMCA in order to take care of her body and help people as she had in high school, when she had been a lifeguard and fitness instructor. During the course of her soul searching, she found the answer to overcoming depression and finding her passion: being true to herself. “I couldn’t go the traditional route that so many of my friends and family took,” Pam says decisively. “I knew it absolutely. If I tried to fit myself into that box, it would be devastating for me.”

Pam’s authentic purpose emerged over several years of dedication to her search. In discovering her body’s innate healing capabilities, it became clear to her that she was here to be a superhero in her own life – and in others’ lives as well. She wanted to save people’s lives as she was learning to save her own. Just as she had been a lifeguard so she could save people from drowning, she wanted to save people from self-destruction. She wanted to help people heal themselves and become their own superheroes. But how?

The answer was revealed one night in a dream. Pam recalls the dream vividly even today, 25 years later. “The dream was handed to me fully formed,” she says, amazement still evident in her tone. “A voice said, ‘This is your path.’ And the path was becoming a chiropractor.” Pam had never thought of becoming a chiropractor, so this dream directive came as a shock. Even so, she never questioned the dream’s validity. She knew the voice came from her authentic self. She went immediately to her chiropractor and told him that she was going to chiropractic school. “He said, ‘Why would you want to do that?’” Pam recalls with a chuckle. “He thought it was a terrible idea. But that didn’t stop me. I believed in the higher wisdom of the dream, and I went for it.” 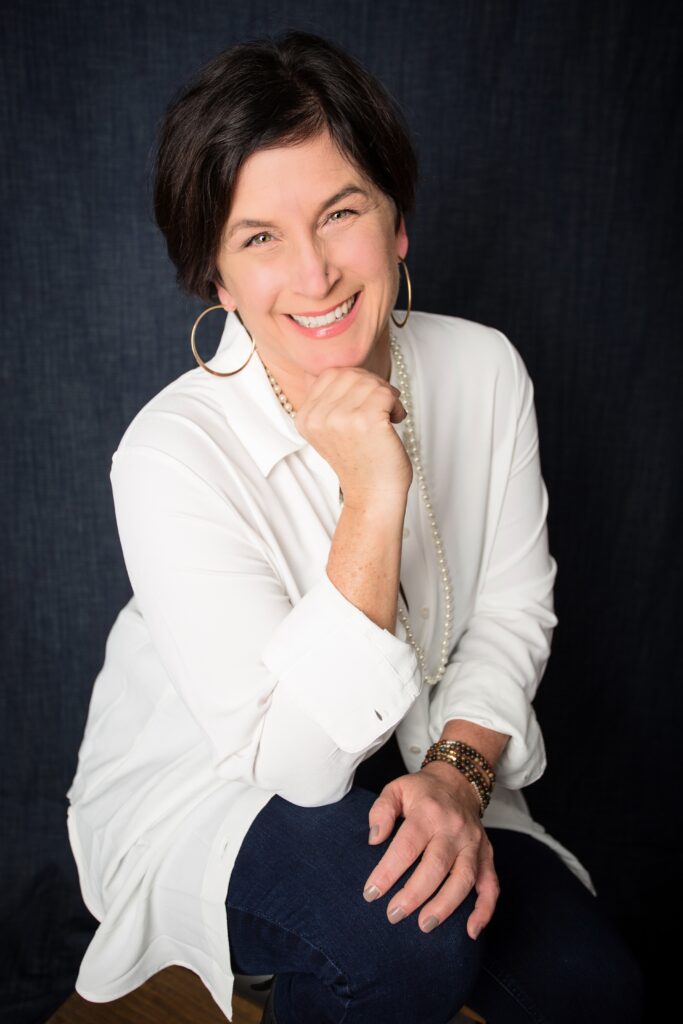 Superhero Tip #2: Follow your dreams! Tune into your inner knowing about what is right for you. Pay attention to what your dreams are telling you. Your intuition doesn’t lie! Your inner voice speaks to you in positive language, so listen to that positive voice and pay no attention to the negative voices in your head that tell you you’ll never be able to do it. What do you long for and desire? How can you achieve that outcome? Tune into the positive inner voice that guides you to bring your wildest dreams to life.

Pre-order my forthcoming book SuperCORE to the Rescue! and learn to breathe, move, and spark your innate positive energy! [add Publishizer link]

After gaining her Doctorate of Chiropractic, Pam returned to her hometown of Rome, New York and founded her first Network Wellness Center. She discovered that she had much to learn. Running a business, being a new mom to her daughter, and bringing alternative healing to a conservative city was a challenging combination. She realized she would have to develop her superhero skills to new levels in order to prosper.

Several ventures later, Pam was well versed in running a business. She began to recognize that the challenges she had faced in achieving a doctorate and starting her own business in a male-dominated field while mothering were challenges that many other women faced as well. She wanted to help the female business owners she saw struggling every day to survive and thrive in business. She became a women’s business coach so she could help women achieve the superhero strength they needed to believe in themselves.

After years of working with women on healing their bodies and minds, Pam began to see a pattern emerge. “Listening to women’s stories made me realize that there are three major areas of healing for women: love, sexuality, and money. And these three areas are all connected. I recognized that in working with women, I needed to address all three topics in order to help them truly heal, gain confidence, and activate their inner superhero. Women typically have major blocks that keep them from achieving success in these areas, and they don’t have the tools to move through the blocks and heal their relationship with love, their relationship with sexuality, and their relationship with money. My job was to give them the tools.”

Superhero Tip #3: Explore your relationship with love, sexuality, and money! There ARE tools that can help you. Seek out a healer who can help you heal these areas and give you the tools. I have helped hundreds of women to achieve happiness and success, and I would be happy to help you!

Read my book On the Other Side: Messages from Spirit for Women to begin breaking through to your authentic self-expression and power! https://publishizer.com/supercore-to-the-rescue/Other-Side-Messages-Spirit-Women/dp/1978127243/ref=sr_1_1?dchild=1&keywords=dr+pam+denton+on+the+other+side&qid=1604780966&sr=8-1

Pam’s path took another turn when she moved on from business coaching to become a female sexuality coach. “I made this choice because it became clear to me that sexuality was at the root of women’s pain and dissatisfaction. Sexuality is the deepest, most energetically charged part of us. When we are blocked or traumatized, we lose connection with our bodies, our relationships, and our innate intelligence. I saw that sexuality was the base that connected the two other topics of love and money.” Pam observed that when women feel embodied and sexually empowered, they also feel prosperous and abundant, naturally attracting money and the right lover. Conversely, when their sexuality is “off,” they enter a state of lack. Their life force energy is turned off and they can become depressed, as Pam was in college.

Satisfying as sexuality coaching could be, it was also challenging. “Women have so many wounds about sexuality that they often shut down and can’t even address the topic,” Pam explains. “I began to feel that I wasn’t reaching as many women as I could if I came to them from another angle. Also, the work was so intense that my own energy was getting drained. I realized that I needed to move on for my own health.” Never one to shirk from the mandate of her body’s innate intelligence, Pam did move on.

Superhero Tip #4: Fearlessly follow your intuition! Sometimes your intuition tells you to change course, even though you might be very successful in the course you are on. People might tell you you’re crazy to quit and do something else – but no one knows what’s right for you but YOU! When the world says move on, MOVE ON!

To restore and increase your vital life force energy and connection with your innate intelligence, take a SuperCORE BreatheFit or SuperCORE Fit class! https://supercorefit.com/

“I’d had many visions of myself standing on a stage, speaking to thousands of people,” Pam says. “And 2018, I set myself the task of making this vision a reality.” Pam began organizing and speaking at events in New York City and central New York State. She was revving up for a full year of speaking engagements and conferences for 2020 when the COVID-19 pandemic brought such events to a screeching halt.

“At first, I was devastated,” Pam admits. “I felt like my chance to reach thousands, even millions, of people had been taken from me.” But the pandemic had an unexpected silver lining. Pam started working with a group of female leaders and healers nationwide. She developed the Upgrade, a guided visualization to activate the intelligence of the body’s central nervous system. But something was missing from the Upgrade – a focus on breath and movement to bring people into their bodies. From this realization, SuperCORE Fitness was born.

With SuperCORE to the Rescue!, Pam has integrated the many facets of her expertise. “All aspects of my work culminate in leadership,” Pam states. “And SuperCORE to the Rescue! to the Rescue! is the method for building the necessary core intelligence for leaders to step into their authentic superhero power and positively influence the world.” This gives Pam great satisfaction as it fulfills a life goal of helping leaders, and women in particular, step into their greatness. “SuperCORE saves lives by providing an energetic lifeline and the positive motivation that is necessary for stepping into our superhero power.” 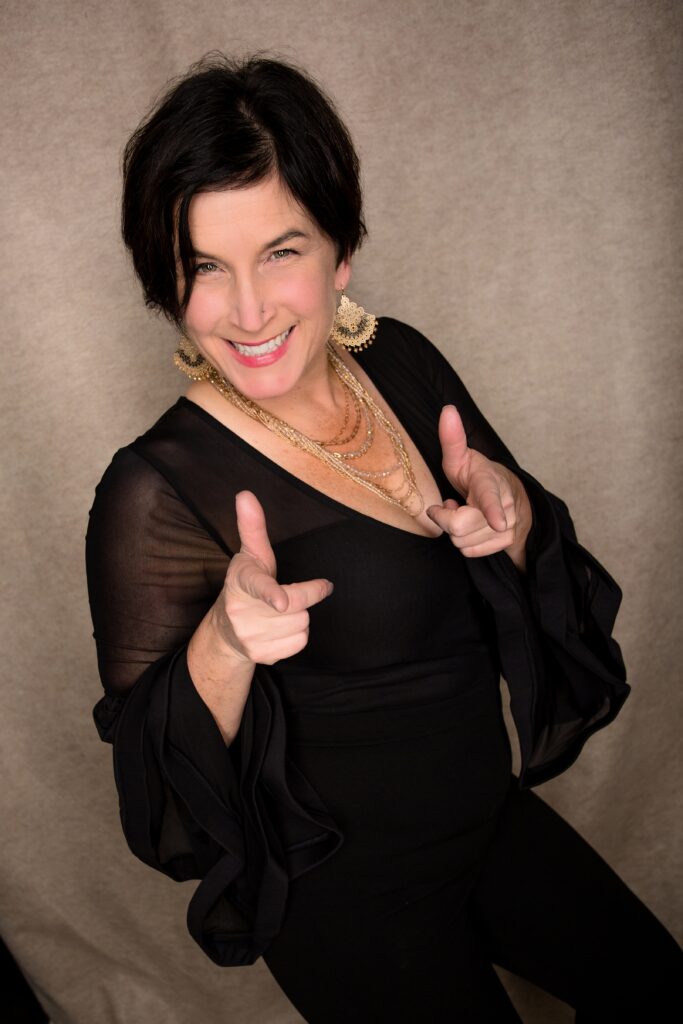 Superhero Tip #5: Put on your cape and fly! Go within, breathe, and listen to your intuition. Take a leap of faith and follow what your inner knowing tells you. And claim your birthright as a superhero in your own life!
Join our growing community of superheroes! Sign up for our email list at https://supercorefit.com/.
About the Author

Hillary Welles is a SuperCORE Fitness instructor, co-author of SuperCORE to the Rescue! and a founding member of the SuperCORE development team. A Black Belt Nia instructor and Nia MOVE It™ instructor, she brings nearly two decades of holistic fitness experience and intensive study to her work with SuperCORE to the Rescue!. She holds an MA in Shakespeare Studies from the University of Birmingham, England and a BA in English Language and Literature from Smith College. Hillary has ghostwritten and edited many books in the field of personal growth and is passionate about sharing the benefits of integrative fitness through a powerful blend of strength, humor, spiritual presence, and skill.