IN HER OWN WORDS

IN HER OWN WORDS: A MOTHER’S PERSPECTIVE BY LAURIE MCNIGHT

When your child is diagnosed with Testicular Cancer

If the Covid-19 pandemic was not enough to change our lives in 2020, I had learned to manage this new normal and my position as Executive Director from home. I had not seen my five children for many weeks.- especially the baby who had been away at school and working. In late May he arrived home and shared rather uncomfortably a health concern he had…something that would change our lives for the next few months and beyond. The initial medical appointment was supposed to just rule out our concern. After all my baby just turned 20 years old- what could be seriously wrong with this healthy fit kid? But when my son emerged from Our doctor’s office with orders for an ultrasound and a urology appointment I was surprised and concerned. In faith I believed that this was just a routine precaution. But the ultrasound was not as positive as I believed, and neither was the lab work.

A week later we sat in the Urologist office while the Dr. discussed the results, and very matter of fact stated the ultrasound demonstrated that the small mass indicated a malignancy. My son and I sat there listening to the report that it was likely to be cancer, was common, how youth is on his side, it could be removed, and his prognosis was excellent. I listened, I felt the surreal aura encompassing me, us. It was outpatient surgery, it would be scheduled right away. Suddenly, you are faced with a whirlwind of tests, appointments, and surgery. A mother’s worst nightmare is anything serious happening to her child. Every morning I opened my eyes, thanked God for our life and looked for a sign that this was just a bad dream. This could not be happening. 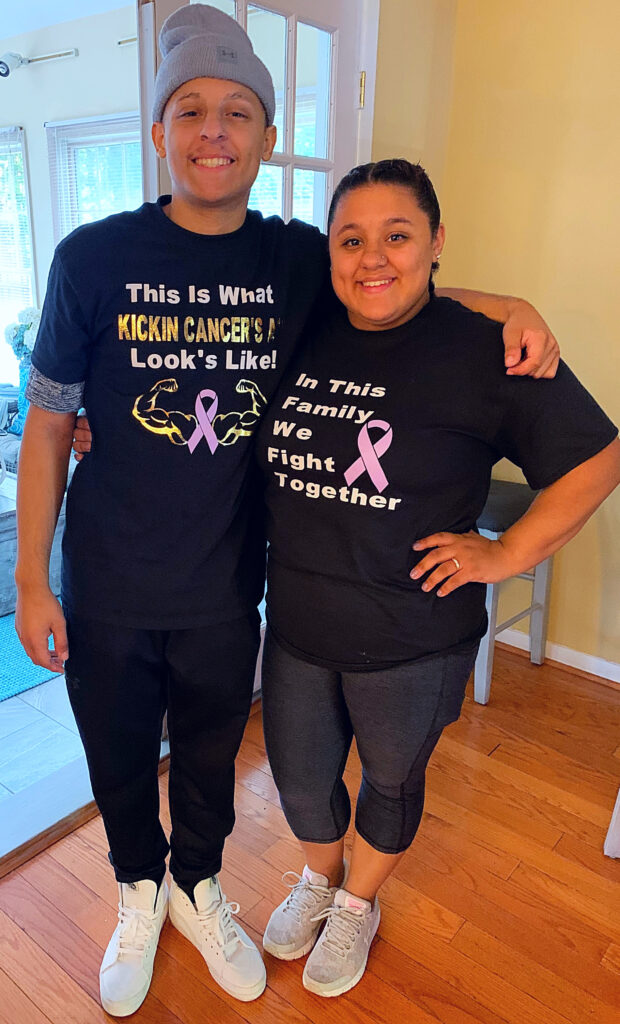 As we drove to the hospital for surgery, I reminded myself not to cry in his presence. He needed my strength. He was quiet, reserved, and tired but he is 20 and As I walked him to the hospital door, I realized it was far worse than leaving him at his Kindergarten class or even at his college dorm the prior year. Covid-19 pandemic restricted me from attending the surgery and walking back to the car to wait I just cried the tears of a mother whose baby was hurting, and I could not fix it-the only thing I have never been able to fix for him.

Many very anxious hours later I got the call to collect him, and the surgeons call that it went well, the biopsy proved the Urologist correct- it was malignant and had been removed. But it was contained and gone so the prognosis was “excellent”. The next few days were awful, but I was appreciative to be at home during this time and became mom the caretaker instantly. My son was experiencing things we could not imagine or believe. My prayers were constant. My plea for healing was incessant. I called prayer groups, pastors, friends, and family to pray and believe with us. Yet something continued to nag at me, and I could not feel peace. Now I knew I had to be extremely educated.

I felt the room close in, the doctors voice faded as the shock was paralyzing for a moment. I stared ahead, afraid to look at my son as I blinked back tears but still some escaped and ran down my cheek at the exact moment my son, in slow motion turned to me. I knew he needed me to say or do something. I am his mother, I fix everything, I always know what to do, I needed to fix this, he needed me to fix this. My mother’s heart was crushed, broken for my child because this I could not fix. I uttered questions, words out of order….what is the prognosis. “It’s still incredibly good but he will need treatment. I am sending you to an oncologist”, An oncologist? A cancer doctor? This just got even more real. Fighting anger, tears, and wanting to scream at the doctor, we scheduled the appointment. In the car we sat in silence for a moment. My son broke the ice, “so lets go eat” -always the answer for this Hispanic and Sicilian.

And so, the nightmare began. Yet, something in me arose from the emotional distress after the doom and gloom two-hour consultation with a diagnoses of stage three testicular cancer. I had gathered some increased mama bear strength, done my research and summoned my higher power -I refused to accept stage 3. There is nothing I would not do or learn for my child. I can tell you whatever you want to know about this cancer. I understand every lab acronym, every blood test, every treatment, and every cure rate. This was MY baby and his health. The plan to infuse chemotherapy poison into him was not going down without my knowledge of the diagnosis and the treatment. I called every successful large hospital on the east coast and learned every detail and discussed second opinions. I will tell every parent of a male child- never think this could not happen to your child. The highest incidence rate for testicular cancer is 15-35 year old males.

My faith, strength, a praying community, and knowledge were the keys to getting through this nightmare. It kept my son strong and because his belief that he was going to be well and his “just cancer- I am not dying” mentality it gave me such hope. He was correct- he was going to beat this! Many days I cried, walked the trails at the cancer center and prayed as I waited for him at his treatments. I followed every test result, I used the medical app, asked a million questions, sought advice, read everything and I pushed for more to happen. I took care of him 24/7 with all my nutrition and now medical information I was determined to make him well and beat this life sucking monster!

Six weeks later, with a future schedule of 12-weeks of aggressive treatments- his tumor marker levels (now I know them all) were already back to normal range. Through terribly sick days, weight loss, hair loss and two hospital stays for low counts his young body continued to fight and heal, reducing his treatment need. We celebrated his ringing the bell this month with the whole family present in our supporting tee shirts. While he is still recovering, I know the power of education, faith, support, the great treatment at Pluta. Ensuring my child received excellent and effective care was my mission and will be always. Our journey is nearing its end and new beginnings are on the horizon- thankfully! 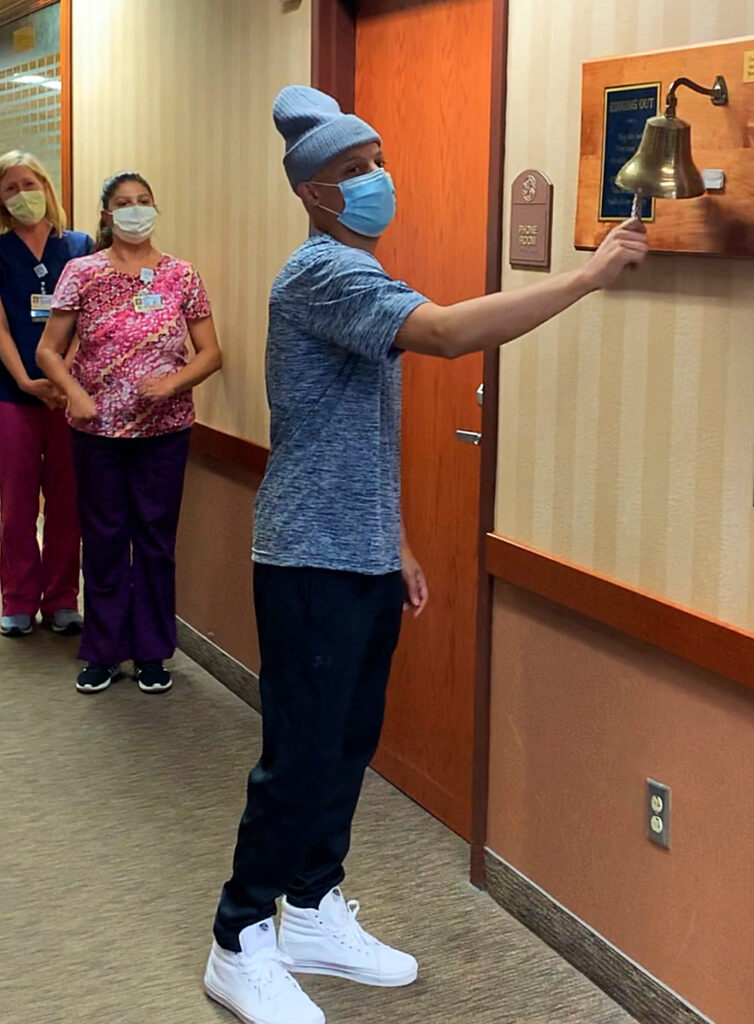 ~I love you forever, I like you for always, as long as I am living my baby you will be~

Be educated, know the signs, and teach your young men to detect early! www.cancer.org