SIERRA MONAE: ON HER OWN BEAT

An Interview with Radio Personality, and 105.5 the Beat’s very own Sierra Monae

For decades, WDKX held a monopoly on the R & B/ HIP Hop/ Old School genre of music in the Rochester area. At first, we only had FM/AM to choose from. In this age of technology, we are flooded with options and no longer must settle for less than what we want to hear. Alexa, play Buju Banton! Now we can hook up our smartphone through our car radios and customize our play list. Music we want to hear, oh yeah and with no commercials. Plug in an alternate source radio station, such as I Heart Radio or Pandora. And don’t forget, we can also grab a subscription service such as Sirius Radio.

What about all of the podcasts? Self-promotional, social media DJ’s? And alternative radio stations popping up? With the multitude of choices for our listening pleasure, where does that leave the local radio personality?  They are struggling just like the next man or woman to make a name for themselves and build a fan base. With all these alternative choices, it’s much harder to do than it used to be. 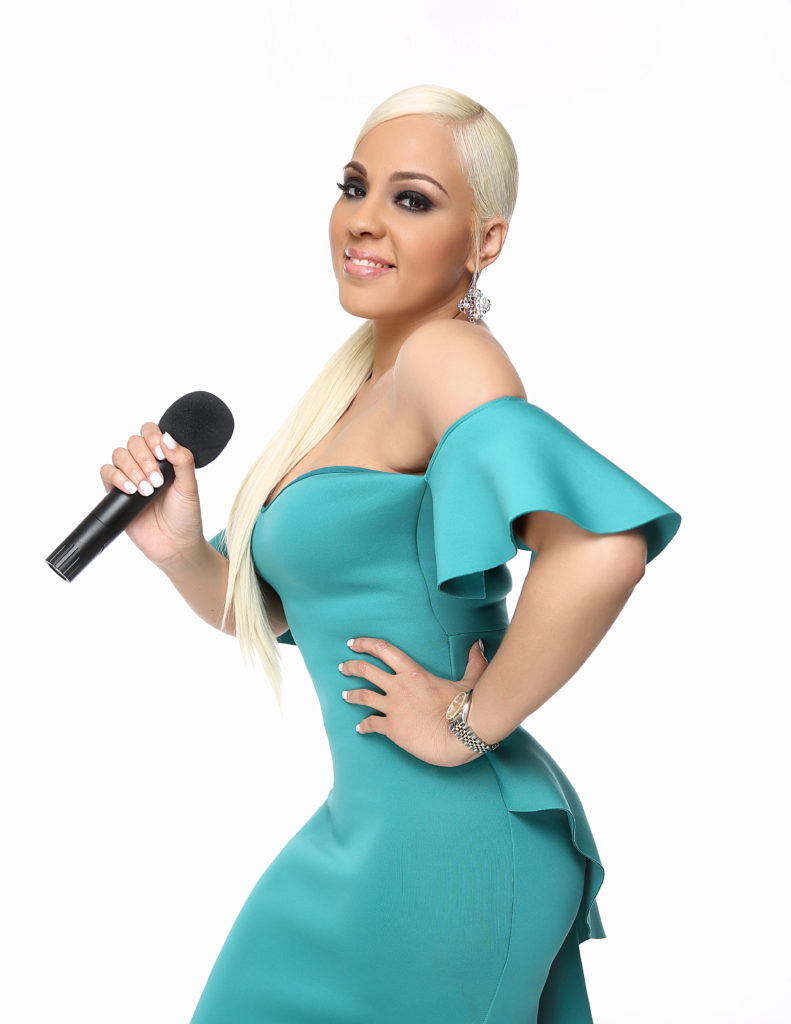 Let’s not forget the radio personality business is also a male-dominated career choice where women struggle to get a seat at the table. As in any career in the entertainment world, it helps if your pretty. Many local radio personalities’ also end up as hosts for local concerts, events etc. Their job is not just seducing your ear drum, they become public celebrities in the community. RWO is pleased to have local radio personality, Sierra SiMonae from 105.5 The Beat, Rochester’s new competitor to “ the X” as our special feature MC at the upcoming fashion show, April 25th at the Rochester Museum and Science Center. So, who is this “new kid on the block” doing the microphone checka? She’s blonde. She’s beautiful and she’s rocking the airwaves. Radio personality Sierra SiMonae Dunklin.

Sierra shares a favorite memory with RWO saying, “One of my favorite memories is the first time I ever hosted a show at the Blue Cross Arena. I remember as a kid, at around 12-years-old, I was in a competition and lost. I always told my Mom I was going to make it back on that stage. So, when that day came it was surreal.

Just seeing my career and dreams come to fruition is an accomplishment within itself. Being a radio personality, hosting shows, it’s all my reality now. 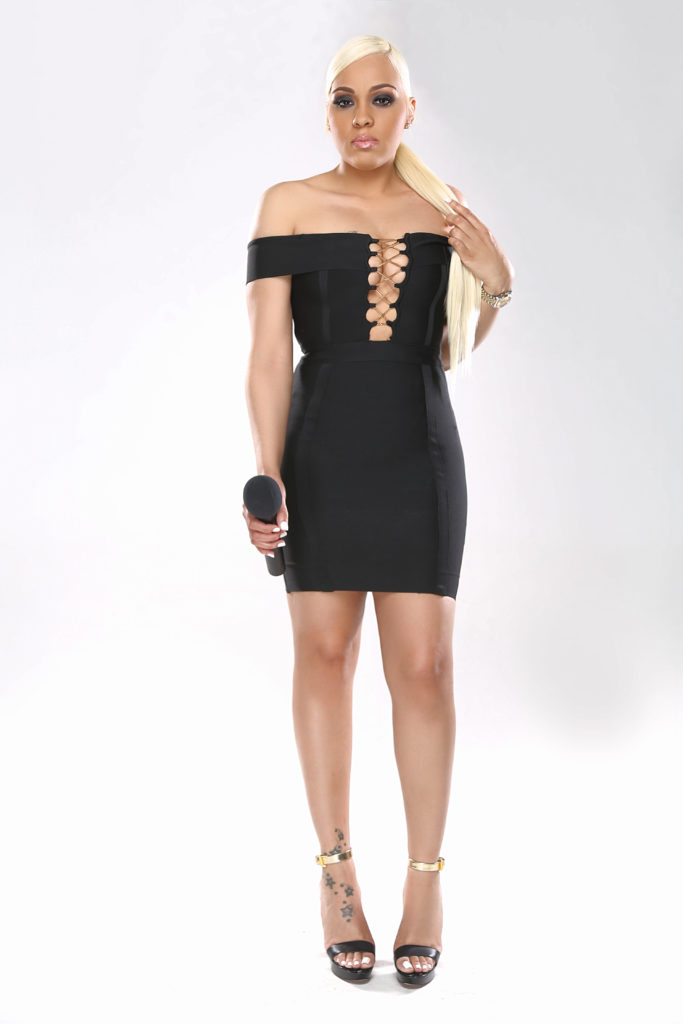 Six or seven years ago, that was just a dream and I have the Facebook post to prove it!”. I wanted this so bad. I learned everything step-by-step and I came on the scene with no prior radio experience. I had to really go hard at it. I’m loving it and learning everything I can”. When Sierra is not on the radio, she is employed by American Airlines. She is truly a people person who enjoys working in customer service and meeting
different people from all walks of life and cultures. Of significant importance, Sierra found she first learned things come to a point where you must become your own advocate and forget who is for you or against you. It was a big lesson and included proving to herself she was capable of achieving anything she set her mind to. She blocked the naysayers and went after what was hers!

She finds support from her family, parents, siblings, and friends. They are a very important part of her life. Her son ArReis is the most significant person in her life. “Even when I don’t have the courage or the strength, somehow, some way I find it in him. He makes my life complete. He’s an amazing, respectful and very intelligent boy, whom I teach through action. I know he’s watching, so I show my son no matter what, you can have dreams and work hard to make them come true. I’m thankful everyday and I’m truly blessed to be his Mom”.

Sierra aspires in 5 years, we will find her on a national platform. She indicates, “Whether it’s right at home on the radio with my team at 105.5 , The Beat, but syndicated in 20 different cities or it’s hosting on your T.V. I plan to be heard and seen across the globe!”

Sierra wants to give all of our readers this message: “Listen, I know it sounds like a cliché but don’t give up. Nothing worth having comes easy! It takes dedication but it also takes pain and sacrifice. And when it becomes painful just know it’s growing pains. It’s like working out to build muscle. It hurts…bad…but the end results make it all worth it. Stay steadfast in your faith and never ever give up!”

Many public figures find there is an expectation from them to be a role model because they are in the public eye and Sierra was no exception to this philosophy. 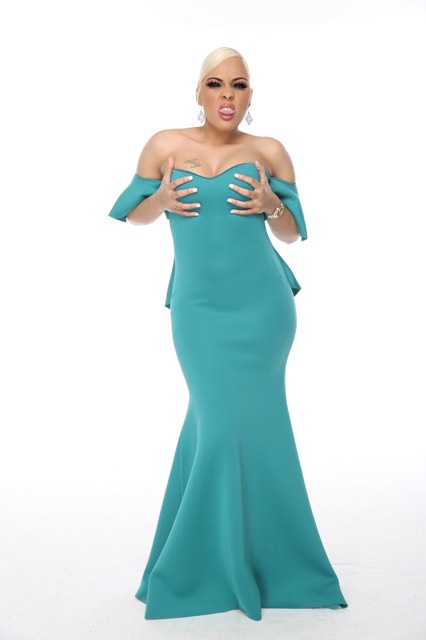 She says, “I’m going to be honest, this was difficult for me because I never saw myself as a role model. Mainly because I’ve never seen myself as someone to imitate or look up to. I see so many women and girls and I feel like we all have something amazing to bring to the table. But now that I am looked at as such and I have this platform, I do recognize my story is one of positive influence. I’m more mindful now. And not to mention, so many of our little girls need this. Someone they can relate to. I want them to know I was just like them. Same streets, same schools, same rec centers. And I embrace it now. I want to inspire our women and girls to be their very best version of themselves and they too can do anything they put their minds too.