WHO IS JUSTINA PRINCE?

WHO IS JUSTINA PRINCE? This month she is the subject of Rochester Woman Online’s cover story, and also the celebrated and much-anticipated featured, couture designer with her jaw-dropping Bird and Fish collection that was highlighted during our Fashion Show Under the Stars runway event at the Strasenburgh Planetarium that partially benefitted Worth More Nation, an empowerment organization for children in foster care. 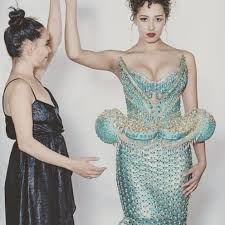 With Prince’s Bird and Fish couture collection’s feathers, luxurious textures, vibrant colors and elaborate designs there is much to learn about her within this photo spread, and also on the runway. But for Prince, the real story takes place off the stage and beyond the design studio in the meanderings of her journey that are poignantly marked by dramatic twists and turns, and traumas she has consistently turned into triumphs which have helped shape her into becoming the impactful person she is today.
Some know Prince as a classically-trained ballerina and a former member of a touring dance company who made her living on stages around the world and on city streets where she worked as a model and street performer. Others know her as the brave and powerful boss lady who garnered the chutzpah to move to an island in the South Pacific in pursuit of a business opportunity within the travel industry despite language barriers and cultural norms in a region which challenged her as a female business owner. Prince is also known as an author who carefully researched and wrote about the heart of artists and their shared humanity for a book project. Currently, as the owner of Mmuawh Studios in Baltimore, Md., Prince is a multi-media artist who has had her hands and heart in creative direction, hair and makeup design, photography and couture fashion while working passionately and traveling collaboratively with her artistic, biological and adoptive family members. Woven within the fabric of her journey are many threads of artistic projects that have higher purpose and are intended to bring about universal good. While she may be petite in size and stature, her wise introspect; resilience and continued determination are larger than life.

Prince grew up in Los Angeles and Vermont, and worked towards earning her bachelors of fine art degree in dance performance at Shenandoah University in Virginia. She settled in Baltimore when she met the person who would unofficially call her his daughter and become her dad without officially adopting her. “I moved around a lot while in foster care and traveled a lot for work, but I always came back to Baltimore,” she said with special fondness saved when speaking about her father and the city where she resides.

After working and traveling all over the world as a dancer and teaching aerial classes, Prince suffered an ankle injury that took her out of the dance realm and beyond the reality of continuing her work with a dance company. She turned the injury into opportunity and opted instead to make her living performing on the streets collaborating with street musicians, painters and textile artists. 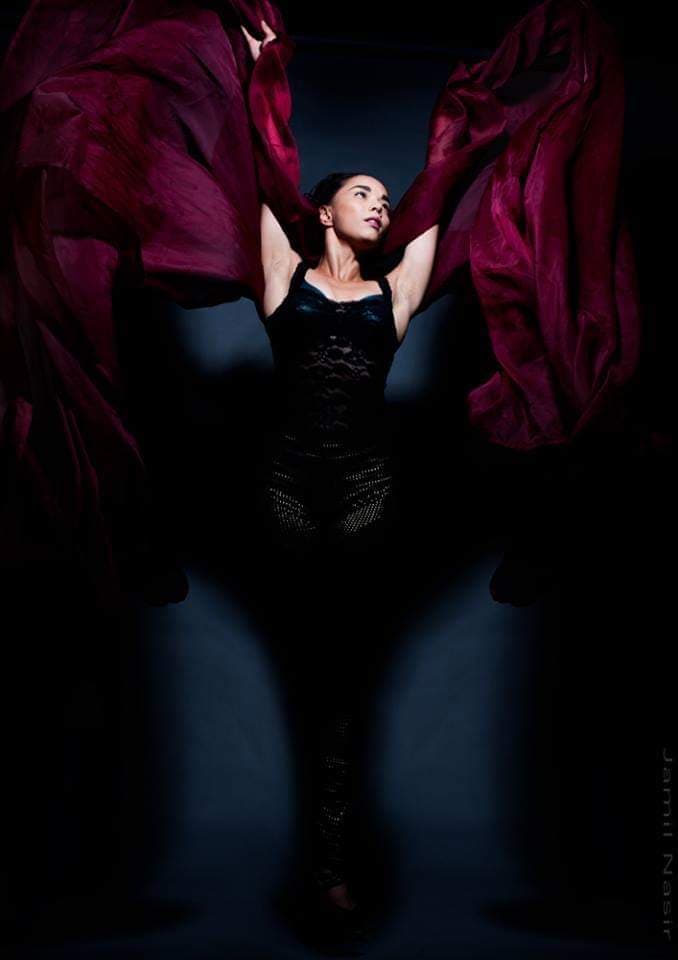 Soon after she moved away from art and became a partial business owner in the region of Micronesia which is a group of islands in the Pacific. “My friends and I procured a long-term lease on an island in the middle of nowhere and opened a ten-room hotel that caters to marine biologists and members of the Peace Corps. I lived there as one of the investors building a business for about one year. It was an incredible experience. I learned how to spear fish. I lived without electricity and felt like Robinson Caruso!” she said, continuing that the most important lesson she learned is the value of embracing the intangible gifts of life. Living with people who have very little as far as material possessions, she found great joy in that. “They are not distracted by what our culture is distracted by. It was amazing and it changed a lot about me,” she said.

She came back to Baltimore and became invested in art, photography, creative direction and modeling. “I immersed myself as an artist and opened Mmuawh Studio (which stands for Model, Makeup Artist, Wardrobe and Hair) or like it sounds – she makes a “mmuawh” sound – a kiss!

Mmuawh was originally a photo space offering creative direction, wardrobe, modeling and makeup artistry. It grew to include couture design and sewing in March 2017 after she experienced a traumatic life event that changed her artistic direction and opened her heart and mind to an art form that afforded her the ability to create in full and complete isolation and safety.

In response to the trauma of being raped, she worked on her first dress for nine days straights, and didn’t sleep until she was done. “I was obsessed,” she said. “It was like a drug.”

This dress is now part of her Bird and Fish collection, as is the second dress she made – the mermaid dress – which took a month to complete. “It is amazing to make something perfect. This gave me an outlet to control my world and create order out of chaos. It was very cathartic and therapeutic to make these pieces and also to imagine the characters and kind of people who would wear them,” Prince said. 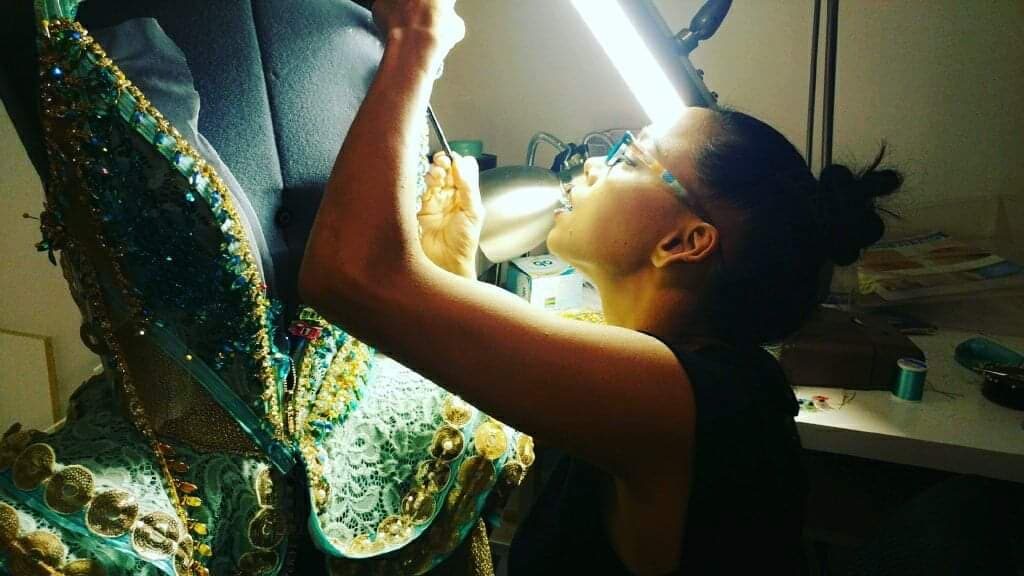 After Prince made her first two dresses, she realized that what she had created was a bird and a fish in metaphorical design and that it parlayed to a childhood story of great importance to her. “It is a story of a bird and a fish that fell in love in the ocean. The bird flies over the ocean and sees sun glistening off the fish’s scales and doesn’t want to dive and eat it, but wants to protect it. The fish won’t leave the bird, so the bird and fish are alone on the middle of the ocean. They love through the seasons and then die,” Prince explains.

Bird and Fish as a design collection highlights the idea of symbiosis of species, and more specifically Prince’s experiences growing up in foster care. “When children are separated from their parents and placed in new homes, we are like a different species who share an environment. We need and demand of each other to create symbiosis and peace. My work can speak to the metaphor of the imbalance that can occur when children become disenfranchised and experience inequality. We are trying to create a worth more nation where children feel on the inside that they are worth more, not because someone else thinks that about them, but because they know their own worth. A bird may love a fish, but where will they live? They need each other, but can’t live in that level of imbalance and inequality,” she said. 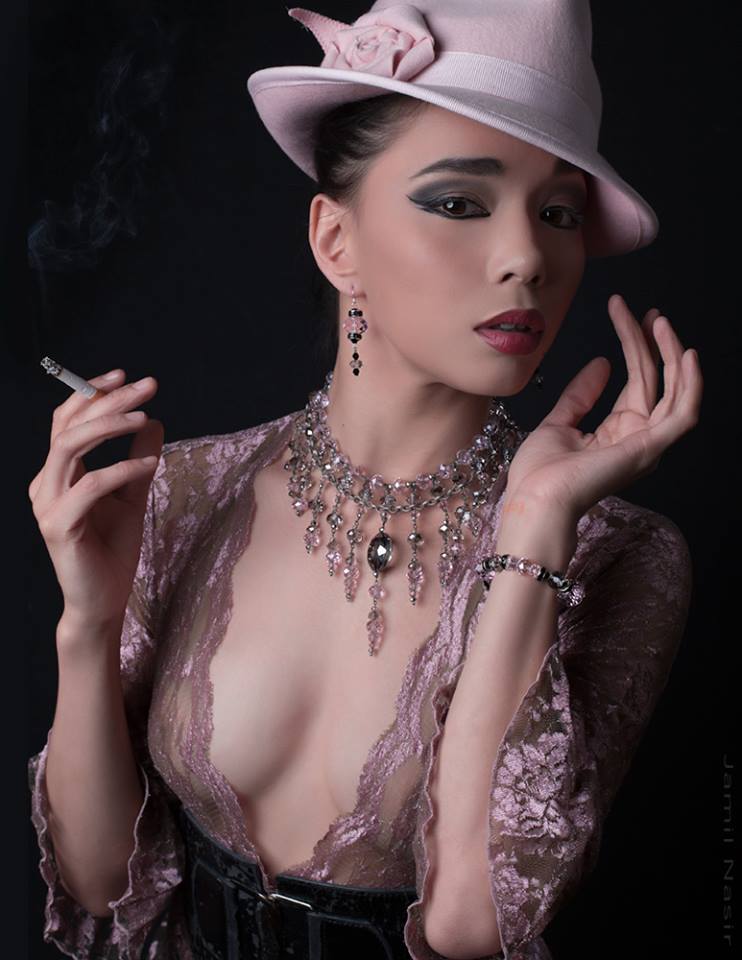 She was removed from the home when she was 12 years old and separated from her twin sister who was removed a year before her. She said that as soon as her sister left the house, her step father started systemically sexually abusing her and that her mother chose to stay with him.  She also shares the lessons learned; how she overcame; and what she wants other children in foster care to know not only through her design work and the upcoming fashion show, but also through these words of advice.

“It’s hard being separated from siblings. The one thing I learned and it took me 22 years to learn it is that even when I feel alone, I am not alone. Every foster kid knows this and what I may be going through. Every child that has been abandoned or abused is a sister or brother in my arms. Our shared experience of surviving is a testament of our good character and strength. It is important to learn that it wasn’t my fault. Other people could say it wasn’t my fault, but I needed to know that. I made a mistake that made it harder for me to get adopted. I closed myself off and mistook vulnerability for weakness. I thought vulnerability made me weak instead of stronger. It had never been safe for me to be vulnerable. But now I know that if it makes you feel vulnerable, you are probably going in the right direction. It’s not brave, if you are not scared. You should be scared. It is scary stuff; getting vulnerable; trying on another family. It’s so much easier to shut down, but you have to realize that (shutting down) is the only thing keeping you from getting what you want. Those are things we as foster kids have to work through to get what everyone else gets. We have bravery and resilience in spades. We have everything inside of us. We don’t need that from other people. We have to believe in ourselves. It was more important to believe in myself than find someone else to believe in me. Sometimes bad things happen to good people, but great people turn bad things into good things,” she said.

And to that end and as a woman who consistently speaks with poetic insight, Prince said her favorite quote is by David Dellenger. The quote is, “Every act we perform today must reflect the type of human relationship we are fighting to establish tomorrow.”

“The work of today is the reaping of tomorrow. What we do today has to have the intent of what we are trying to create for tomorrow. We are fighting for the relationships we are establishing. It is not a battle, but is a building. This is the most relevant quote for my twin and me. It means a lot to us as twins. We were separated in the system and this quote always brings us back to each other,” she added.

Prince showed her Bird and Fish design collection at RWO’s Fashion Show Under the Stars and was part of a collaborative collection she worked on with Carrie Craver of Lady Bug Kisses that the Worth More Nation kids modeled on April 25.
“This was my opportunity to not just give to kids, but also give back to myself. I wish this pageant would have been around for me,” she said, referring to the Miss Worth More Nation Pageant for Girls in Foster Care which is one of the initiatives of Worth More Nation. “I think it is extremely important for foster kids. Little extra efforts never left me. I never forgot what it meant to be seen when you feel invisible. This work is extremely important, as is bringing these kids to the forefront. All of these kids have been touched by foster care and to see what happens when we chose to stay together and be connected is beautiful. It’s easy to shut down and give up. It’s harder to stay vulnerable and open,” she said.