Corrin Stellakis was born in Syracuse, NY, and raised in the small town of Bridgeport on a family owned horse farm. And from there, the little girl became a beauty pageant contestant. And she won a lot as we will tell you. 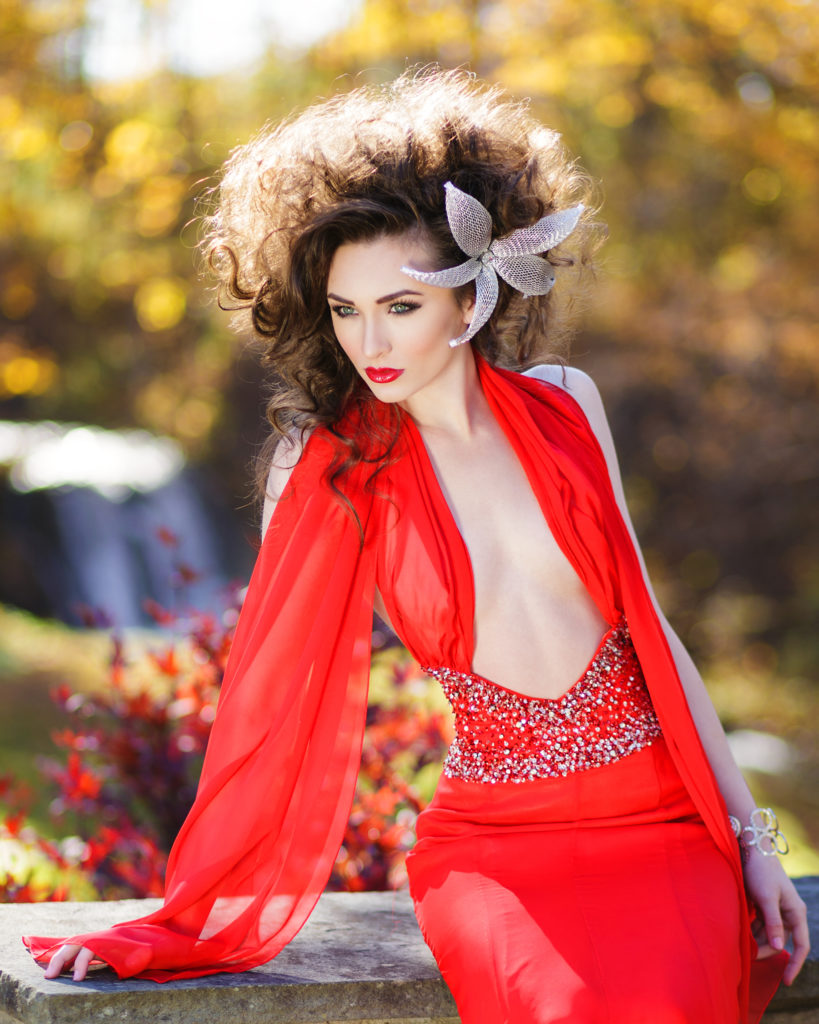 Corrin grew up riding horses, and learning the importance of responsibility from a young age because of her commitment to caring for the animals on her farm. At the age of 8 she began showing, and at the age of 12 she joined an interscholastic equestrian team where she was afforded the opportunity to compete all over the United States.

When Corrin was 16 she decided to compete in the Miss New York Teen USA pageant. She competed against 80 other young women from all across the state and took home her first title as Miss NY Teen USA.
Throughout her reign as Miss New York Teen USA, Corrin partnered with the Tick Borne Disease alliance and traveled her home state of NY speaking about the importance of early detection of lyme disease, and participating in fundraising events to aid scientific research.

In 2015, Corrin continued her pageant career as she took on the title of Miss Missouri World. She competed at Miss World America as the youngest contestant at the age of 17 and placed in the top 12. As Miss Missouri World, Corrin partnered with SADD, Students Against Destructive Decisions. She traveled to various middle schools, high schools, and leadership conferences across her state and spoke to students about smart decisions, healthy choices, setting goals, and developing a positive self image.

Corrin graduated from High school with honors, and went on to purse a degree in communication studies. But her pageant days were not behind her yet.

In 2017, Corrin made a life long dream come true when she opened her own business “Fit to Reign.” Fit to Reign was created to empower women! Corrin wants every woman to view themselves in a positive light and work their very hardest at becoming the best version of themselves physically, mentally, emotionally, and spiritually. As a self development coaching service, Fit to Reign offers personal training, interview and public speaking preparation, wardrobe and image consultations, modeling technique/instruction, and of course pageant coaching! Stellakis is dedicated to helping women of all different ages, shapes and sizes to become Fit to Reign! 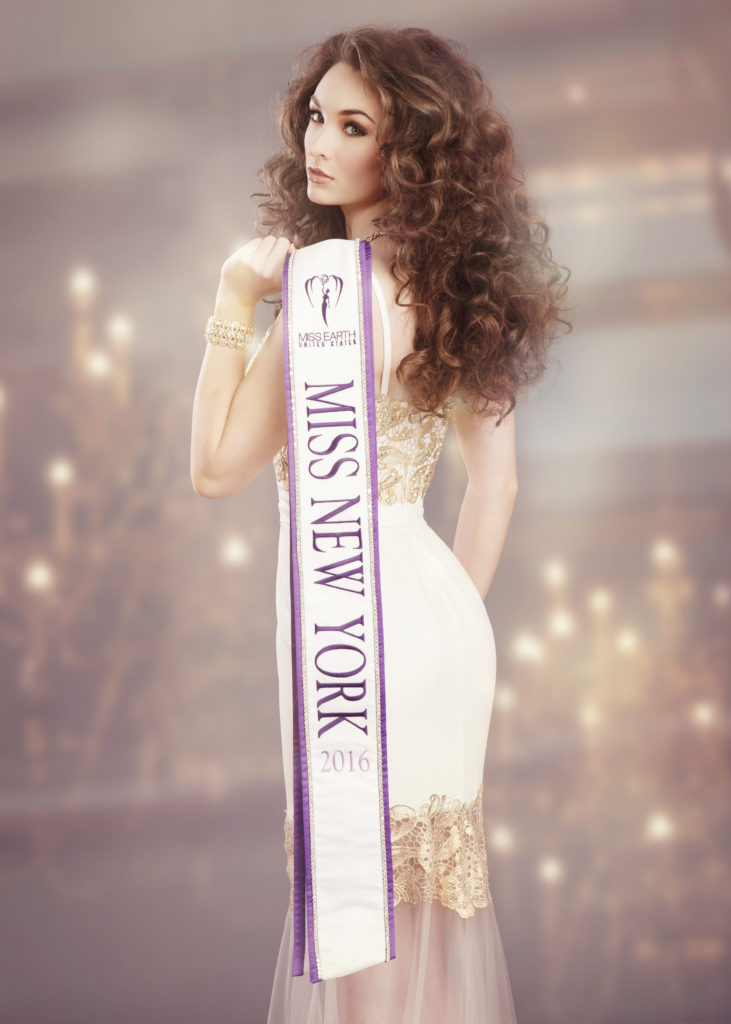 We felt lucky we could catch up with her and ask her some interview questions when her schedule is crazy busy.

She says “the best part of competing in pageants would be the people I get to meet throughout my journey. Since 2014, when I competed in my first pageant, I have made so many wonderful friends, and have been inspired by some of the most talented, and empowered women in the world. The connections that you make through the world of pageantry, both professionally and personally, are fantastic. Also, through competing in pageants I have gained so much life experience. By attending events, standing for a cause, networking, and traveling, I have grown so much as a woman.”

“When I go to compete for a title, I prepare months ahead of time to make sure that I am 100% physically, mentally, emotionally, and spiritually ready to take on the title. I train hard in the gym so that when I hit the stage in my swimwear I feel completely confident. I practice my interview and public speaking skills so that when it comes time for the personal interview, I am prepared to clearly articulate my thoughts, and feelings on various subjects. I prepare all of the paperwork, update my bio, practice stage routines, pick out my wardrobe, plan my hair and makeup, and much more! Preparing for a pageant is crucial. I know that if I put my all into preparing for a pageant, that I can leave it all on the stage and be happy with my performance, win or lose.”

“When my girls are on the stage, they know that they are Fit to Reign,” she says proudly.

“Of course, it is always disappointing to lose a pageant, especially when you have put so much effort into preparing for it,” she said.

“However, I believe that God has a plan for my life and that if a title is meant for me then there is no way it could pass me by. I believe that everything happens for a reason. Win or lose, I always praise God for directing me down the path he has made for my life.” 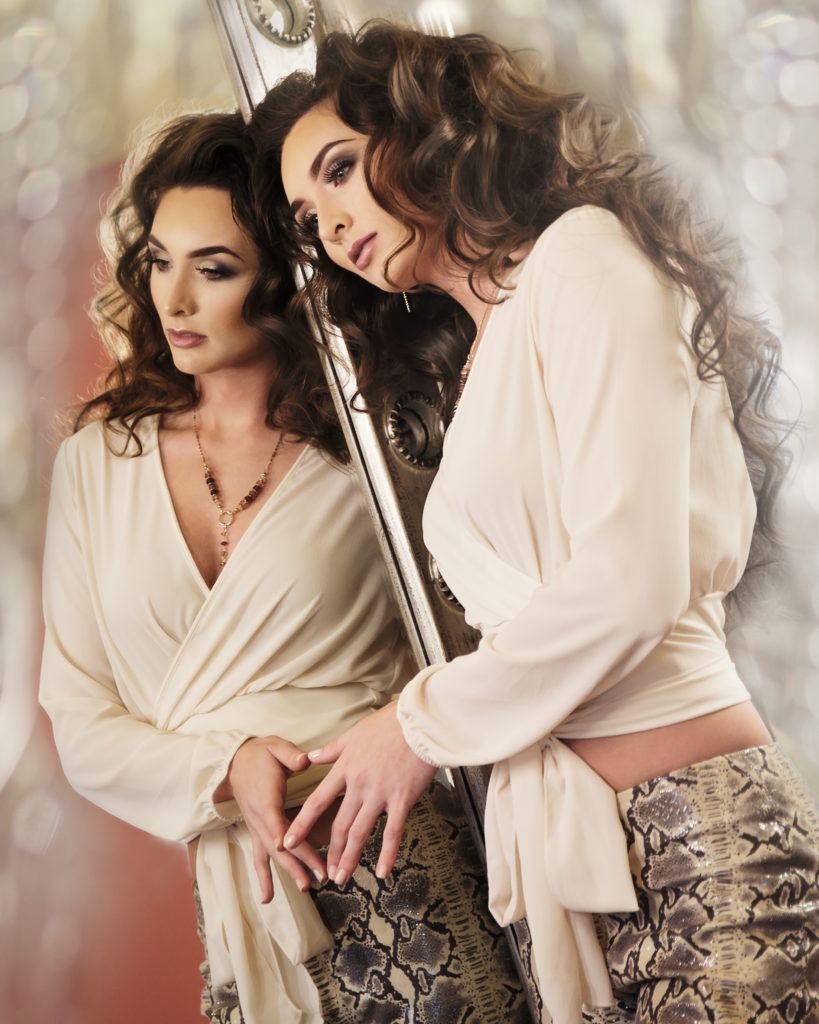 She says “Fit to Reign is a business dedicated to empowering and encouraging women to become the best version of themselves. I wanted to dedicate my time to helping other women feel confident in themselves and improve themselves. Fit to Reign allows me to help women become physically, emotionally, mentally and spiritually fit. I saw a need for women to gain a more positive self-image.

of your labor. With so many things vying for our attention in today’s society, it is so important that women take time for themselves, and work on improving themselves in all aspects. Life is a journey of discovery. The more you challenge yourself and step outside of your comfort zone, the more likely you will discover all of the talents and abilities you have to offer.”

Corrin says the most satisfying part of her career is the feedback that she gets from my clients about how she has helped improve their lives or helped them achieve their goals.

“I love seeing my clients thrive, and I love seeing them grow into stronger and more confident women. I feel blessed by my clients every day. Empowering other women to succeed in what they have put their mind to is such a satisfying career path for me.”

When asked who inspires her she says it’s her clients.

“I am constantly blown away by the dedication and determination I see in my clients. They see something that they want and they are willing to do whatever it takes to improve themselves to be ready to take on the challenge. Each and every client I have is unique,” she said. “They all come from different backgrounds, and they all have a different story. I love learning about them and helping them grow into the women they want to be. Although I try to be the source of inspiration for my clients, I am more often inspired by them.” 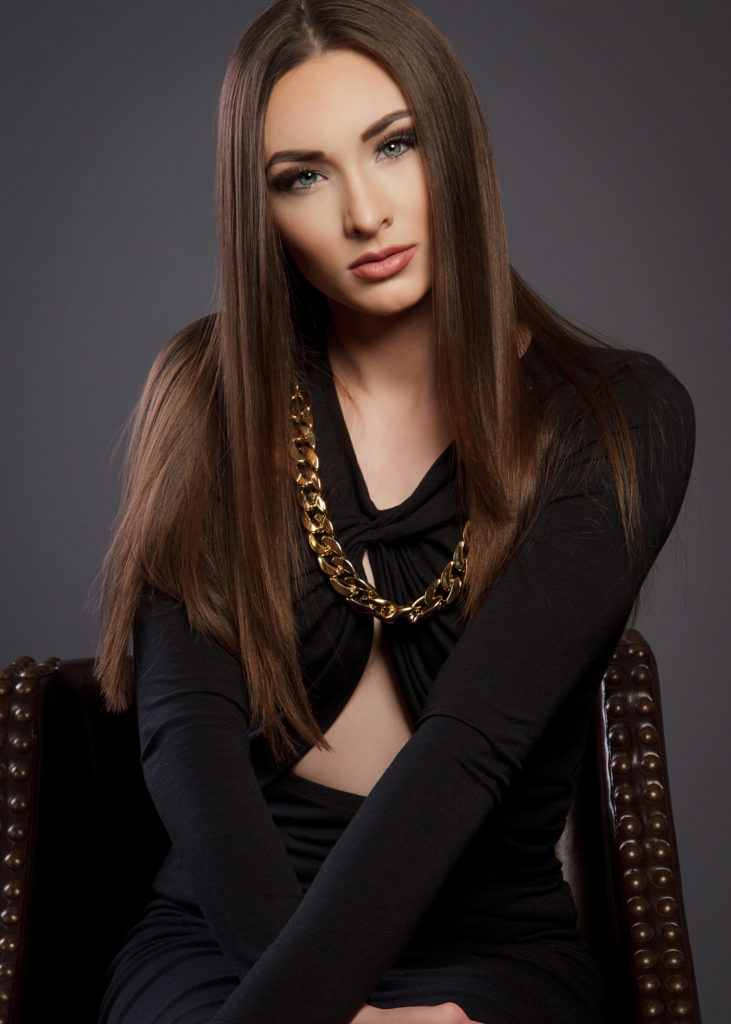 She says, even though she competed in so many situations, “my biggest tip for women is to never compare themselves to other women. The reason that so many women struggle with insecurity is that they compare their behind the scenes life with other women’s highlight reels. Everyone has their own strength and weaknesses. Women are like snowflakes, unique and beautiful. It is our mindset that determines our makeup. I always tell my girls that the only person they should be comparing themselves to is the person that they were yesterday. Strive for progression, not perfection.

Lastly Corrine has this to say“God is so good to me! I have a wonderful family who has supported me throughout my entire life. I feel very blessed to have parents that have given me all of the tools necessary to succeed in life. I have an amazing Grandmother that I am extremely close with and who gives me life advice whenever I need it. My two brothers are great friends of mine, and they add so much to my life. I am in a very happy relationship with the man of my dreams. He is a good Christian man with a heart for Christ. He serves as a United States Marine and I am so proud of him. He is my hero! I also adore his family and am excited about our future together.”