Effort, will power, principles, elegance and values are all fundamental for me; I firmly believe that being an example to others through my actions is the best way to be honest with myself, with the public, and with music. This makes me present myself exactly as I am, on stage as well as in my life in general; in the end, everyone appreciates you being real.

EXPERIENCES
A while ago I had the opportunity to perform in some European countries, including Switzerland where I achieved great national impact. It was actually in Switzerland where I met Ronnie, manager and director of Atlantic Records in London, and Sony Music in Germany, with whom I signed a contract for a 1.5-year tour in Switzerland and Germany; a tour that was very rewarding. However, at the end of the contract I decided not to renew it as, despite the conditions being very good, it limited me to performing in the same area for a long time, and for me it was essential to broaden my horizons and meet new challenges, even at the expense of losing other opportunities. 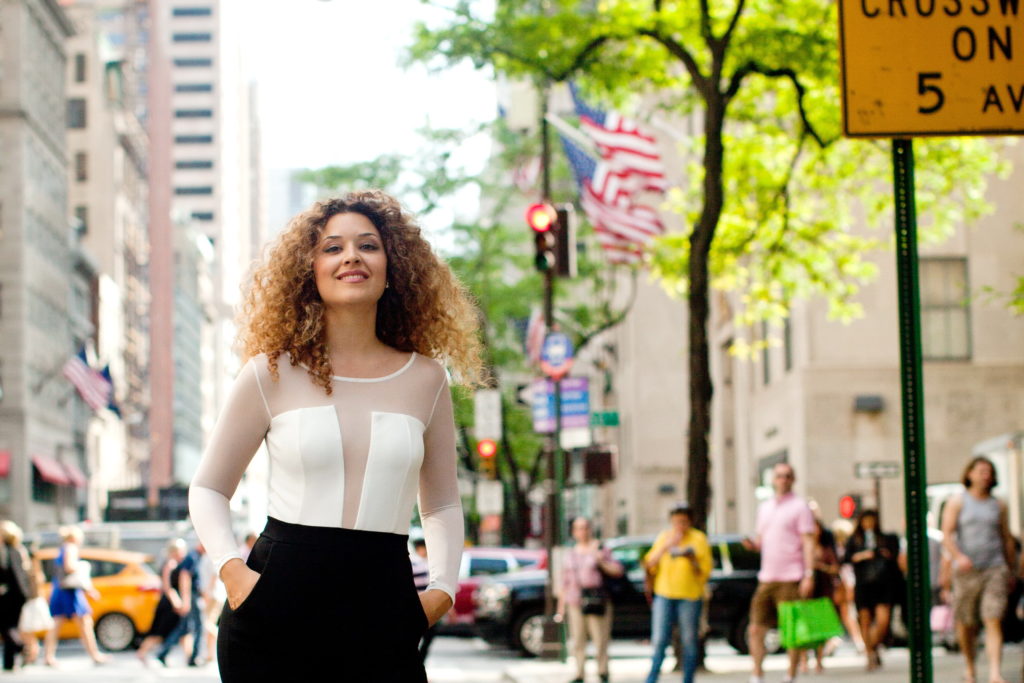 With clear ideas and renewed energy, I decided to continue preparing myself by studying music, singing and dancing, subjects that, to a greater or lesser extent, I have never given up. Above all I decided to make the most of this time in my life to create ideas and projects, and to focus on my music composition because on tour you don’t have any time to capture your creativity.

During this period, I combined composition with occasional performances, and it was at one of these performances that the producer and composer Jerry Barnes, member of the group Chic ft. Nile Rodgers, appeared in my life. He offered that I work on a project with him in New York so, after several conversations and agreements, I flew out there. On my arrival, I experienced that special energy that only New York transmits, and I felt at home. On leaving the airport, a studio driver took me to the hotel, I got settled in and first thing that same afternoon I was in the studio.

Jerry introduced me to the whole team and within a few days we were recording the single “Fairy Tales”. At that time, I didn’t know that I would still be a part of that excellent team today. I am currently creating my music with some incredible people, who I love working with, and with whom I can finally express everything I have inside me and develop all my ideas and knowledge. So, New York is now my place of work and inspiration.

I thank Jerry Barnes for his great work and for giving me the opportunity to create with him; to the great composer, Alex Forbes, for her complete dedication and for believing in me, she is not just a friend but like a sister to me, and to the rest of the team for keeping our new project called “My Time”, which will be released in spring, close to their hearts.

“My Time” is a message about having your moment. It does not matter where, how or who, we all have that feeling that gives us strength and compels us to say “It’s My Time”. This work is a call for everyone to listen to that voice inside us, so it gets stronger and more powerful and becomes the energy that moves us. All of this is a gift that I appreciate and, if possible, that makes me work with even more enthusiasm. But what is most important is that it confirms for me that when you have a clear idea and you let your heart guide you, you should go for it, because if I had gone for safety by renewing my contract with Ronnie, I’m sure I would have received other opportunities, but not the ones that I feel in my heart are right.

Since arriving in NY, I have been surrounded and welcomed by artists and musicians with spectacular careers, who have made me feel included as one of them. Chatting with musicians who tour with Bruno Mars, or listening to Lisa Fisher’s new work before going to the market, or being in the studio with Jon Bon Jovi or Nile Rodgers is a real honour. However, it is also true that in NY you see both sides of the coin, as the greatest artistic successes and failures have happened here. If you don’t have any contacts or representatives to introduce you, it is very complicated to get anyone to listen to you, so you can have the best media and companies in sight, but not within your “reach”. NY offers you everything, but you can feel the competition in the air; it is the daily life of this city. The best artists in the world come here and the competitiveness is ferocious, but this also makes you keep your standards high. The other side of the coin is that if you deserve it and work incredibly hard in your career, they value it a lot and take an interest in you. I have always been a fighter, and I much prefer to deal with a competitive world than the jealousy that exists in some countries. That is an emotion that one does not perceive here, as with competition at least you improve, while jealousy does not contribute anything, only negativity.

I have set myself a very big goal, but the greats also had them, if they could do it so can I. I don’t understand limitations, I don’t believe in them. The only limitations that exist are the ones you create for yourself, so you achieve things because you believe in them and I believe in my work and music, which is the most universal language. Maybe you don’t understand the language in which a song is being expressed, but you can feel its energy and the emotion is transmits.

Today brings with it a new day, a new stage in my life. Behind me are many years of hard work and preparation, trips, studies, joys and sorrows, dreams and uncertainties, successes and mistakes, but all of it necessary for intense and comprehensive training, and I thank the public and everyone who has helped me one way or another to develop personally and artistically.

From all of this, I have learnt that when I have to make a decision in my life, I always follow my heart, that it is very important to train the mind to be strong and to fight against adversity, and to be modest when successful.