The O Talk: Swiping For Love 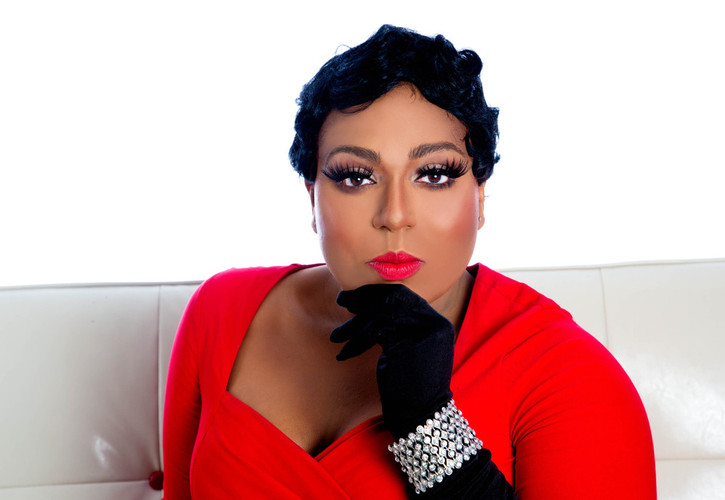 Dating apps, like Sex and the City, have influenced a generation of lovers and love makers, dreamers and hopeless romantics. While still a bit of a mystery, I’ve come to realize they give us the greatest freedom. Now, more than ever, we can be true to ourselves if we desire to be. 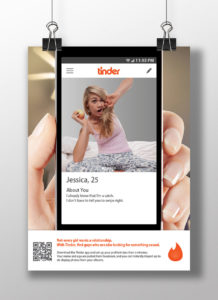 Almost twenty years ago, the world was introduced to four fabulous, single New York women. We rooted for, and cried with, the ladies of Sex and the City. How many drooled over Carrie’s closet, or made Cosmopolitans a drink of choice? (Guilty as charged, here.) They redefined how many viewed relationships in the new millennium. Just as we were getting over the show, there was another epic influence on relationships – the wonderful, and hectic, world of dating apps.

Technology is meant to improve our lives. Fuel-efficient cars keep us on the road longer, text messages allows us to communicate faster, and we are on the cusp of delicious ice cream with zero calories! The cell phone is one of many examples of technological advancement. When SATC first aired, cell phones were used to simply make calls. Today, we can book concert tickets, stream movies and music, all while sending money to the friend who paid for brunch. With the push of an app, we can order anything from cookies to clothes. All in the name of progress, we can also order a date. In the world that never sleeps, dating apps allow us to find someone anyplace, anywhere, at any time. With one swipe, we get to know someone even before meeting them. Inspired by the four fictional women of The City, I interviewed four women of this city.

“I’ve been on Tinder for a little over a year,” Sara said. The 26-year-old 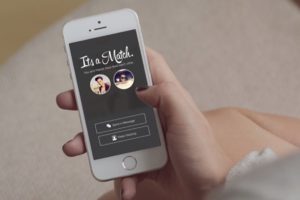 East Ave resident prefers her men tall and handsome. Her list consisted of college athletes and aspiring businessmen, all of them in their late 20s and 30s. “This guy tried to convince me to f**k in public,” she pointed at one profile. She called it quits with the voyeur after two dates. Another notable was an database manager who, upon discovery, was long off the market. Her relationship with Tinder is now casual. And I could understand why. The app doesn’t take much effort. Swipe left for the guys you don’t like, right for the ones you do. Conversations were at a minimum, with casual sex being common. Like GrubHub, you could expect it thirty minutes or less.

“I haven’t had more vanilla sex in my life,” Andrea, 24, admitted. A professionally-trained singer, she’s used the app for less than a year. Her most recent escapade involved a guy who talked a big game. Boasting about his manhood and virility, with pics to boot, she was convinced to go to his place on one Saturday night. Few inches short and three minutes later, her escapade was at an end. She tried to make up for it with another encounter, a friend with benefit who affirmed the problem lied with her. Her vagina, her high expectations. He was determined to prove to her wrong. The only thing he proved was taking advice from a FWB was as mute as talking to your dildo. Glancing through my Tinder list, I wondered how many of the guys were using the app to boost their ego. The ones who said ‘hey’ and stopped talking, or those who swiped right and “Guys are doing it all the time!” Michelle protested. “Why can’t I?” a 27-year-old retailer, she showed me her accounts on Tinder and Plenty of Fish (POF). Certainly not someone who has a type. Dashing men in their 40s and 50s were juxtaposed with twenty-something year old bartenders and grad students. While the conversations were minimal, the full-bodied and genital pictures certainly said a thousand words. I was quickly reminded of 16th century portraiture. Back then, suitors courting the attraction of a woman would send her a portrait. They were elegant, dashing, stoic – and at times not at all what it appeared to be. The same holds true today. With angles, camera sticks, and filters of many sorts, we self-curate our image to maximum effect. While it may not be the everyday look, we desire to have our ideal image liked, loved, and shared by the (un)known masses. 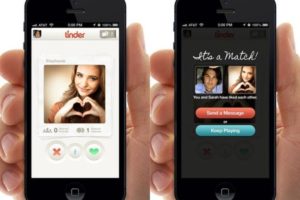 As I uploading pictures on Plenty of Fish, I began wondering what my pictures said of me. Smart and sexy? Dorky yet conceited? All I could do was wait and see how guys would respond. So, I waited. And waited. Within three hours, there were four messages. Then eight. Then twenty. Different app, same responses. Guys looking for something casual, or brief introductions without a conclusion. I hoped the other apps would be more worthwhile.

“I wasn’t searching for anything in particular,” responded Nadine. The 32-year-old professional was not on Coffee Meets Bagel too long when she met Garrett. Their first date was over coffee, sans the bagel. “We talked for what felt like hours,” Nadine said with a smile. But it was his dimples that won her over. After a second date at a local sushi joint, and a third at an art gallery event, the two became a couple. They regularly spend time at her Southwedge apartment, while she travels to Buffalo at least once a month to have dinner with his family. She left me a little more optimistic about dating apps.

After a week exploring the app, I connected with one who said more than one sentence. ‘The Bartender’ was in his mid-20s, dark hair, cute smile, worked at a popular restaurant and cocktail bar. We talked about a variety of subjects. He loved art; I loved art history. After two weeks of exchanging messages we decided to meet in person. After all, who could say no to free cocktails? 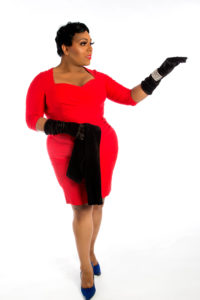 I was looking good and feeling gorgeous that Friday night. We briefly talked in between him serving drinks. The bar was packed and, yet, he only had his eyes on me. I was four Cosmopolitans down when something struck me. I never did the ‘full disclosure’ statement. Shocked, and slightly embarrassed, I excused myself to make a fake call. I returned to the bar, told The Bartender a friend was in need, and promised him I would call later. Whether it’s the virtual scene, or the real one, dating while trans can be a little tricky. Disclosing your identity gets various reactions. There will always be guys who will refer to you as a ‘dude’ upon presenting the truth, grind his teeth, and walk away. There are some who take the (somewhat) high road and become jovial, but keep a respectable distance. There are guys who will take a genuine interest. And then there are guys who simply fetishize being with a trans woman. As the taxi drove away I wondered which type The Bartender was. A text he left went unresponsive for about an hour.

With forty minutes left, I tried to gather my thoughts over a cocktail at a popular gay bar. Waiting for the bartender to pour me a drink, I observed a few men glued to their phones. The yellow and blue color pattern indicated they were on Grindr. A popular gay dating app, connections usually vary from casual hookups to long-term relationships. As I glanced over the shoulder of one user, the screen flashing with naked and half naked pics, I was reminded of something. We take a risk on a package being delivered on time. We take a risk on getting to our destinations safe and sound. We take a risk on hoping technology will not fail us at the most crucial time. We take a risk on finding someone – online or off.

On my way home, I responded to The Bartender with my full disclosure. I patiently waited for a response. Twenty minutes went by. Then another twenty. Perhaps, I thought, I was a bit too much for him. I decided to take my mind off everything and walk the dog. Returning back to the apartment a few minutes later – walking a pet in heels is never easy – I was about to take a shower when I noticed a text message on my phone. It was The Bartender. Lengthy, but overall positive. Instead of sending another text I decided to call him. He came over that night and we sat and talked. And, while nothing more happened after that, we nevertheless remained at the friend status. Without the fringe benefits. 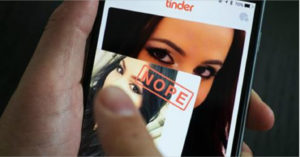 Dating apps, like Sex and The City, have influenced a generation of lovers and lovemakers, dreamers and hopeless romantics. While still a bit of a mystery, I’ve come to realize they give us the greatest freedom. Now, more than ever, we can be true to ourselves if we desire to be. Beyond the full or half (naked) photos, past the filters and camera sticks, we can lay out all the cards on the proverbial table before the first date. I decided to change my profile summary and ensured my full disclosure was on the table. Let the other person choose to stay or walk away. I will never be too sure of their motives. But I do know mine. A kiss on the first date, sex after the third, and the possibility of something serious after the fifth or sixth. Looking for a date is going to be tough in this city. 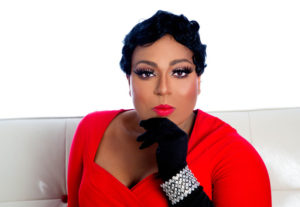