Where Everybody Knows Your Name…Perlo’s Restaurant 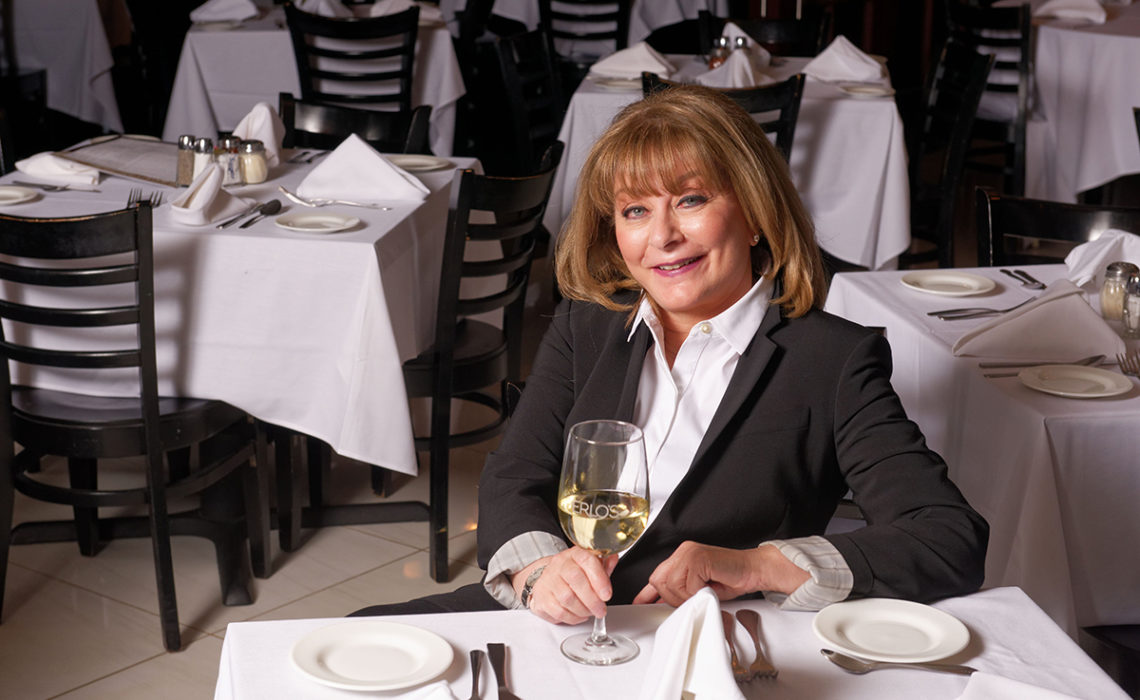 “Sometimes you want to go where everybody knows your name.”

Cheers may have coined this classic — daresay cliche — line, but isn’t it just the truth? No matter where we go, humans as a species long for community. Like a watering hole in the serengeti, community forms around what gives us life. Food, drink, friendship, family — all of these things keep us together, happy, and thriving. And for many in Rochester, Perlo’s Restaurant in Penfield is the spot for food, libations, celebration, and tradition. 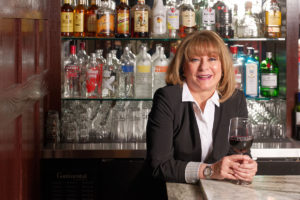 This is no accident. In fact, anyone who knows Donna Perlo, knows that her restaurant was established nearly two decades ago with this very intention.

After all, her restaurant’s motto reads: “A tradition of fine foods, friends, and family.”

As a food features writer, I can say with conviction that it is an unfortunately rare thing to see female entrepreneurs spearheading operations in the food and beverage world. And as someone who works hard to support the ever-increasing female-owned establishments in Rochester, it’s exciting to speak to women like Donna. Her story is inspiring, and is one of perseverance and passion. Of course, like many extraordinary people, her humility is at the forefront of her personality.

“I’m not one to focus on the past,” Donna tells me. “I always have my gaze on the future.”

But with a story like Donna’s it’s hard not to honor her past and the hard work she’s put into making Perlo’s a go-to spot for classic, New York style Italian dining in a family-friendly environment.

Donna first started working in the restaurant industry in 1987. While she had no prior restaurant experience, Donna was game for the challenge. The Rochester native had worked at her family’s flower shop since the age of 13, and was eager to set out on her own venture.

“I always wanted to do something that was mine,” Perlo said.

With zero food experience under her belt, Donna became the owner of the Water Street Grille, located Downtown. The work was hard, but it taught her how to stick to her guns and how to run a food establishment successfully.

“I learned the hard way,” she said. “I basically went in blind.”

After 12 successful years of business, a devastating kitchen fire forced Donna to shut down the establishment. She decided not to reopen, and instead found a brief yet success career in real estate.

But Donna missed her former career, and the sociable, connection-forming nature of the hospitality industry.

“I just love people,” she said. “I make real relationships with my customers and I missed making those connections.”

So after four years, Donna decided to get back into business. With the help of her husband, she opened Perlo’s. The business has been thriving for 16 years come this October.

Over the years, Perlo’s has evolved. But Donna feels the most current redesign is reflective of Perlo’s at its essence.

“I wanted it to feel like a neighborhood restaurant in New York,” she said. “And it finally looks and feels the way I want it to.”

As a native downstater, I can attest that Donna was indeed successful. Stepping into Perlo’s, you’re greeted by the warmth of wood-oaked panels, and walls adorned with vintage family photographs. The warm, carpeted space is matched with the aroma of warming bread, of baked clams and steamed water glasses. It’s the smell of Sunday family dinners in a familiar, yet elegant dining space, the smell of home in many ways.

And for many, Perlo’s has become a hub for family occasions throughout all walks of life. From weddings to baby showers to communions, Donna has seen families throughout all stages of life come together to celebrate and make memories.

For Donna, this is the most rewarding part of owning Perlo’s — the palpable connections she is able to make with her customers and individuals in the industry, and the loyalty that persists with the relationships she builds.

“I love what I do. I love my customers,” she told me. “They’ve been through a lot with us over the past 16 years. To have been at somebody’s wedding and then watch them baptize their first baby?” She smiled. “It’s just really fulfilling.”

Her connection to her customers can be found everywhere — from their highly active Facebook page to the menu, where each dish is named after a longtime customer. And to make it to the menu? Donna’s answer is simple.

“Become a regular,” she said, laughing. “If I see you in here every week for a few months, you’ve become part of the family.”

Throughout her career, Donna has also had the opportunity to help others in their own entrepreneurial journey — whether it’s her son, owner and operator of Downtown’s the Bug Jar and recently opened The Silver Iguana, or women in the industry just starting out.

“One of the things that I’ve really enjoyed is working with some of the younger women and going for a job that’s not in a women’s field,” she said. “There are a few I believe I’ve helped, and it’s just been really rewarding.”