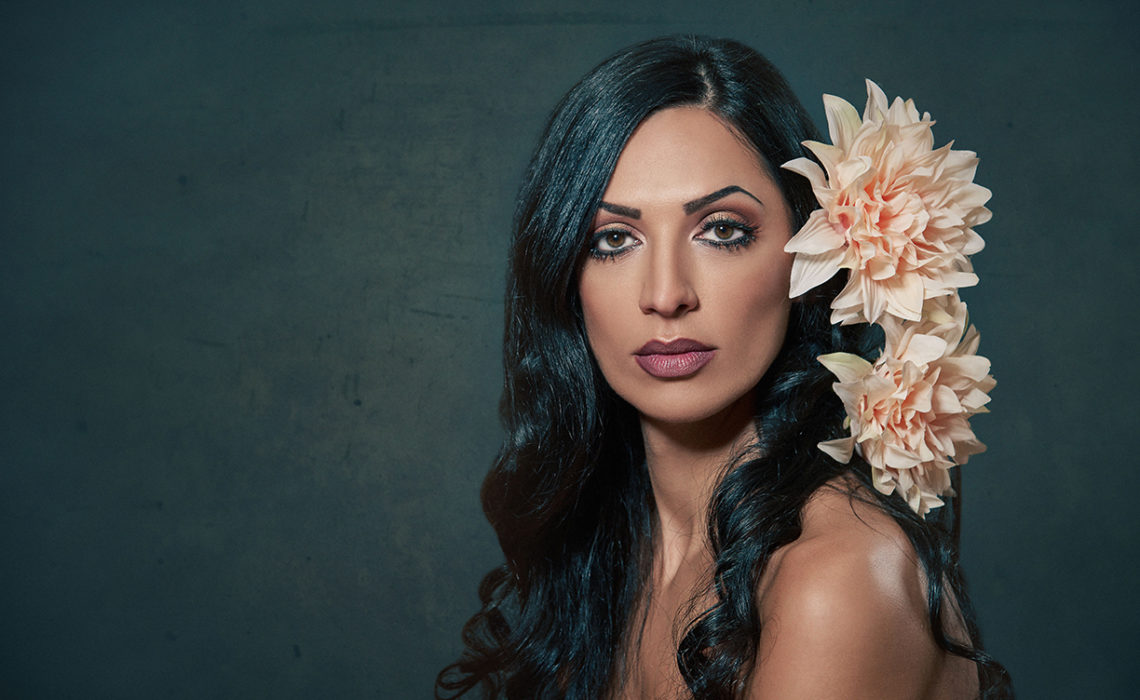 As a young woman, Maja (Pronounced Maya) was always beautiful. She was born in Yugoslavia in a small town Kraljevo. Her country endured political turmoil. It was a very different climate than what we have in America.  She learned early on in her life there were good people and bad people. She determined she wanted to be a good person. It was hard being a woman in a male-dominated world where women were constantly suppressed but Maja found a way to rise above and become not just a pretty face.

The family upbringing was modest wherein Maja did not always have excess. But she didn’t know this as this is what was going on around her everywhere. Her family provided an atmosphere growing up where Maja never noticed what she didn’t have. In the close-knit family, love filled the gap. It was instilled to get ahead one had to work hard, respect other people and appreciate what you have. Maja always looked to her parents for inspiration. Her father never finished high school but he pushed his children to want more. All of the children, like Maja went on to graduate school as in the culture they lived in this was the only way to prove your worth. This also gave the children a fighting chance when living under an oppressive government.

Maja’s mother defied the odds becoming a chemistry teacher. She faced much criticism and strife being a woman in this field. She led by example teaching her children to face obstacles and persevere no matter what. All of her life, Maja dreamed of leaving her homeland and coming to America. She watched and learned America was the land of opportunity. She could only imagine a world where anything you wanted money could buy.

Maja used the solid foundation she was taught by her parents to excel. She enrolled in college after completing high school. Maja planned wisely so she could become a foreign exchange student. She was given a scholarship to complete her Master’s degree in engineering. Her sister funded her opportunity to finally come to America. Maja loved art but she knew she must be practical to make it so this was set aside as a career goal for the time being.

Upon arriving in America, Maja was mesmerized. Freedom meant so much more to her as she spent many a nights in a bomb shelter. The first thing Maja noticed was the enormous roads and road signs. She couldn’t help but think “So this is what the road to freedom looks like”. Maja knew she belonged here and she would adapt.

She was amazed with the people. A memory which stuck in her mind was how the strangers talked to anyone. “Why are they asking me all of these questions?” Oh she remembered its small talk. There is not small talk anywhere else in the world. Only in America…

Maja started out working as a waitress. She was amazed at how she earned what her mother did in a month in two shifts. It was not an easy road. Many women in America use their looks to get ahead. It was a struggle not to. Maja took any odd job to be able to pay the bills and survive in a country that was not her own.

Maja was a little disappointed as she had big dreams coming here with a degree in engineering. When she was at the top of the class in this male-dominated field, she didn’t expect it would be hard to be taken seriously. She applied for every engineering job she could find. Often she was told she was overqualified. Maja thought “I’m overqualified but I can clean tables and wash dishes”. Finally, she was given a chance. Maja was called in for an interview and landed a job at Xerox as a senior engineering technician. And just like that, she had her foot in the door at a major American international company. She was hired as a manufacturing engineer and supervisor in Xerox Global Manufacturing, Webster, NY. The best part of her job is that her education paved the way and it was not just her pretty face taking her to the top.

“When people think I am just a pretty face, I used sarcasm. In a male-dominated field, I work hard every day, harder than most in fact to prove that I am just as worthy of every opportunity. I personally can’t understand people who do not aspire for more. In this country, you can be anything you want to be and so many people waste the opportunity. As someone who has reached the American Dream my advice is don’t be shy. No one is standing on the corner with handouts. ” Maja states.

Many times people asked Maja to model or assumed she was already a model due to her beautiful appearance and statuesque demeanor. She was not pursing these opportunities until after she secured her future. It still remained important to Maja to research and find a modeling agency where she could maintain her integrity and not be seen as only a pretty face. She came upon the Mary Therese Friel modeling agency. Mary Therese, former Miss USA was just the right fit. Mary Therese frowned upon her models being demeaned in any manner. She grounded their training in knowing they were not just a pretty face but so much more. She instilled in the models to be successful you had to respect yourself and always carry yourself with proper etiquette and grace.

“My family is so proud of me. I came to a country on my own and have achieved a great deal in a short time. I am able to send money home to my family and share my good fortune. I would not change a thing. I would not be where I am today if I went down a different path” Maja reflects. 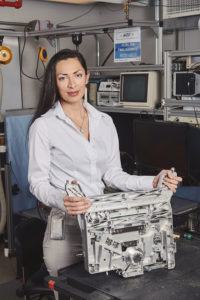 Maja enjoys the volunteer opportunities she participates in for MTF Modeling Agency as well as at Xerox. Maja was instrumental in the Xerox Good Neighbor Program, Monroe Community Hospital for Xerox Day of Caring and Xerox Angel Card programs for Andrew Center and Villa of Hope, Xerox Breast Cancer Fundraiser through annual Chili and Dog event raising money for Breast Cancer Coalition of Rochester (BCCR) and Gilda’s Club. Through MTF, they raise money and collect gifts for the underprivileged at the holidays, programs at BCCR and Lollipop Farm. Maja always tries to give back to the community which gave her so much. Loving her jobs comes easily as at Xerox she is able to use her skills and knowledge she gained through her education. She loves that she feels challenged on a daily basis.

“In my community service I love to help others less fortunate. I often see the immediate results and impact my work has on others. There is also the benefit of meeting many fabulous people and forming new friendships” Maja indicates.

Maja also enjoys the opportunity to be a role-model for other young ladies. As a model and an engineer, Maja leads by example and sends a message to all women. “You can be professional. You can be a trendsetter and you can be a trailblazer but always remember the beauty is within” Maja reminds us. You can be more than a pretty face and Maja is a clear example of that.

“In the MTF family, I am a role model to others by always being professional. No matter where I go, I am representing others and I take that role seriously. I tell the other girls to stand tall and proud, be gracious, respectful and smile. Always remember to appreciate and embrace every opportunity. There are others with far less and I know this as I have experienced it first-hand. Always remember you are much more than just a pretty face” Respectfully, Maja.