Lucila Matos held a fundraiser April 1, 2017, to begin raising funds for the Domestic Violence Walk she holds annually. This year is the 6th walk and it will be held August 12, 2017, at 9:00am at the Maplewood Rose Garden Park.  Information about the walk can be found at  Facebook/Walkagainstdomesticviolenceroc. The aim of the events are that “ Together we can break the silence of domestic violence”.

Lucila produced a theatrical performance entitled “No More Domestic Violence”. The plays were based on real life stories of the actors performing. Additionally 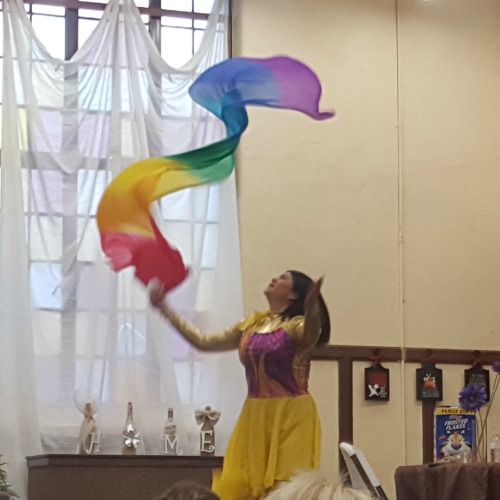 , at this event there was a silent auction of paintings and jewelry made by survivors. The performances, dances and artwork were very moving and touched you deeply to the soul. The performances especially were thought provoking and intense.

“I believe many times people need to identify themselves with visual situations so they can react, understand and believe. Yesterday at my event, a woman approached me afterwards and honestly stated she did not know some of the circumstances presented were actually instances of domestic violence. This reinforced my belief, the visual was very important to bring awareness about what domestic violence actually is and it includes a lot more than physical abuse” Lucila indicated.

The plan is to expand the theatrical performances from small skits to a play coming soon in November, 2017. Lucila leaves us telling others, “Trust the Lord at all times. If the abuser doesn’t treat his or her parents well they aren’t going to treat you well. Get to know people better. Give yourself time to get to know the person. Don’t tell them what you are missing from a relationship because an abuser will do everything you need to make you fall in love. Remember it’s not your fault. Your safety is your number one priority”.

As Krystal found her voice, Lucila helps women find their way back home, if you are in a domestic violence situation it is not going to get better. You cannot fix another person unless they themselves want to be fixed. There are people out here who will help you. Krystal and Lucila are two of them. Out of the Darkness Ministry can be reached at outofthedarknessroc.org.