Part 1: Finding Your Voice to Go On

Last month, Rochester Woman Online was granted behind the scenes access to a rehearsal prior to attending Leticia Ferrer-Rivera’s production “An Island in the Desert” at the Memorial Art Gallery. During the course of covering this story, Krystal Noriega-Santiago shared insight about how singing became her voice after battling to become free of a marriage plagued with domestic violence. 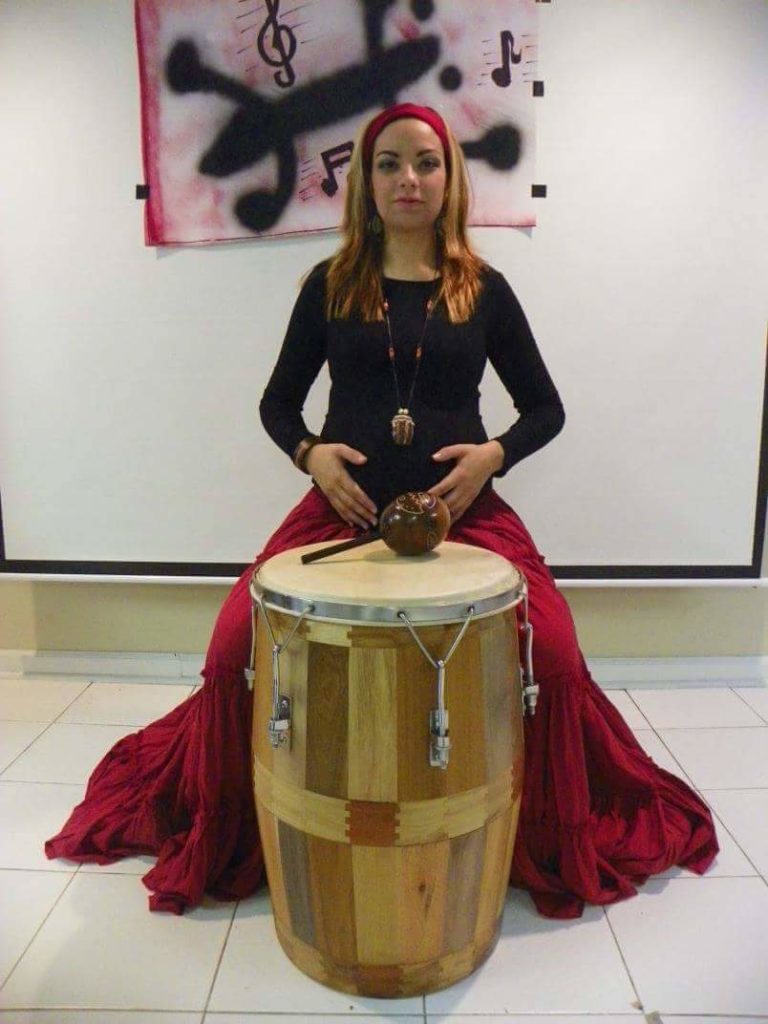 When watching the rehearsal and performance, it was clear Krystal found her voice to go on. The beating of the drums, the swish of the colorful costumes, watching the culture of the Caribbean was definitely a treat, but it was the sound of a songbird who belted out a melody penetrating overall. This is when I smiled. I smiled because I knew it was through the arts and singing Krystal was free.

Many people judge a woman who remains in a domestic violence relationship. The common thought becomes “If he hits you why don’t you just leave?”. The women who are affected by this social epidemic are not undesirables. They are beautiful, intelligent, talented women who simply loved the wrong man. No one wakes up in the morning and says “I want to be a victim”. It’s much deeper than this. It’s more like “If I make his favorite food maybe today will be a good day”. “If I do my hair just right I’ll be okay today”.

“In the beginning when my ex-husband and I first met, everything was about demonstrating loving behavior with gifts and by doing special things for me. At the time, I did not realize these were all tactics to set me up mentally and emotionally. As we were still getting through the beginnings of this honeymoon phase, he made an extraordinary attempt to keep me interested in him by getting my mother involved to accept his marriage proposal. Even during the supposed romantic trip to Jersey City and neighboring towns we took, he started acting out with his verbal abuse returning from disappearing to visit bad influences.

As soon as I put my foot down and returned the engagement ring, he quickly started begging me to change my mind and stay with him. He promised to change his ways and be the suitable “Prince Charming” I deserved. I look back now and realize how gullible I was for trusting him, hoping for a real change…

One day I remember getting out of the shower and he was on a mission to prevent me from going to work. He blockaded the doorway as he started carrying on how I was messing around with everyone at my job even my own family members. Ridiculous! So I continued making my way through the room to grab my undergarments and work uniform. Then he stared snatching every piece of wardrobe I attempted to put on. I reminded him that he didn’t pay my bills and I needed to go to work.

Immediately, he started throwing things about in my bedroom. He flipped the mattress and forced me between the mattress and the box spring. I couldn’t breathe and began to suffocate I was terrified. I was pregnant and he didn’t care. He proceeded to beat me when I was trapped…I thought maybe this could be fixed by going to counseling and being a positive support system. I kept excusing his behavior because of his upbringing, intellectual inadequacies, lack of a religious background and even mental health. It wasn’t until the abuse carried over to my children that I drew the line”. (From Krystal’s Journal).

How does a mother find the strength to leave? When does the need to survive kick in over fear? The abuse is a process to destroy. There is no happiness. There is no peace. Life becomes a nightmare trapped in hell.

“You can be strong enough to leave with a little help from God. I know from experience the repetitive cycle trap and the urgent feelings to continually try to fix the abuser or change the atmosphere to better support, peace and family unity…I soon found a domestic violence support group and became a survivor along with my daughters. I suggest of you or anyone you know, young or old are in any kind of domestic violence situation, make a choice to get out. It’s your time to connect to the resources available to you with God’s help be free from this kind of oppression” Krystal stated finding her strength based in her religion and wanted all women to know.