The photos here were taken in a shoot with Charlene Mann Ford that was won in a drawing at Rochester Woman Online’s Think Purple Domestic Violence Awareness Event last October.

Whether fate or mere coincidence, the lingerie shoot relates to the reasons I attended the event in the first place; as someone who lived through domestic violence, awareness and advocacy of resources for domestic violence survivors is a meaningful cause to me. 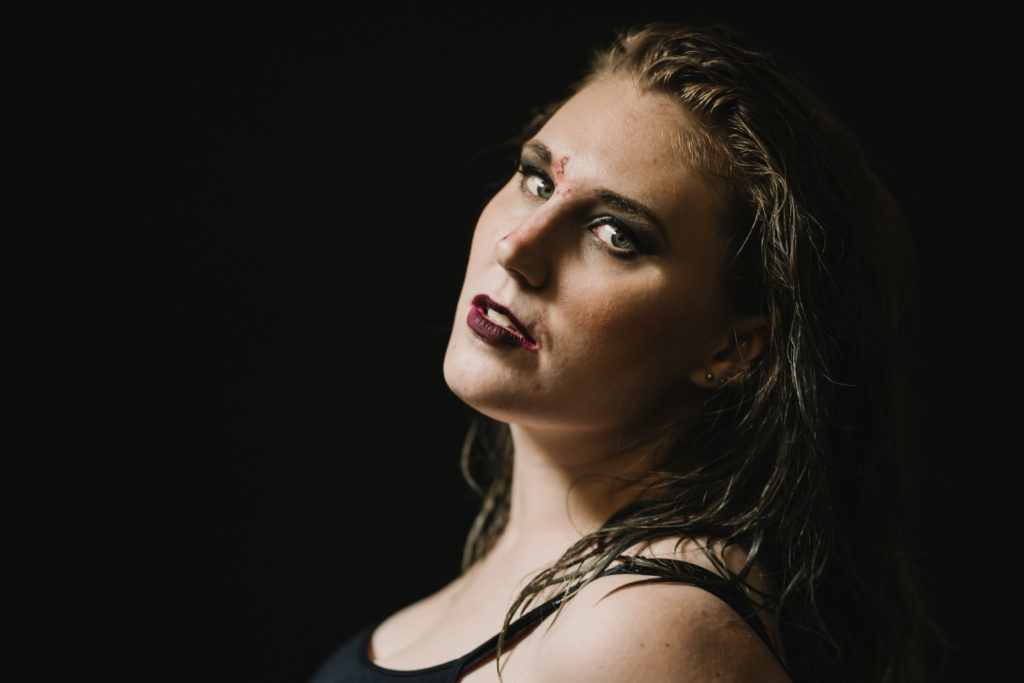 A considerable portion of those experiences of domestic violence was sexual abuse at the hands of a family member. Their interest in photography dabbled beyond the boundaries of appropriate toward me, and any indication of “No” I conveyed was met with antagonizing questions of “Why not?” regardless. Included in that pressure was their expression of wanting me to do a cheesecake shoot, not dissimilar in nature to the shoot I had with Charlene.

Though a young adult at the time, I did not possess the cognizance to understand why the situation distressed me so much. I confided with a friend at college about the scenario, without realizing it was one of the first times I was disclosing the abuse that was happening. Their reaction of alarm, along with their offer for me to stay at their house, was a surprise to me—it would be at least another year before I would be able to recognize, let alone accept what was happening.

The culmination of my twenty years in this situation led to severe problems with mental health and the development of chronic pain conditions. Additionally, I specifically developed an aversion to modeling, deviating from my natural hammy, younger self that beamed at cameras. 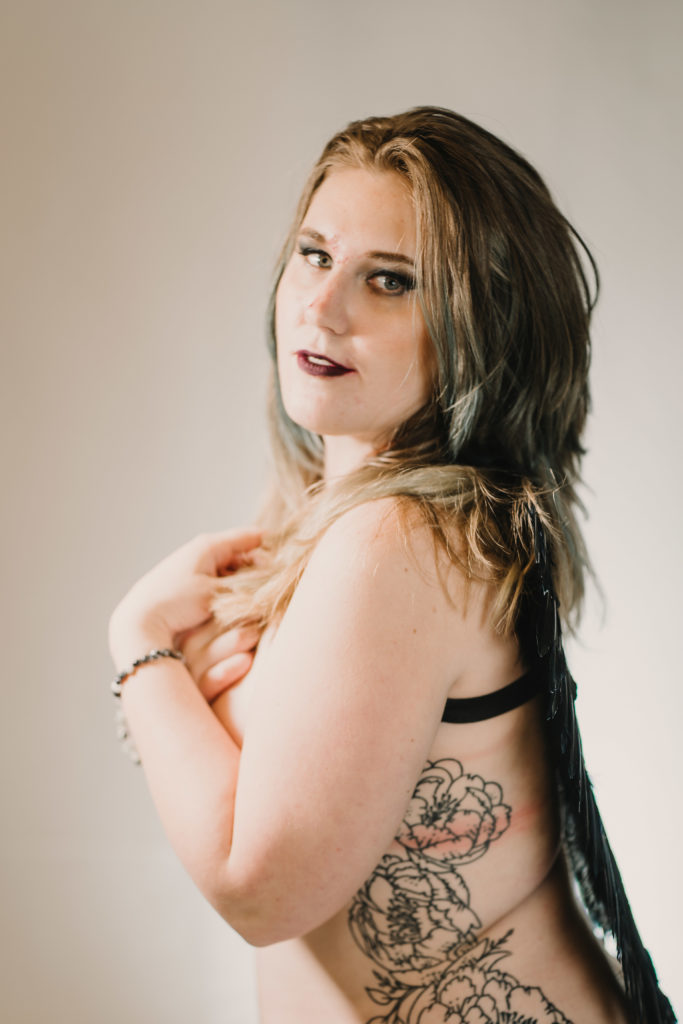 After I moved out from this living situation, I began to once again dabble as I used to, before the photo-related abuse from the family member, by posing in photos set to timed shots so I could be alone; however, I kept it secret, feeling deep shame for enjoying it.

Along with chronic dissociation from my body, I also wrestled with my background of religious fundamentalism and its double standards towards women’s body image and behavior. Some time after blocking my abuser, part of my coming-out story included putting up risqué photos—photos which made me feel empowered, like I didn’t have to hide behind clothes any longer. Inadvertently, I received judgmental commentary and messages from people I had known most of my life about why I was putting such images up, given my abuse history. At the time, I wasn’t in a good state of mind to have a conversation with these persons, whether they intended judgment or not, and quietly let them go from my life.

Oddly, in spite of my rekindled love of posing, I never had considered modeling once until a friend suggested it. Modeling seemed like an exalted lifestyle, reserved only for select individuals; also, I had no idea that other types of modeling besides high fashion runway existed. I began researching what I could find—surprisingly, not much. But, I did learn about modeling for an agency versus freelance, expectations in the industry, and the science of lighting and its effects on the resulting two-dimensional image extracted from a three-dimensional pose. I continued to practice alone, and over time, with friends. Eventually, I found an agency’s open call and decided to attend, quickly learning the industry requires thick skin. The first time I was rejected, so I gathered the photos I had taken, printed them, and organized them into a professional portfolio. I was accepted the second time.

The agency was only part-time, and I was able to land some gigs in runway and a music video. I relish runway, but I wanted to continue exploring other interests, such as a dark and edgy photoshoot or a lingerie shoot. When Charlene and I did the shoot together, I had such a blast, and it also held a much deeper meaning.

I requested no concealer or foundation for my makeup, done by Emily Pangburn. My face is the only noticeable canvas of self-inflicted harm, exacerbated by a food allergy, and is a habit I learned as an adolescent in order to avoid being the recipient of it from my abuser—it hurt less that way, and I could control it. However, that didn’t prevent them from using my self-harm as an excuse to segue looking under my bra to survey the damage, once including unwanted touch. So in this shoot, I left my scars and skin exposed, as a pair of middle fingers to the harmful ideologies I had been taught about my body: to the “ When women say ‘No’ it means ‘yes’” I had been told; to the “immodest” = “asking for it”; to the “boys only want you for one thing”; and most of all, to all the instances I had been made to engage in or be the recipient of sexual advances that I never wanted.

Present-day, I’m doing much better, though I’m coming to accept that some scars never fully heal. By no means am I thankful for what happened—no one should have to survive such an amount of hell. I wouldn’t even wish it on my abuser. However, I am thankful I have been able to experience joy, peace, curiosity, and have had the relief of being able to hold two or more emotions in conscientious contemplation instead of being thrown about at the mercy of borderline personality disorder, now in remission.

I have survived years of suicidality, and at my worst, the dark impulses to cause others harm. I would like to get to a point again where I can snap a genuine smile at a camera, but for now, I can accept my current somber default. These photos are just a touch of the world and history that exist under this model’s skin. Though I have shared but a small portion of my story, I believe that keeping it raw and unglossed holds the best chance for connecting with others who have survived.

To my fellow hell-jumpers, “If you’re going through hell, keep going,” ~Winston Churchill. Pushing through the bleakness requires at least as many tiny steps of daily motions as it does grander epiphanies and lessons. I would know—I’ve survived it.