Last fall, Rochester native Toni Natalie published her memoir, The Program: Inside the Mind of Keith Raniere and the Rise and Fall of NXIVM. In it, she shared her harrowing story of living with and – the relentless pursuit from the man that the world would one day come to know as Vanguard, the leader of the sex cult, NXIVM.

But when she met him, in the early 1990s, he wasn’t Vanguard, yet. It would be decades before he would order his followers to burn his initials into their skin. He was still just a promising young entrepreneur with bright blue eyes and what was thought to be, a brighter future.

Natalie, born and raised in Rochester, spent years with Keith Raniere, as business partners and as a couple. When she finally left him, he threatened, “the next time I see you, you will be dead, or in jail.” Until his arrest in March of 2018, he did his best to make that a reality.

Over this past summer, Raniere stood trial for crimes ranging from sex trafficking to forced labor in the federal courthouse in Brooklyn, New York. Toni attended each day of his six-week trial, including the day he was found guilty. In less than five hours the jury found him guilty on all seven counts, charging him with racketeering and racketeering conspiracy; forced labor conspiracy and wire fraud conspiracy. The racketeering offense included predicate acts of extortion, identity theft, and production and possession of child pornography.

Q: Tell us, Toni, how did you meet Keith Raniere?

A: My ex-husband had an interest in multilevel marketing and was told about this man, Keith Raniere, who had a buying company called Consumers’ Buyline, Inc., And Keith, as we were told was the smartest man in the world with a 240 IQ. Consumer’s Buyline was a membership-based organization that saved consumers money on goods and services.

Q: Was it based in Rochester?

A: No, it was based in Albany but there was a group in Rochester.

Q: So, Keith was claiming back then to be a genius?

A: Yes, that was his calling card, and he used it well, right up until the day of his arrest. The thing that people forget today is there was no internet back then. This was the early 90s. I know it’s a really hard thing for people to wrap their minds around, especially today, given the fact that we all walk around with little computers in our hands. But it’s true. There was no Internet, the way that you determine whether or not someone was being forthcoming was through an introduction and looking into someone’s eyes. And, Keith was very unassuming, he looked like a geek.

Q: And you trusted him. You would eventually move with your son to Albany. You had what you thought was an exclusive, serious relationship with Keith. You worked with him at Consumers Buyline, and you even started a company with him. This was before he started his cult. What was dating him like?

A: You know there were some good times. You don’t stay with someone that long and have all of it be horrible. My mom used to say in order for Keith to be with me, he had to be normal, or pretend to be normal. He tried until he just couldn’t do it any longer, and, that’s when he found his “next” step to becoming Vanguard, Nancy Salzman, now one of his convicted co-defendants.

Q: You left Keith in 1999 after nearly eight years. And toward the end of your relationship, Keith had become abusive emotionally and sexually. You knew you wanted to leave, so what was the final straw?

A: The final straw was so ridiculous. I called and ask him to help out with some laundry, I was at work. I asked him to move some things into the dryer, but not my black sweater, because it would shrink. When I got home the sweater had made it to the dryer, it could have fit my Maltese. I said, “Keith, I asked you not to put the sweater in the dryer, and he started screaming at me, ‘I’m the smartest man in the world’ as he backed me into a corner with spit coming off his mouth, screaming at me to apologize, and say I was wrong, claiming with his 240 IQ, and total recall, he was right, and I was wrong.

Q: You left him, and then from that point on Keith was determined to make your life a living nightmare. Suing you multiple times, twice he tried to get you thrown into prison, along the way bankrupting you and your mother, and sabotaging any hope you could have for a normal life. And this went on for almost 20 years.

A: Keith had access to unlimited amounts of money. He was backed by the heiresses of the Seagram fortune, Clare and Sara Bronfman. With unlimited money and resources, he was able to put a lot of time into trying to destroy not just my life, but many people’s lives. That money bought him power, and with that power he bought lobbyist, attorneys, and politicians.

Q: You were at Keith’s trial last summer. And you heard vivid details of many of Keith’s crimes. I imagine that there is little left that could surprise you, but did anything come out during the trial that you weren’t expecting to learn or to hear?

A: I don’t know if I was surprised but sickened by hearing just how many people knew about the things that were going on, and, how long they knew. I was just shocked at the number of women in that original early inner circle that were aware, especially about the underage girls. Yet no one did anything to stop him. 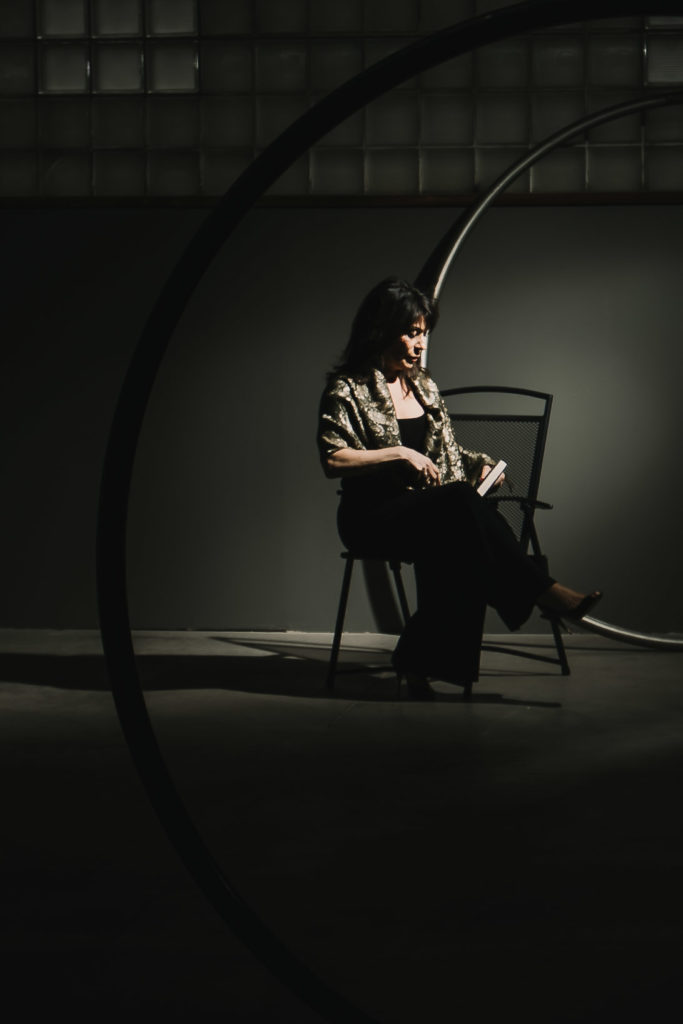 Q: The Keith Raniere story is a story of one enabler after another.

A: Very much so, yes. Keith is lazy. If I said this once, I’ve said it a thousand times, he’s lazy. He’s not capable of doing any of these things on his own, he uses, or buys the people around him to do his dirty work. With that kind of money at his disposal, as you will read in The Program, he was able to get a lot of things done, a lot of very scary things.

Q: How does Keith do that? We now know he doesn’t have a 240 IQ. He’s not particularly charismatic. How did he get control over all of those people?

A: Keith is an amazing listener. He learns about your strengths and weaknesses; he listens for your vulnerabilities and then he uses them against you. Using your strengths, and weaknesses, convincing you that you owe your strengths to him, and without him all you would be left are your weaknesses. There’s a genius there, an evil kind of genius. And it’s so slow, very slow, like any coercive control relationship it’s done overtime, like a pedophile grooms their prey, by the time you realize what’s happening, you’re so far into it, all you feel is trapped. Many people don’t have a support system, it’s something groups like this look for. I was lucky, I had my mom and dad, and he was early in the game, they got better at it. There is a shame many people feel within groups like this, it’s like a bad marriage, you stay in for your children. Many people stay because they brought their friends and family in, and don’t know how to get out. Isolation is a key component in groups like this.

Q: Other than the guilty verdict of course, what was your favorite part of the trial?

A: Watching Moira Penza, the lead prosecutor, take him apart bit by bit. Keith always felt that he had so much control over the women around him, and there was this beautiful, powerful, brilliant woman who he had no control over. And she got it, she understood how Keith operates, and she used that understanding to put him in prison, hopefully for the rest of his life.

Q: Your book, The Program: Inside The Mind Of Keith Raniere And The Rise And Fall Of NXIVM is out, and I know there are other projects in the works. What would you like people to learn from your story?

A: That you can survive, and I have survived, I’m exactly where I’m supposed to be. One person can make a difference. You have to know your truth, stand in it, and be strong enough to recognize that regardless of the story that anyone else is telling, you have to be the person that defines the ending of your story.

Q. How can people find you, and what you’re doing next? 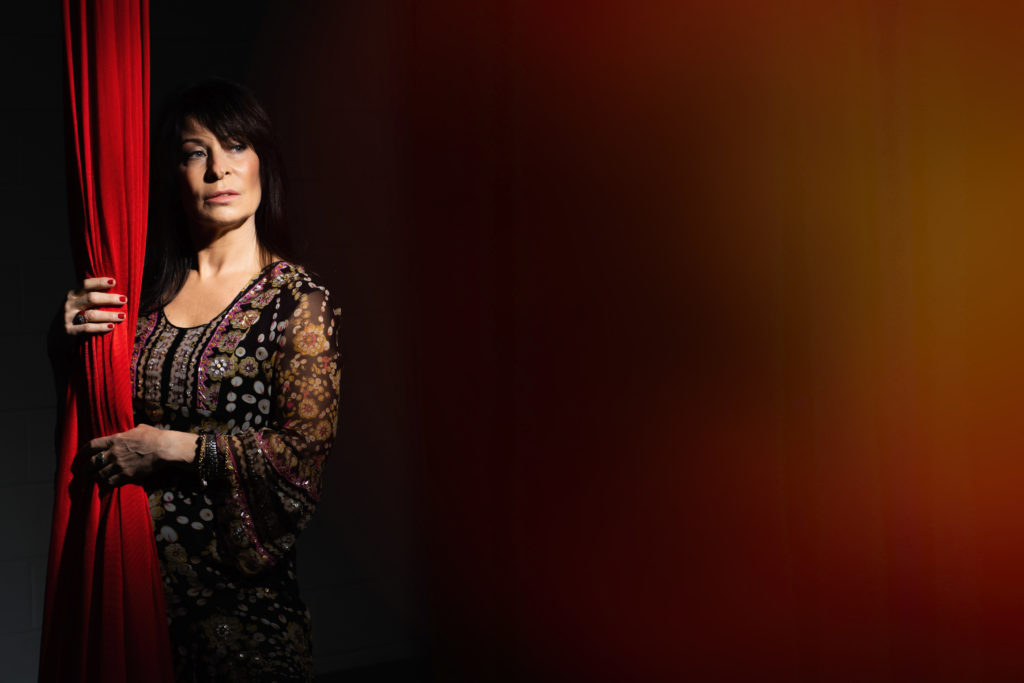