TRACY SIMONE: Wanting & Doing It All!

Women today often juggle multiple careers. We want it all and we are capable of doing just that. RWO is proud to announce the newest addition to our editorial team, Ms. Tracy Simone out of Albany, NY. Tracy is an amazing woman who is an IT professional, a model and an actress.

She shares that she basically fell into all of her careers. She grew up In Schenectady, NY, home of General Electric. Her mother placed Tracy and her brother in a program at General Electric founded to increase minority engineering graduates. At 17, like many others, Tracy was not sure what career path

she wished to pursue. She enjoyed her high school computer classes, loved visiting different colleges and potential places of employment and GE was offering scholarships, so this assisted her on her way in exploring the famous question of “What do I want to be when I grow up”.

Tracy planned to start with something technical and then pursue “something fun” like music. Starting off at Rensselaer Polytechnic Institute in Troy, NY, Tracy jumpstarted her life enrolling in the computer science program. This was a huge step for Tracy and soon she found herself evolving from a great high school student with a bright future to a struggling Compute Science major in an engineering school.

Tracy shares, “Going through RPI was one of the hardest but most rewarding things I ever did. It taught me to persevere and inspired me to compete professionally. One day on campus, I was walking to the computer center (no PC’s, internet or cell phones back then) and I was asked to join a project in production. Another student and I were just walking by. After participating, I thought doing this was fun. The following semester the same production team needed subjects for a training film about fire safety. It was fascinating watching what they were doing and how they made fake films appear like a real fire. I began wanting to know more and this led me to look at casting for commercials.

I assumed models were in the commercials, so I signed up for a local modeling school’s program (The Barbara Thomas Agency). Acting was another thing I fell into, as the agency sent me out on some calls requiring speaking on camera. I hated it at first because I found it stressful to remember the lines, pretending that I wasn’t speaking from memory, staying in the shot and listening to the director all at one time. I ended up doing quite a few industrial projects, mostly employee training films for General Electric, New York State, Price Chopper and others. I did so many of these projects and commercials, I became eligible to join the Screen Actors Guild. I am working in a combination of IT, modeling and acting ever since”. 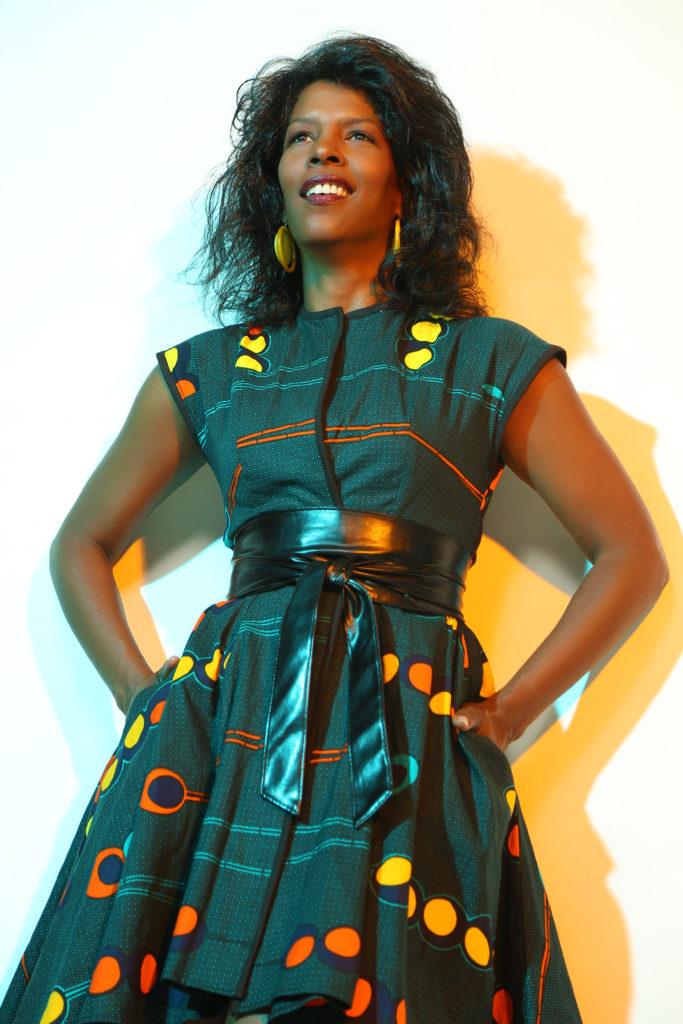 Tracy enjoys the diversity in her career and never knowing what is next. Modeling and acting are the extreme opposites of a corporate job. In her day job, she works with the same people doing similar things. In modeling and acting, Tracy loves that she travels all over. She loves meeting new people. Every project she is a part of is unique in nature. She never has any idea of what she will be asked to do or wear. Some days there are celebrities, some days are very physical, some days are for beauty, some days are to sell cars, etc.

Tracy says, “I was paid to roller skate, ski, ride a roller coaster, play a nurse, be an attorney, wear wings to events, you name it. I never know where I will appear. I was placed on billboards, greeting cards, magazines, television, the movies, runways, web ads and my voice was used in voice overs. It is all work, but it is interesting and fun”

If that’s not amazing in itself, Tracy is also a single mom. She took several years off from modeling to concentrate on raising her daughter. Tracy indicates her daughter, now 18, is the most significant person in her life. She is all grown up and is scheduled to graduate from high school this year. Tracy says having her daughter inspires her to do some of the things she is doing. She describes her as talented, beautiful, hard-working and attributes her daughter has probably taught her more than she has taught her. Tracy shares that she lost her mom at the age of 26, so having her daughter and becoming a mom herself was very special to her.

Sadly, Tracy as a woman of color in the industry, was faced with discrimination. It made her stronger.

She shares by saying, “There were definitely instances of discrimination in modeling. A few incidents come to mind. I remember being selected on several occasions to be “the One” wearing the special gown or the signature piece of the show. Other models or event organizers made racist comments. This never stopped me. If anything, these things just made me work harder. I never felt I had anything to prove to anyone and I knew I deserved the opportunities I found myself participating in. I felt it was unfortunate, other people didn’t like the fact the black girl was the chosen one.

I also experienced racism in my corporate position. I was given a promotion and was chosen to head up a major project. Someone didn’t like that I was placed in the high visibility position and had the nerve to ask me how I got my job. Silly man. I broke it down to him in a way I know will make him think twice about doing that to anyone again. I work hard for everything I achieve.
Another example was when entering a modeling contest to represent a chain of stores in New England. I won! I interacted with another model who competed later at a bridal shoot. When I shared my news, her reply was, “I think having a black spokesmodel is limiting”. 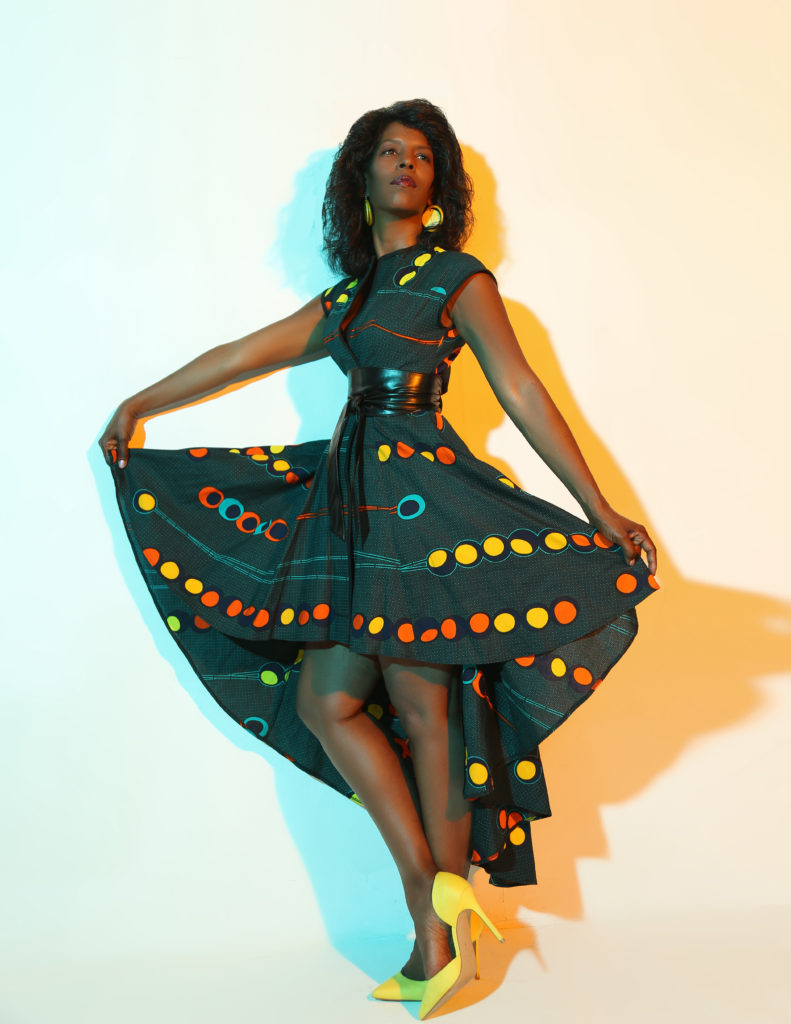 I never let these things bother me. I strive to do the best I can in everything I do. I try to have fun, but I always take all of my assignments seriously. I believe I was given one chance to be me, so I go for everything I want. If things don’t work out, they were either not meant to be or I was supposed to be doing something else”.

Tracy hopes to seek out some larger speaking roles in the future in film. She also enjoys doing print work.

She tells us, “There is one final part of me that I haven’t let the cat out of the bag about, but you will see her within the next five years”.

Tracy is an inspiring woman who is also concerned with issues that impact young people today and their futures. How people are treated in this world is eye-opening. Unfortunately, many people chose to be followers as opposed to leaders.

Tracy shares, “Many people follow the crowd or the lead of those who control the media, the entertainment industry, the courts, the government, etc. I am very concerned with where we are going as a society, especially here in the states. Many people allow themselves to be mistreated and are afraid to take a stand for something. This is a problem. We take so much for granted because we have so much. There are a lot of people who do not have basic necessities and not enough of us do anything to help. We must realize we are a part of a whole and we can each contribute something.

Everyone should enjoy access to a good education, food, water, love, peace and fair treatment. We get too caught up in material things. Life is truly what we make it. We need to make it better for ourselves and those around us.

I think our biggest issue is misinformation. People are programmed to believe things which keep those who are in power in their positions and to buy what they want us to buy. People are trained to believe what they see and hear and many fail to think for themselves. I think if more people were more engaged in what is actually going on around them, rather than being passive and accepting what is presented to them, we would all be better off.

For instance, people used to get upset when they saw negative images or heard bad lyrics. Now, people buy into the negative images of others that are projected. Too many people are only concerned with things that directly impact them personally and they discount others, based on the misinformation they are fed. A lot of them buy into stereotypes they saw or heard, and it can become dangerous. Some don’t even like themselves because of what they are fed”.

In closing, Tracy tells RWO readers: “You MUST pursue your dreams. Do not let anyone or anything stop you from being the best you can be. You will never be your best unless you are somehow feeding your soul. If your dreams do not pay your bills, then pursue them on the side of a job with a steady paycheck. That provides you balance and relieves the stress of not having the financial means that you need to live comfortably. It is no fun being excellent at something, but hungry.

If you are doing what you love, even if it is just part time, opportunities will start to come for you. So will the haters, but they are just a sign that you are doing something right. Do not ever give up on your dream. Do not give up on yourself. Make sure only positive folks surround you and don’t forget to share your gifts with the rest of us!

You will never have peace, unless you do what is in your heart to do. You were not put on the planet to only be in a 9-to-5 situation. Things like age, race, gender and size do not actually matter for your dreams, especially now with the internet age. Decide what you want, start doing research on it, learn it inside and out and reach out to other people who share your interests. I am 55-years-old and just got back into modeling and acting 2 years ago, when my daughter got a little bit older. I jumped right back in where I left off and I was never as busy with these things as I am right now. Pursue your dreams! Now!”

Be sure to tune in for Tracy’s monthly column as I am sure she will bring some diverse, interesting and important issues to the table in our RWO community.