WHEN YOUR SMILE NEEDS A MAKEOVER

An Unbreakable Will: Dr. Gabriela Carranza’s Long Road to Rochester

3217. Three thousand, two hundred and seventeen miles. This is the lengthy distance in miles over land from Guatemala City, Guatemala to Rochester, New York. It is also symbolic of the long road that Dr. Gabriela Carranza has had to travel to get to this point in her career as a highly specialized dentist.

As a child, she experienced the tragic loss of her father when she was just nine years old. Her father, Edgar, was the victim of a robbery and assault while working at his manufacturing company. Her family’s grief melded with a state of panic, initially unable to confirm Gabriela’s whereabouts. Gabriela typically joined her father at his work after school, but miraculously did not do so on that dark day. As the family slowly recovered from a life-altering event, it would be the matriarchal figures in her family – her unwavering grandmother, Rosa, and her mother, Angela, who would help to fill the void.

Her mother, Angela de Carranza, was driven to step in and plug a variety of roles for her four children. She was a parent, financial provider, best friend, teacher, and mentor. An accountant and financial auditor by trade, she focused on working as many hours as possible to climb the career and economic ladder, while also dedicating herself to her children, leaving her with time for little else.

Children deal with the unexpected loss of a parent in a variety of ways. For Gabriela it propelled her to form an even closer bond with her mother. She saw how hard her mother worked, while still making time for her children, and she came to idolize her. Angela modeled the behaviors of a strong, independent woman. Relentless and tenacious. Through osmosis, the seeds were planted for who Gabriela was later to become. It is pretty well established that dentists, like most other healthcare providers, are required to go to school for a looong time in order to obtain their titles of DDS (Doctor of Dental Surgery) or DMD (Doctor of Medicine in Dentistry). General dentists typically undergo eight or nine years of schooling after high school – four years of an undergraduate degree, four years of dental school, and typically an additional year of a post-graduate residency. For specialists, tack on another three years, for a total of eleven years of education post-high school. In 2017, Gabriela completed 14 years of dental education.

She completed her first dental degree in her hometown of Guatemala City, but was left wanting, feeling that she still had further to advance in her training. Clearly it was not an easy decision to leave her country, in part because of the strong relationship with her mother. But her mom understood her daughter’s need to continue to develop as a practitioner. “When she left, for me it was very sad,” said Angela, vice-president of a Japanese truck manufacturer in Guatemala. “But I’ve always thought that if my children want to fly far from home and it would make them better professionals, more successful and thus happier…then they should do it. In Gaby’s case, no one was going to stop her.”

Gabriela’s degrees would begin to accumulate like scrolling end credits at the end of an epic motion picture. Her first stop was New York City, attending the International Prosthodontic Program at New York University (NYU).

The plan was to return to Guatemala after one year, but once she scratched the itch of studying with other top professionals in the United States, she had to keep at it. She was awarded a scholarship to return for a second year, this time providing clinical instruction in the international program. She then entered and completed a three-year residency in Prosthodontics at NYU. Prosthodontists are highly specialized dentists, experts at the replacement and restoration of teeth. “Prostho” comes from the Greek word “prosthesis”, meaning to add or to place, and “dontist” is derived from the Greek word for tooth, “odon.” Prosthodontists also happen to be masochists, consuming and learning everything they can related to the oral cavity. 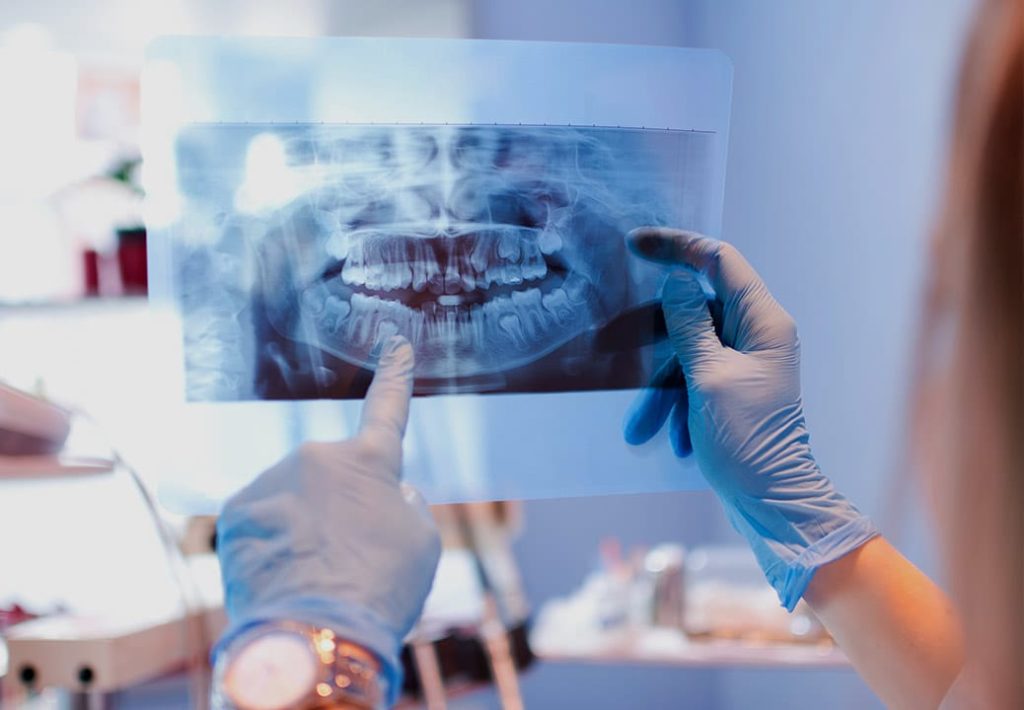 Eleven years studying dentistry still did not seem quite enough for Dr. Carranza. She then applied for the Graser Implant Surgical Fellowship at the University of Rochester’s Eastman Institute of Oral Health (EIOH). And with a tendency to will herself to succeed (she proudly admits to having read both “The Secret” and “The Power”), she was awarded the single position available that year. Her first year at the University of Rochester also led her to fall in love with the Greater Rochester Area.

Snow
Guatemala has an average daily high temperature of approximately 75 degrees farenheit and fluctuates no more than a few degrees throughout the year. Many people coming from such a temperate climate would likely balk at moving to a region with an average annual snowfall of more than ninety inches per season. Not Gabriela. “I get excited when I get to wear my snow boots, and I love watching the snowflakes fall, even in April,” she said.

With piles of snow unable to dissuade her, she soon made the decision to make Rochester her permanent home. Her dream had always been to enter into private practice in addition to teaching at the university, and so she completed the last steps required of her to practice in New York State – the Advanced Education in General Dentistry program. For two years, she was both a student and a clinical instructor at EIOH. But the end was finally in sight. After being hired to work in Dr. James Soltys’ prosthodontics practice in Victor, New York in January of 2018, she then took a major leap, and acquired his practice in September of last year, fulfilling a lifelong dream. 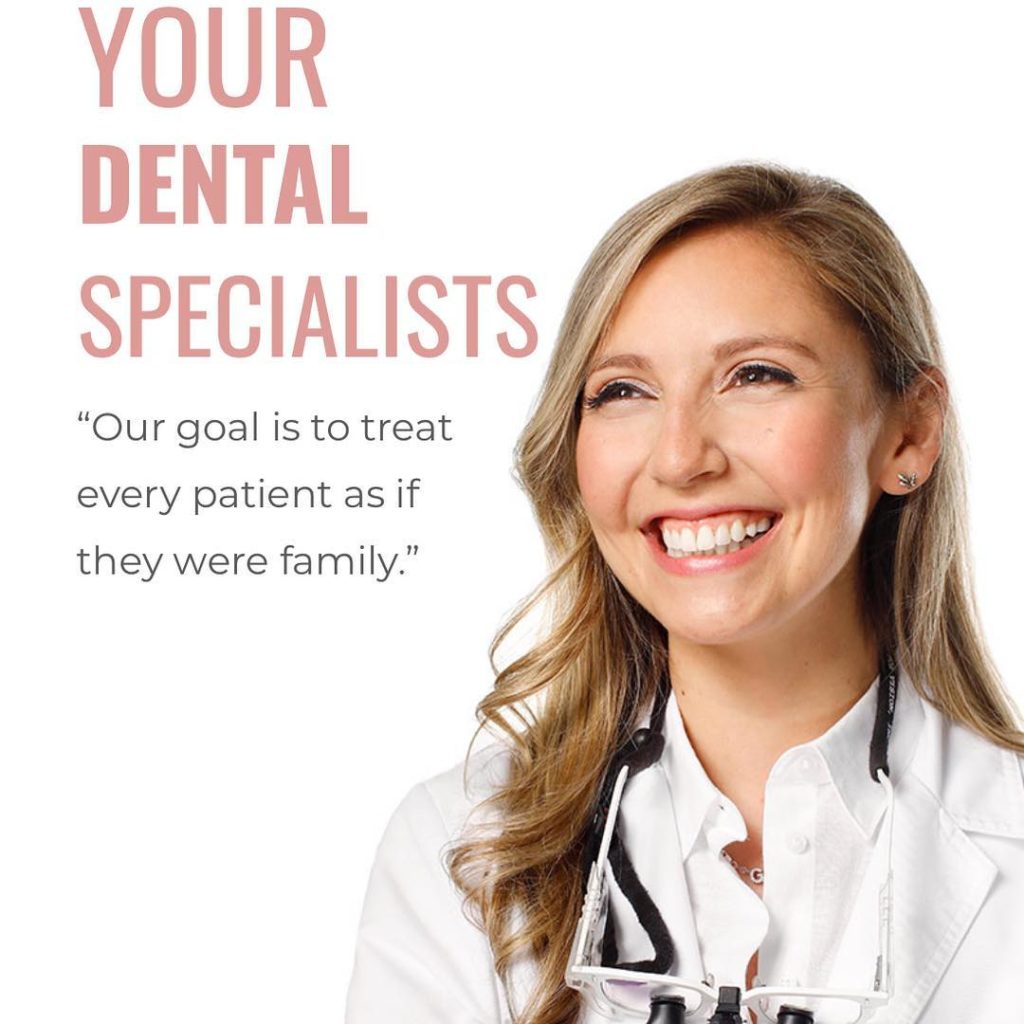 Victor Prosthodontics
The culmination of all those years invested in reading and re-reading text books, attending lectures, pulling all-nighters studying for exams, formatting presentations, repeating lab work, and treating patients came to fruition once Gabriela had a practice to call her own. And with two Prosthodontists (Dr. Soltys has stayed on) in the practice and growth in staff, she made the decision to move to a new, state of the art facility just down the road in Victor to East Victor Place, a burgeoning medical complex. Construction was completed on the practice in April of this year.

Greeting patients on the exterior walls and entranceway is the Victor Prosthodontics logo, the sleek silhouette of a butterfly representing the transformation of its’ patients smiles. Simply gaze around any corner of the office, and the look and feel of the feel of the interior is truly a reflection of Gabriela’s spirit.

Gabriela’s focus is on providing patients with the highest level of dental care available anywhere in the region. And with quite a number of patients traveling up to several hours round trip to see Dr. Carranza and Dr. Soltys, patient comfort was also key. “In addition to Netflix-enabled 4K TVs connected to noise-cancelling headphones, our extended treatment room has an oversized, snug dental chair with both heat and massage,” beamed Dr. Carranza. “We want them to forget they are receiving treatment until the point they’ve looked in the mirror and they can’t stop smiling because we’ve delivered their new teeth .”
Newly settled in her home away from home, Dr. Carranza can now begin to implement a program designed to honor the sacrifices that her mother previously made for her. Later this year the practice will initiate the Angela’s Award in coordination with local women’s charities, providing pro bono dental care to a single mother in need.

For more information, please visit: www.victorprosthodontics.com or call their offices at (585) 924-4180 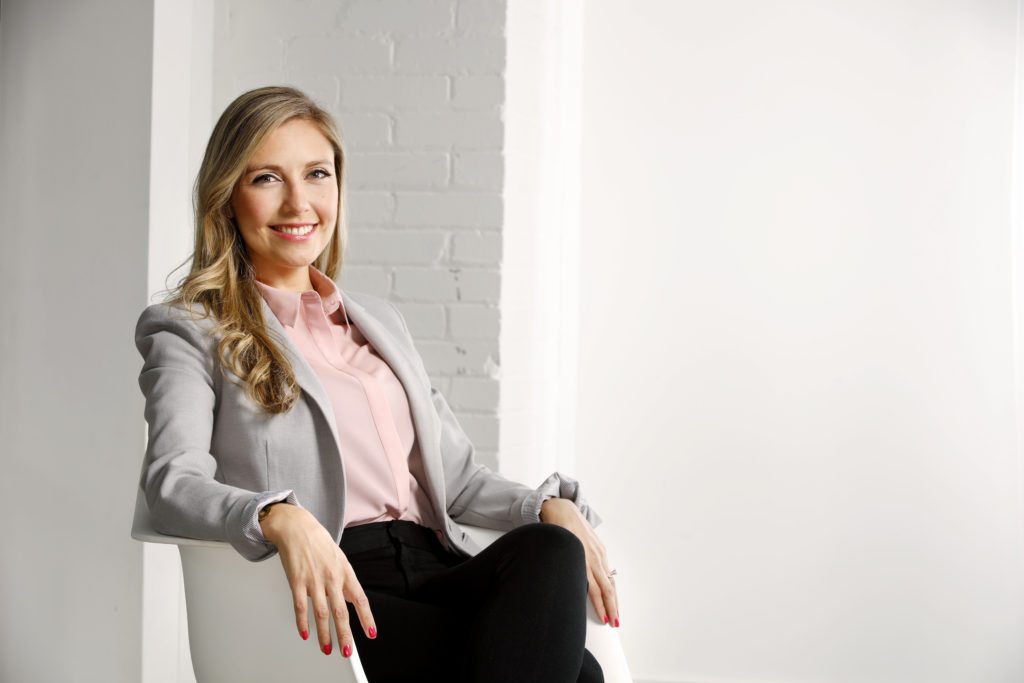