“BECAUSE I AM A GIRL” – COUNTRY ARTIST ALYSSA TRAHAN

My name is Alyssa Trahan and I am a country singer-songwriter originally from Rochester, NY. Music has been a part of my life for as long as I can remember. 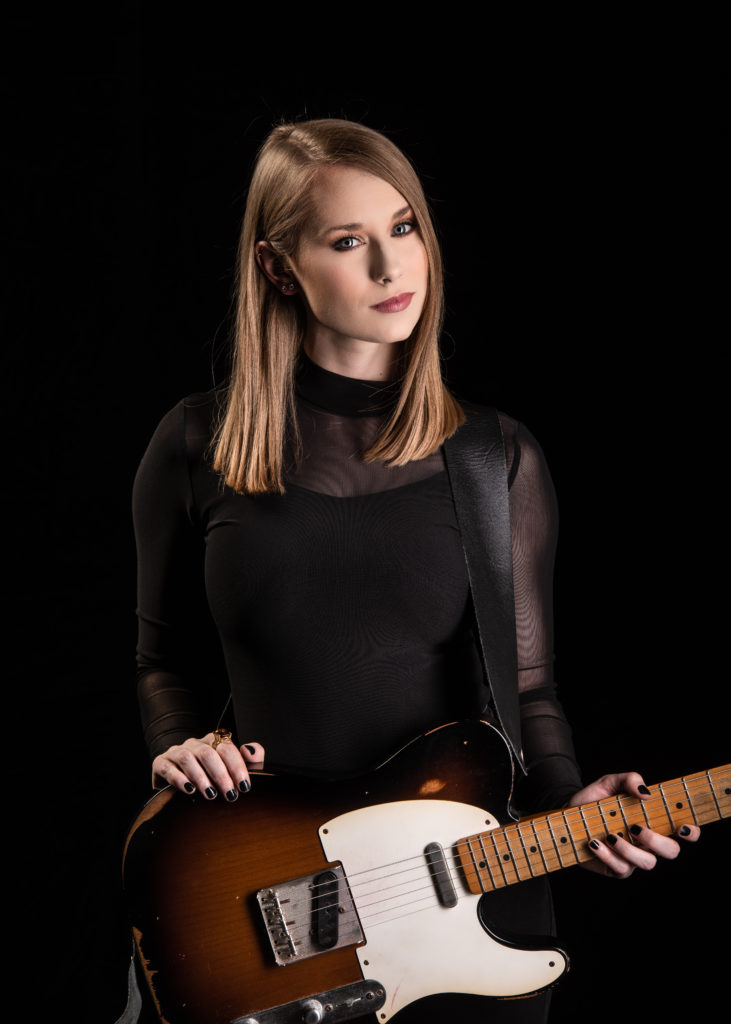 When I was little, I remember my dad playing guitar around the house all the time. When I started school, I became heavily involved in the music program as soon as I could. I was in choir, band, musicals and anything that had to do with music. I was also a dancer for 14 years where I not only learned several styles of dance, but taught kids and did some work with Broadway master classes. I never really had a moment where I decided I wanted to be a singer-songwriter, it’s always just been who I am. I remember as a kid I’d randomly get these ideas in my head, melodies and words, and then write them down in notebooks. I didn’t realize it at the time, but I was writing songs. I asked my dad to teach me guitar when I was about 11 so I could put music to my lyrics and melodies.

He taught me a few chords and I became obsessed. I practiced everyday until I couldn’t feel my fingers anymore and started really writing my own music. My first gig was at an acoustic show my band teacher put on called “Acoustic Coffeehouse” where students came and played basically whatever they wanted. I nervously played an original song of mine and after that, you could say I got the bug for performing! A friend of mine and prominent local musician Don Mancuso invited me to play with him one summer at a recurring gig he had, and that’s what really got the ball rolling. I played with him all summer then started booking my own gigs around town. I played in every coffee shop, restaurant and bar that would have me. I even played in a few bars before I was 18! I also started recording my own music at some recording studios in Rochester, NY as well as on my own. One year I asked my parents if we could go to Nashville, TN for our summer vacation. At that point I knew I wanted to pursue a career in music, and I knew that was the place to be if I was serious. They said yes, and I’m so glad they did. While we were there, I did an open mic at the Commodore Grille, one of the hot-spots for songwriter’s rounds in Nashville. 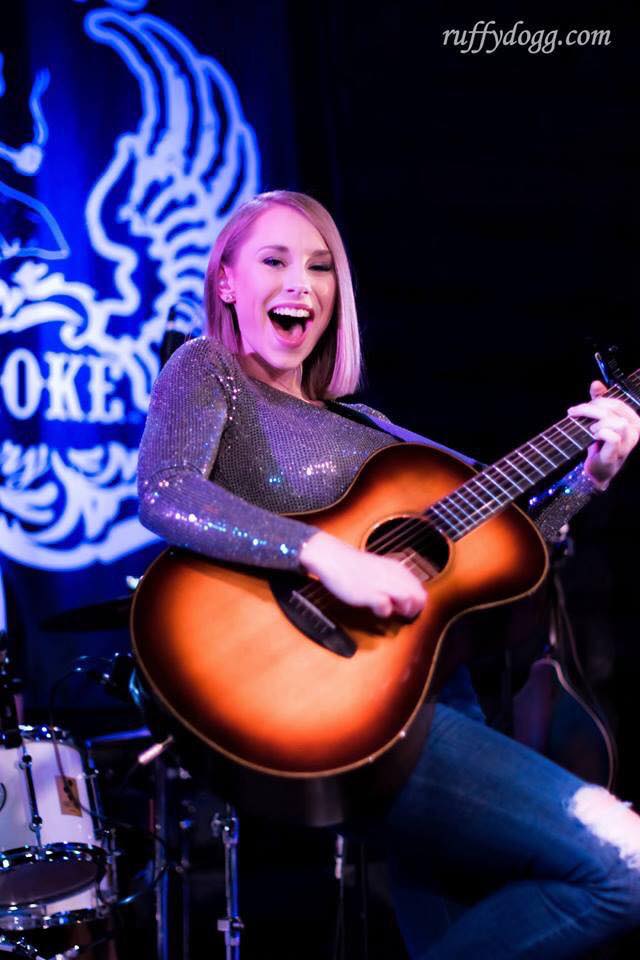 I watched hit writers play their incredible songs with stars in my eyes, then when it was time for the open mic I walked on stage with my guitar and sang my heart out. I was only 15 years old. Our vacation was over before I knew it and we were headed back to Rochester, but I knew I was going to call Nashville home someday. I had never felt like I fit in anywhere as much as I did in Nashville. I got a souvenir snow globe which I put right next to my bed, and every night I’d look at it just dreaming of the day I’d make the move to Music City. I really dove into my music after I graduated high school in 2013, making it my full time focus.

I wrote as many songs as I could, played as many shows as I could book and started making a career out of it. I even studied music recording at Finger Lakes Community College. Soon I told my parents I wanted to go back to Nashville on a “business trip”. I told them that music was my dream and I wanted to go for it. So, my dad and I drove down to Tennessee on the first of countless trips. While we were there, I met as many people as I could, played every open mic and recorded original music at a few studios in town. Nearly everyone I met told me the same thing…that they loved my music but I had to move to Nashville if I wanted to be successful. The thought of moving so far away was scary, but I knew I had to do it. So in 2016, I did. When I got to Nashville, I just immersed myself in the music community.

I wrote with everyone I could, took every meeting I could get and recorded hundreds of demos of original music. After two years, I signed my first publishing deal with Dan Hodges Music, a major publishing house on Music Row. Nashville is considered a “ten year town”, so signing my first deal in just two years was, and still is, surreal. Since making the move, I’ve been very blessed with amazing opportunities. From writing with people who wrote some of my favorite songs to opening for names like Charlie Daniels, Josh Turner, Lee Greenwood, and many more. My songs have been pitched to some of the biggest names in music, I even heard back from Keith Urban himself on a song I wrote that was pitched to him! I’ve also been fortunate enough to work with Skyfall/Sony records on my new music.

Being in the music industry is definitely not easy. Most of the horror stories you’ve probably heard about it are true. One thing that is definitely true, and that I have learned the hard way, is that the industry is incredibly sexist towards women. I’ve had men in the industry be very condescending and disrespectful towards me because of my gender. I’ve heard & read countless inappropriate comments. 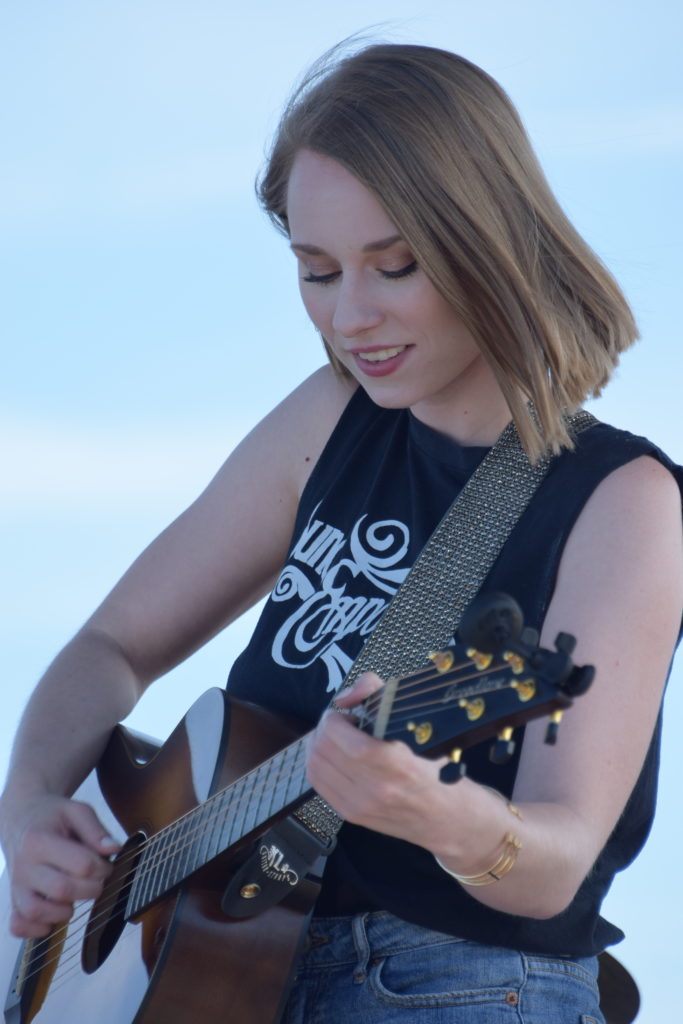 I’ve had label executives and producers tell me they “aren’t looking for a female artist right now” followed by a ‘compliment’ on my looks. I’ve even had people try to talk me out of my career choice simply because it’s “so hard for women” and that maybe I should “consider being in a duo with a male artist”. I’ve met several other female writers & artists in town, and these are things we’ve unfortunately all dealt with. These experiences and what I’ve seen happening in the world around me are what inspired me to write my newest song, “Because I Am a Girl”. I didn’t plan to write this song.

It just poured out of me one night. I was in my studio working on other things but this topic was weighing especially heavy on my heart that day. I picked up my guitar and this song was written in under an hour. I sent it to my team, not expecting anyone to like it, but the reaction was unanimous and we decided to do a rush release to get it out as soon as we could. We had a whole other song, and a plan for it all ready to go, but we put it on the backburner. “Because I Am a Girl” was written, recorded and released in just a few weeks. The song challenges standards in society and the music industry, specifically country radio where right now there is not a single female artist in the top twenty and very few females heard on the radio, period. There was recently an uproar in the industry and on social media dubbed “Tomatoegate”, where a prominent radio consultant called women the “tomatoes” of country radio while men were considered the main ingredient in a salad. In other words, for better ratings, radio stations should play mainly male artists with a few female artists here and there. Fans and listeners have made it clear they want to hear more women, but the industry will not listen. I’ve been told I’m “brave” to release this song, but I don’t see it that way. I truly believe this is the most important song I’ve ever written, and my hope is that it can make a tiny difference in the world. If a little song I wrote can move us one baby step forward,

I can’t think of a better accomplishment. Right now, I’m in the middle of planning out 2019. My team and I are working to release new music as soon as possible and I couldn’t be more excited about it. I feel like I’ve finally found my path, and my sound, and I can’t wait to see where it leads.

But, no matter where I go and no matter what I do, Rochester, NY will always be home. I’m proud to call Rochester my hometown and will never forget the support and encouragement that helped me get to where I am today!