I am sure we can all agree a parent’s worst nightmare is losing a child. Christopher Folk Esq, an Assistant District Attorney of Seneca County and Town Justice and his wife Tiffany (Seneca County’s Republican Election Commissioner) experienced this nightmare first-hand when their 18-year-old son Tristian committed suicide. Tristian was very involved in his community. 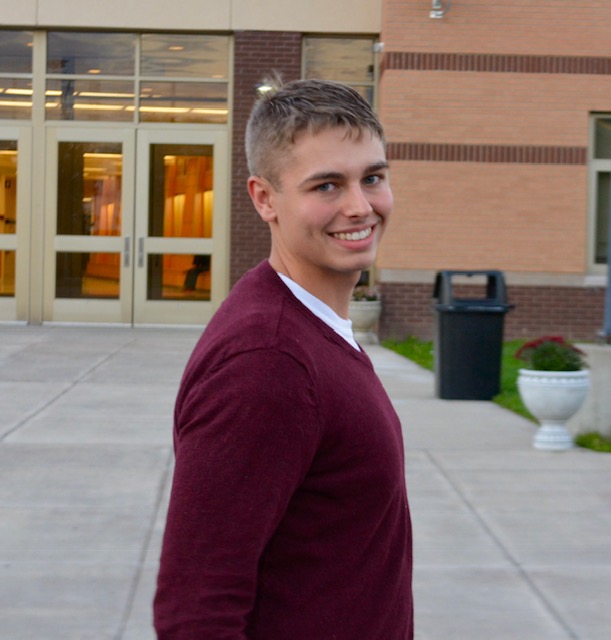 He was a member of the “Youth Interact Club” (Rotary International Organization) where he participated in many community activities from fundraising to service projects. He was an Eagle Scout (Troop 74). He was one of few, who were selected for and completed “the National Youth Leadership Academy” and the “American Legion Boy’s State Program”. He was a member of the National Honor Society.

In high school, Tristian was a member of Waterloo’s golf team, track and field team, the indoor track team, and the Waterloo High School band. He played the trombone and was in the jazz band. He earned a merit-based scholarship to attend RIT. The Folks’ were very proud of their son’s accomplishments and he did all of this before he was 18-years-old. While attending RIT, he was a member of the Pep Band and was in the Cybersecurity Club. Tristian was a freshman in college, who just received his congressional nomination and completing his applications to the service academy. He had everything going for him and looked like he was on the path of success on the outside. On December 21, 2017, the Folks lives changed forever. Tristian Folks committed suicide. 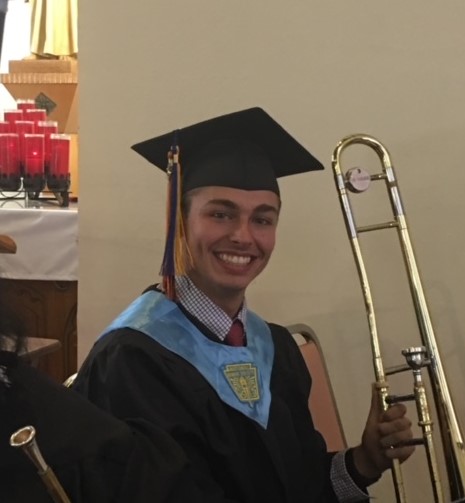 The Folks share, there were no warning signs, no history of mental health issues, no outbursts, no social anxieties. They had no idea there was anything bothering their son leading up to his suicide. They did not have any concerns about their son whatsoever. This tragedy hit them, and they were blind-sided. Tristian was home from college on winter break. That Friday, he was scheduled to receive his grades from RIT and was going to a physical fitness test required to enter the service. He was scheduled to attend RIT for a year, as he was waitlisted to enter the Coast Guard. Everything was normal in their household. The message here is what happened to the Folks can happen to anyone. This tragedy can strike any family, no matter how much or how little as parents, you are involved in your children’s’ lives.

Father, Christopher Folks shared, “In retrospect, he seemed a little “off “ on the day this occurred. It was only after-the-fact, we realized he was not his usual self. I was presiding over a jury trial. My wife, Tiffany was finishing up Christmas shopping. Tristian’s older brother Chris was home on leave. At the time of the incident, Tristian’s siblings, Calista, Chris and myself, were home. Tiffany and my daughter, Trinity were out.

I am unsure if he took his life before I arrived home, or just as I was returning, December 21, 2017. I thought he was with Tiffany, but my son Chris said he thought Tristian was home and he saw him go upstairs. I went upstairs to check on him and his door was locked. When I pounded on it, I didn’t hear anything. I ran downstairs, grabbed a hammer, broke the door down and that was when I discovered him. Unfortunately, I did not react veryand my oldest son Chris ended up coming upstairs also. He performed chest compressions to no avail”. 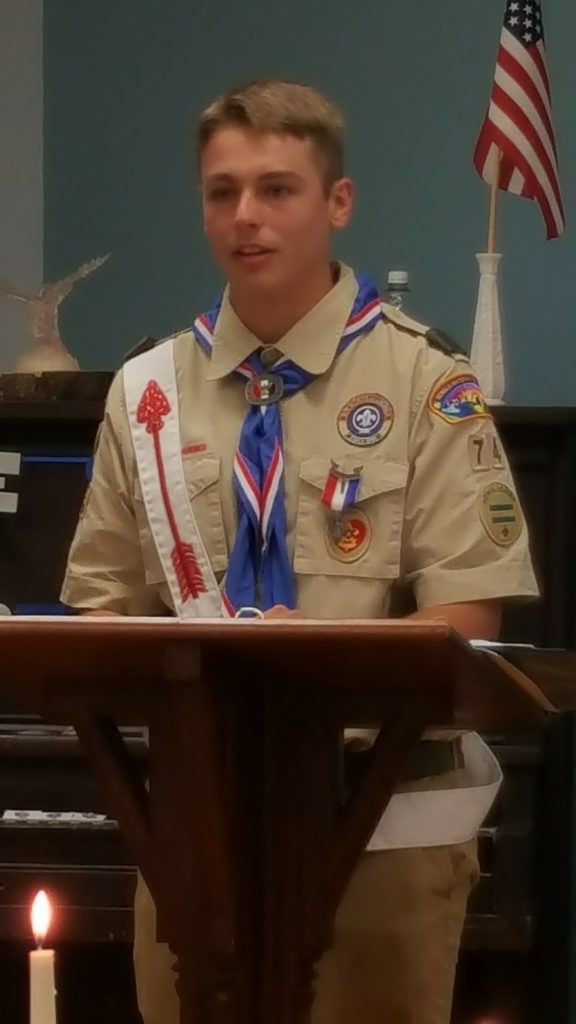 How does a family recovery after enduring such a tragedy? An unexpected event, where they lose a child and sibling? Finding the light out of darkness is what aided in turning the Folks’ tragedy into something positive. In an attempt to find a “light”, the Folks started a foundation to bring awareness to suicide. Obviously, every day they wake up and their son is still gone. There is nothing which can be done to change that. The family established a non-profit organization focusing on suicide awareness and prevention. Additionally, they will work on lobbying to create awareness for colleges establishing the schools should have something in place addressing this issue.

The Folks’ indicated, “We had three other kids and a community that expected us to move forward . We aren’t the same people and we don’t consider ourselves strong. We simply get up, get moving and keep on living. We honestly have no idea what else to do. It would be so easy to just lock ourselves up in our home, curl up in a ball and never venture out again.

Tristian deserves better than that and we were fortunate enough to have built some strong community connections and we knew that tragically, we were in a position to take action and to help effectuate change. This story is ongoing, I don’t think we’ve coped, and we certainly haven’t healed. I don’t think a parent can ever truly recover from the tragic loss of a child. I do know we understand we need to work to help raise awareness and promote prevention efforts. The kids have talked to professionals with some mixed results.

Ask!! We have attended TALK Saves Lives and ASIST (Applied Suicide Intervention Skills Training) courses in the past several months. We never thought that this was something that would affect us. Tristian was extremely bright, successful, and we thought, happy. Knowing what we know now, even if there are no outward signs, the transition from middle-school to high-school to a new school, to life events , and critically the transition phase from high-school to university , the workforce, or the military are key points in life and deserve extra attention and focus”. 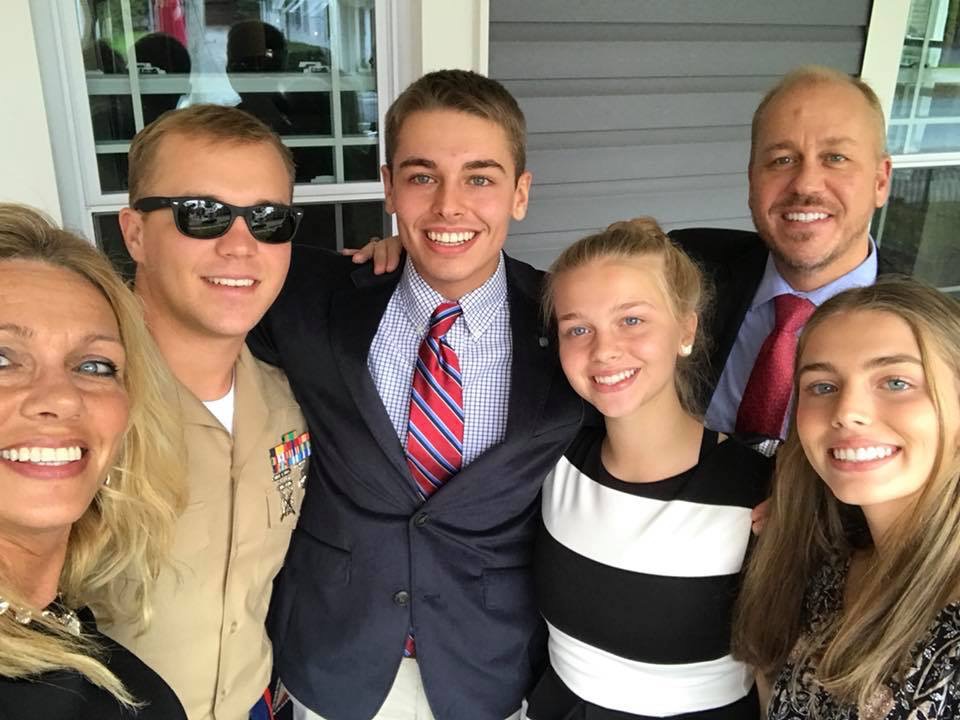 The Tristian Foundation is a Delaware non-profit the Folks started to bring awareness to these types of situations. More information is available at www.thetristianfoundation.org