THE MANY SIDES OF SUSAN

THE MANY SIDES OF SUSAN…
She is a thinker.
An observer.
A listener and a writer.
An internet scholar.
A storyteller and a self-described “life hacker.”

Susan Rook D’Ettorre is a journalist and photographer best known for her years as a CNN anchor first co-anchoring “Newsnight” with Patrick Emory and later PrimeNews and “Evening News,” co-anchoring with Bernard Shaw and later hosting the topical daily talk show TalkBack Live. Now she is off the air and living in Rochester, and Susan’s life is completely different but still fascinating.

She is a thinker.
An observer.
A listener and a writer.
An internet scholar.
A storyteller and a self-described “life hacker.”

In other words, it’s impossible to label Susan Rook D’Ettorre. She won’t fit into any box. Her life and career has always been varied. She likes to say “she is made entirely of energy and joy.”
Susan has been a journalist, television news anchor, public advocate, photographer, and writer. She has testified before Congress, been a panelist for a Presidential Debate, and received an Honorary Doctorate. She was been alumni of the year at George Mason University in Fairfax, VA, where she studied Communications.

She modestly says she is most proud of her continuing volunteer work and anonymous support for causes she cares about.

Asked where she is from and the answer is just as varied. “I was born in Albuquerque, New Mexico. But I grew up in the Washington, DC area, New Mexico, North Carolina and Florida.”

“We moved a lot but I’m pretty adaptable so that was exciting,” she said. “We lived for a year on a sailboat, going down the inland waterway. My parents were, what I like to call, conservative hippies. I know that’s a contradiction in terms — but they were full of contradictions. I was homeschooled about half the time.” You start to wonder if moving around so much made her the adventurous woman she is today.

But of all the places she has lived, Susan says Rochester is her favorite city.

“This city is unique in the vibrant art and local music scene. I can’t believe the number of festivals and activities always going on. If someone says, there is nothing to do in Rochester then they just aren’t paying attention,” according to Susan.

She says “I knew I wanted to be a journalist. I still think the absolute best way to make money is to be paid to research things, tell others and help people.” 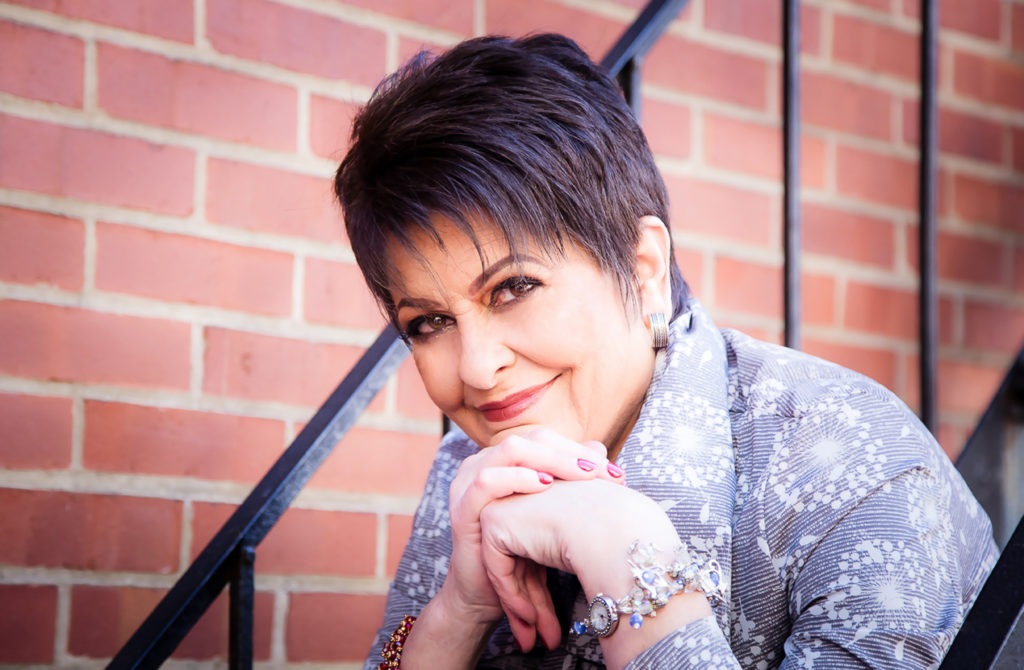 “I always thought I would be a print journalist but ended up in television news. I didn’t really understand the job differences between reporters and anchors so to my untrained eye it looked like being an anchor was the “top” of the profession. I created a vision board and a timeline to be an anchor by 30.”

“I missed that goal,” she says smiling. “I went to CNN as an anchor at 24! I’m telling you, vision boards are powerful when combined with a structure for success.”

Currently, Susan works with people to create a visual representation of their vision and then helps structure ways to make that vision a reality. Her business guides women to make vision boards and then use cutting-edge research to design habits to bring that vision into reality.

When you ask her to tell you how you got into her current profession, she laughs and asks “which one?”

“After leaving CNN I did a variety of things. I’m not afraid of trying new things. Recently, I’ve been ghosting blogs and social media content for people I’ve known for years. I decided to move away from ghostwriting and unattributed content creation to moving back into the public arena.

“I recently lost 100 pounds. I think the weight removal eliminated a lot of

barriers (physical, emotional and mental) from being willing to put myself out there. I used vision boards and timeline structure to remove that much weight. I thought, wow if I can do this I want to help others use the visual power of working with vision boards. The visuals alone are just pretty pictures and don’t actually accomplish anything without concrete plans and a structure for support. I love the creativity of the vision board workshops and the detail-oriented, research nerd part of me loves helping others to create individualized ways to achieve their unique visions,” Susan explains.

“Today, I’m moving back into the public eye with the Rochester Woman Online column called Vision to Reality and creating a new business that helps women use visuals to create and achieve goals.” A strong woman herself, she says “strong women inspire me.”

“Maya Angelou had a huge impact on me when I read I Know Why the Caged Bird Sings.”
Then she changed her mind. “I actually should change that to resilience inspires me. That can mean big and “small” struggles. I am drawn to those who are able to overcome barriers, limits, and circumstances. The stories of others inspire me to be grateful and, hopefully, help others.

“‘Wounded healer’ is a phrase I first heard applied to the recovery community – where people in recovery help newcomers and so also help themselves. We all have something to teach and I for sure have LOTS to learn” Susan says with excitement.

Susan is married to Billy D’Ettorre, the producer of the Brother Wease Morning Show on Radio 95.1.

“I’m married to the best guy for me,” she said. “Billy is a pop culture and music encyclopedia!”

And he got her into the Guinness Book of World Records for grape stomping.

“He found out about the grape stomping in the streets near the Lucy Museum in Jamestown. It was so much fun — bare feet in the freezing cold weather (October, 2014) wading into this enclosure full of concord grapes with 1,230 other people. Our feet were purple for about a week later!”

She does a lot of volunteer work but won’t talk about it.

“I’m pretty private about where I volunteer because I like the vibe of: ‘what do you do when no one is watching’ but I am a strong believer in community, support, and help. I think we are much stronger together than we ever are as the sum of our individuality,” she said.

As for the rest of her personal life, Susan has a ton of passions.

“I love hanging out with my guy — we like many of the same things so we have a good time together. He got me into baseball and now I’m a huge Mets fan and we love our Rochester Red Wings!”

She also adds “music is a huge part of my life. My in-laws gave me a Club pass to the Jazz Fest this year and I’m so excited! Rochester has amazing local musicians.”

She also loves to cook and says “I love to eat — with the weight removal I’m still cooking and eating, just different things.”

Susan and Billy have four cats — the two youngest are stray rescues that showed up at our house and then ended up inside.

She says “I love our home — it’s decorated with original art by some of our favorite comics artists, it’s elegant and comfy and I have a GAS STOVE that is fabulous for a cook.” 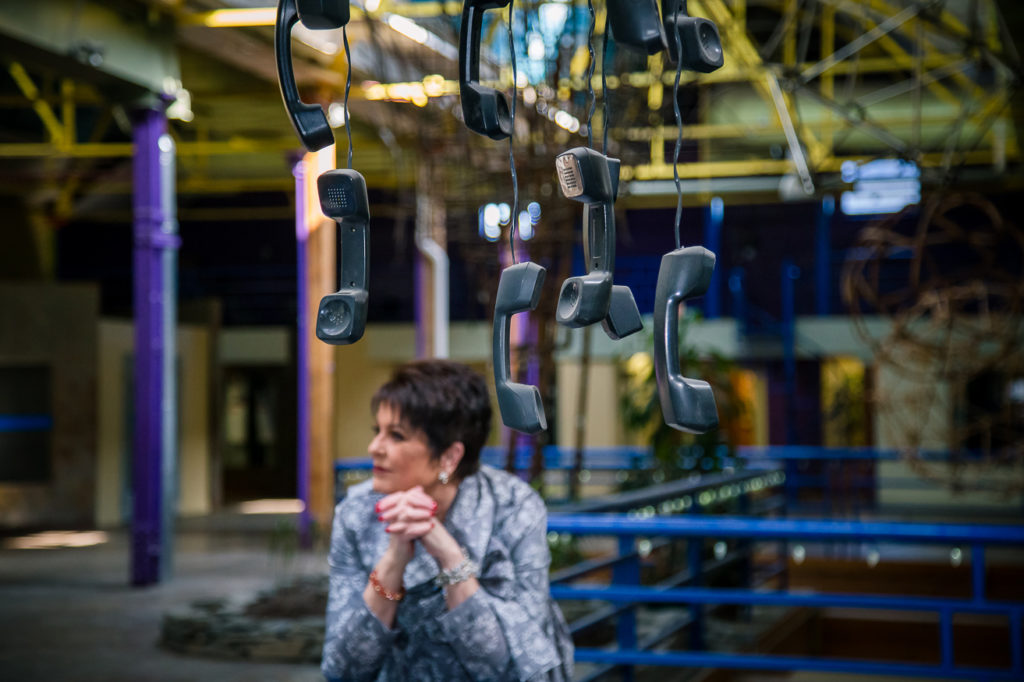 If you are interested in being coached and inspired by Susan, she said people can reach her through facebook as Susan Rook D’Ettorre. Otherwise you’ll have to search for her at a live music event or at a baseball game or simply email her at susanrook01@gmail.com.