IN HER OWN WORDS, REGULARS

BUILDING DREAMS ONE “WHY” AT A TIME

My path to Fitness Entrepreneurship

My journey to entrepreneurship has been a winding path. I was never one of those people who knew exactly what they wanted to be when they grew up. In fact, when it came time to decide on a major at college, I was lost. I knew I wanted to help people and that I loved being active and athletic, but I truly I had no idea where that would eventually lead me. 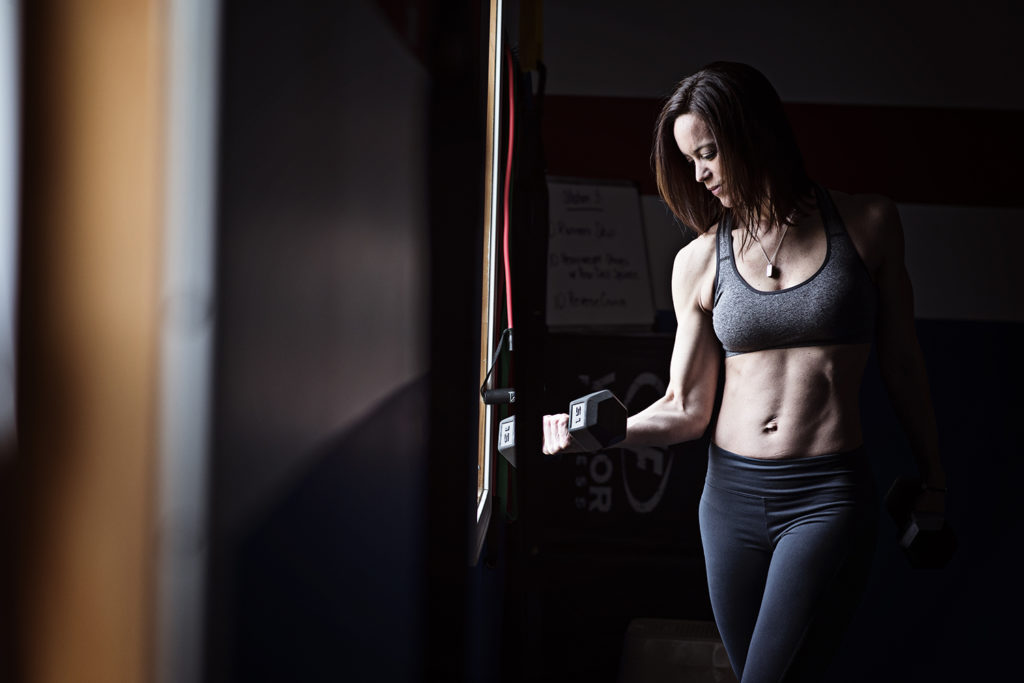 Growing up here in the Rochester area, I began my athletic path as a competitive gymnast. Little did I know I was setting up my foundation of a not only a healthy body but a healthy mindset too. I spent a lot of time with this sport with some really great coaches. As I got a bit older, I ventured out of gymnastics for a few years and dabbled in volleyball and track and field. I then found myself back in the gym competing for SUNY Brockport and finally finishing out my senior year with diving. It was in my college years that I realized I loved the weight room…a lot! But I still wasn’t sure where I was going with that. After getting through my general education requirements, I decided the major or field that made the most sense for me was Physical Education.

However, I wasn’t quite sure that being a P.E. teacher was my calling. My older brother was at Brockport at the same time after a few years in the Navy and he was also pursuing the same program, but had chosen a concentration in Exercise Physiology. Bingo! That’s what I would do too! Within that program, I still hadn’t narrowed down what that would look like as a career for me. I completed a few internships to test the waters. I was part of a cardiac rehabilitation program for a short time and then ventured into being a programmer/trainer at an all women’s gym. Well, given the fact that I was already so comfortable in the weight room, my unclear path started to become a little more clear. I graduated from Brockport and stayed with that job for a few years, working my way up to becoming the Program Director there. As much as I loved helping people there, I was beginning to see that I could possibly branch out and start something to call my own…but I didn’t just yet. 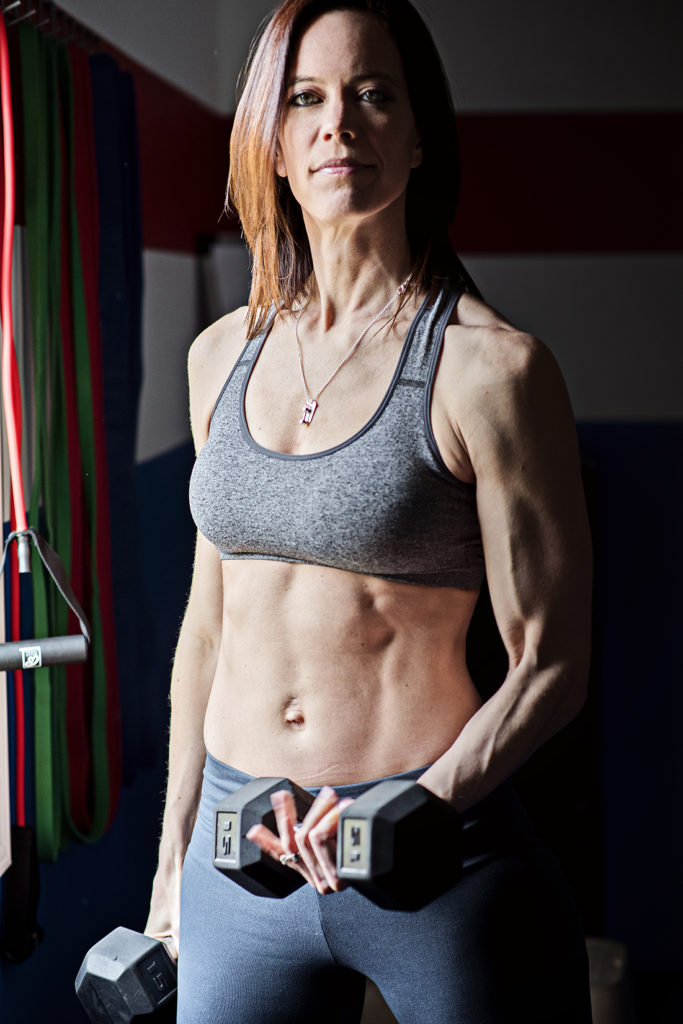 I continued to bounce around for the next decade in the fitness world. After our first daughter was born in 2008, I even worked 3 fitness jobs at once to make ends meet. The experiences were all wonderful and I would never take them back for anything, but it was hard to maintain especially as a new mom. However, my favorite and most memorable experience was working as the Exercise Specialist for a program called Senior Fitness at a local nursing home. This was a bit out of my comfort zone, as it was a new and much more physically and mentally limited demographic that I was not used to working with.

Looking back, I am so grateful I went outside of that comfort zone as this was a complete eye opener for not only my career, but also for fitness as it relates to lifestyle and living a quality life. You see, it was also during these 10 years after college that I got heavily involved in the bodybuilding/figure competition world. I was extremely passionate about competing myself and taking it to the top. For once in my life, I had a clear vision of something I wanted very badly.

I wanted to earn my Pro status and then compete as a Pro. And I did! Twice! I won my Figure Pro card in 2010, and then my Fit Body Pro card in 2012, where I earned 7th at the World Championships in Atlantic City. I did it. I reached the only true goal I had ever set for myself. However, after our second daughter was born, something changed. My drive for bodybuilding wasn’t as strong. My reasons for competing were less and less. I really can look back and say that my ‘Why’ completely shifted. I am not ashamed to admit that when I was in my early competition days, my why was completely vain. I wanted to look a certain way so that I could win money and get sponsorships and even land on the cover of a fitness magazine or two. I claimed that I wanted to inspire others at the time, but in my heart I knew I could do more than I was doing. Just because I was inspired by all the fitness models in magazines did not mean everyone else was. Something clicked and I had to take action. 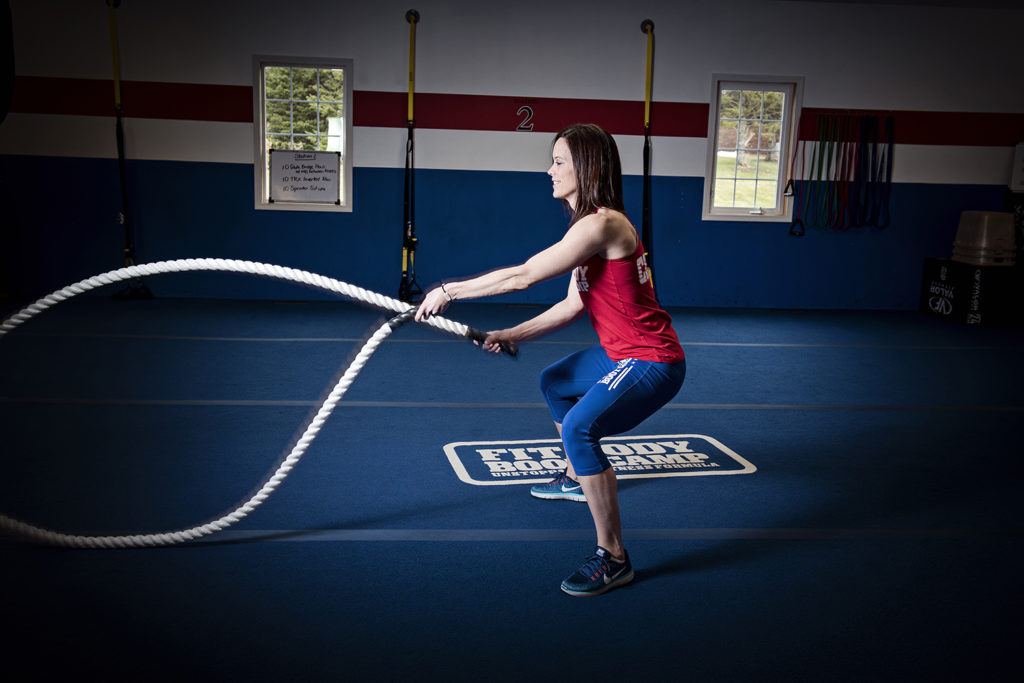 In 2014 my husband, Adam and I partnered with a company called Market America. I had a couple of multi-level marketing experiences before taking a look at this. We quickly saw this was different in many ways and could be something we could work on together as a team. The division in this company that sparked my interest was the TLS Weight Loss System to implement not only in our household for healthier eating habits, but also for any clients I was working with. It was through several local trainings in this company that I started to take on an entrepreneurial mindset. I had always thought that a career meant having a steady, secure job, but this opened my eyes to other possibilities. We then made a goal together that this Plan B would get us out of our jobs so we could pursue our dreams. I still wasn’t sure what that dream looked like, but it soon would appear for me.

In July 2015, I decided to step on stage as a figure competitor one more time. I was ecstatic to have achieved the results I did after having 2 kids and worrying I wouldn’t bounce back. I came home from Michigan that July with a first place and second place finish. Even with the great finish I had there, this competition confirmed that I was not being fulfilled by competing anymore. I got home feeling like I had more to give. It was time to really take action and make a real difference.

It was immediately after this competition in the summer of 2015 that I started to research another company called Fit Body Boot Camp. My friends in the Syracuse area had opened 2 locations at the time and I was intrigued to say the least. The universe was speaking to me! This was the second time in my life I had a clear goal. I had to open one of these facilities! The group personal training business model was right up my alley. I knew this was the answer to helping a lot of people. We secured our franchise territory in November 2015 for the Rochester area! It was happening. I was on a mission.

Our doors opened almost one year after that last figure competition on July 5, 2016. That year was beyond scary and stressful. The amount of questions, fear and self-doubt were huge, but I was intent on moving forward with this new venture because I had finally found a purpose and a way to help so many people. I am proud to say we will be celebrating our 2 year anniversary of Webster Fit Body Boot Camp in July 2018! The road to where I am today has not been an easy one, but I can now look back at these 2 years in business and say we have helped hundreds of lives in some way or another, and that is exactly WHY I started on this journey. I recently created a new vision statement for our FBBC business to state that we will provide passion and purpose to our clients on and off our workout floor. Meaning, we will make an impact on not only the physical aspect but also the mental and mindset aspect with a major focus on nutrition, education and accountability. I have my work cut out for me, but knowing where I’m headed is half the battle! With all hands on deck and a clear vision, we are unstoppable.

Looking back on my journey, I know that every experience, whether good or bad has led me right where I am supposed to be. I’ve never been more excited for mine and my family’s future and for our FBBC Fit Family too. If I could provide advice to anyone who feels lost like I once did, it would be to figure out your passion and WHY it is your passion. Let that drive you forward. Keep working on you and you soon will find your path.