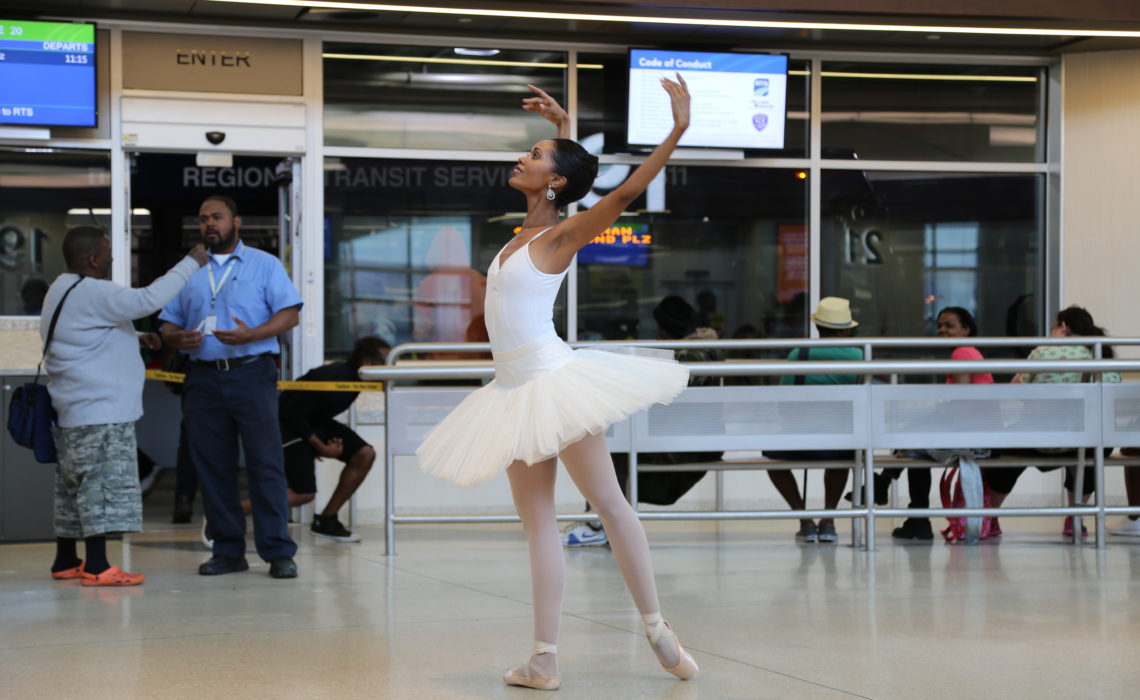 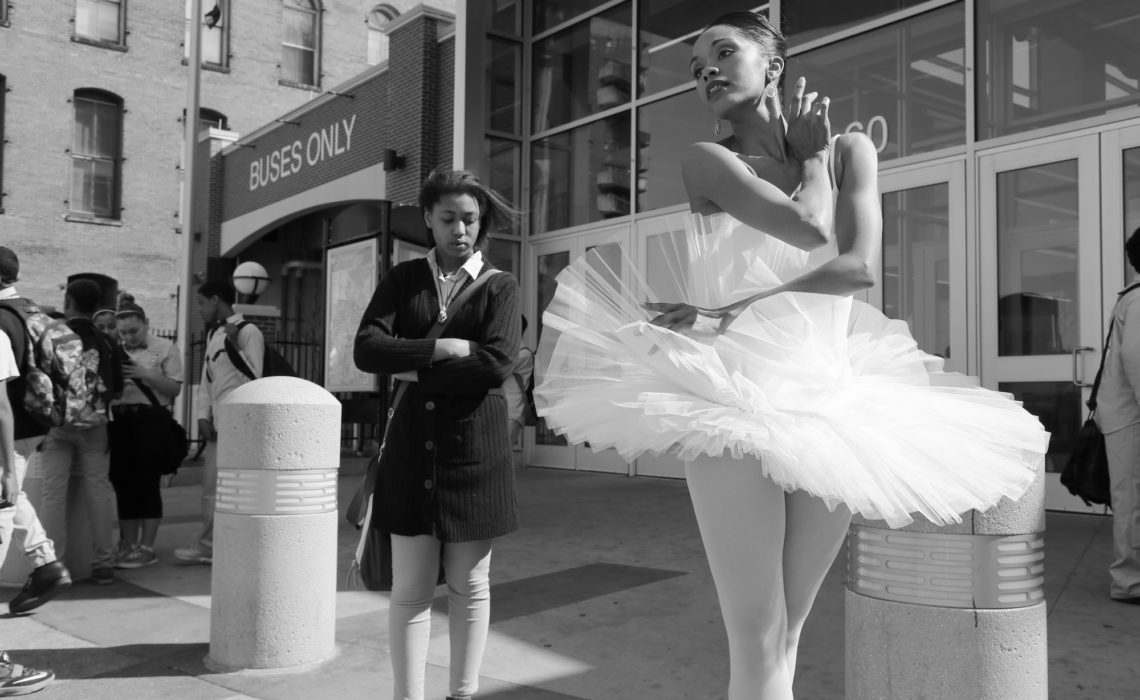 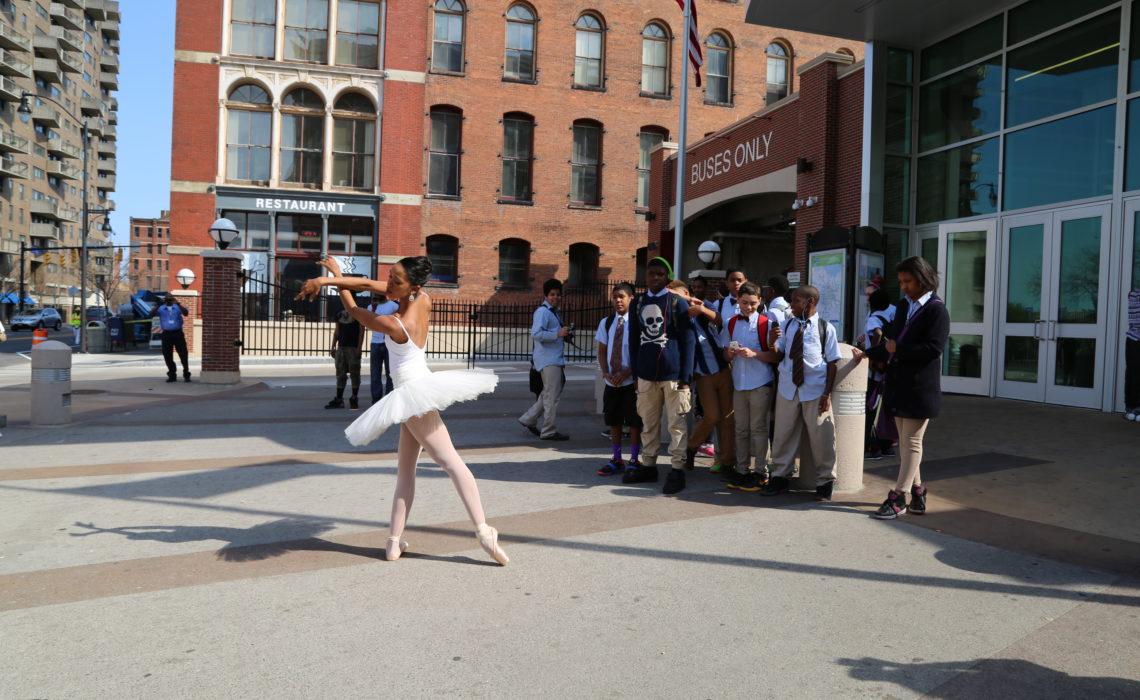 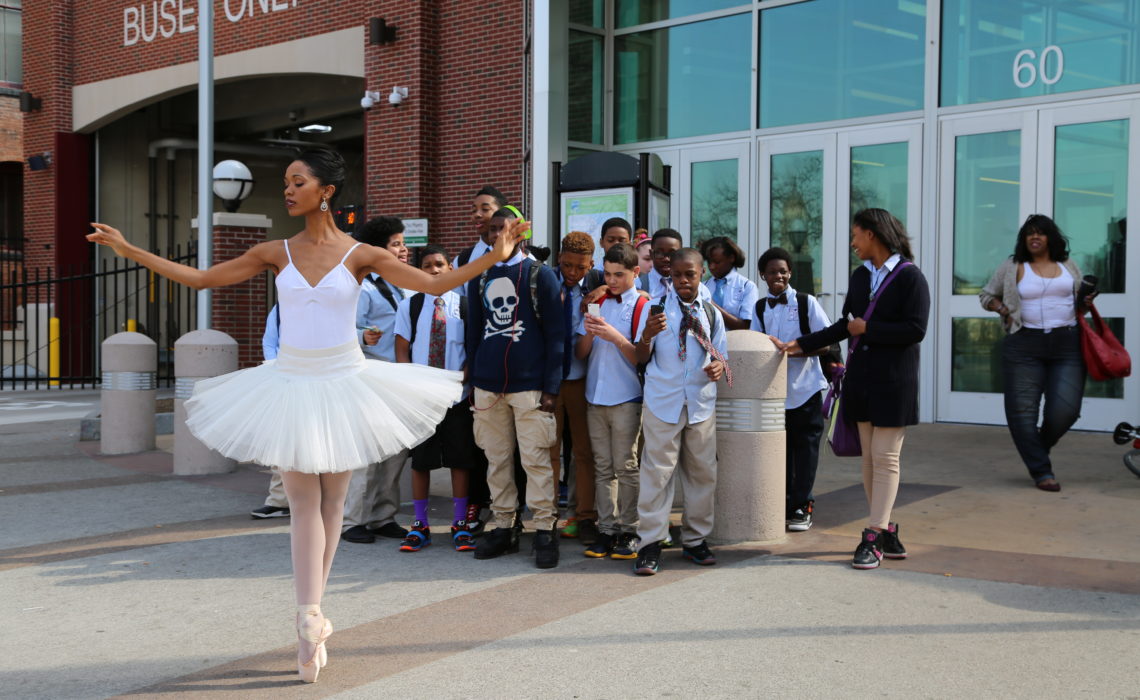 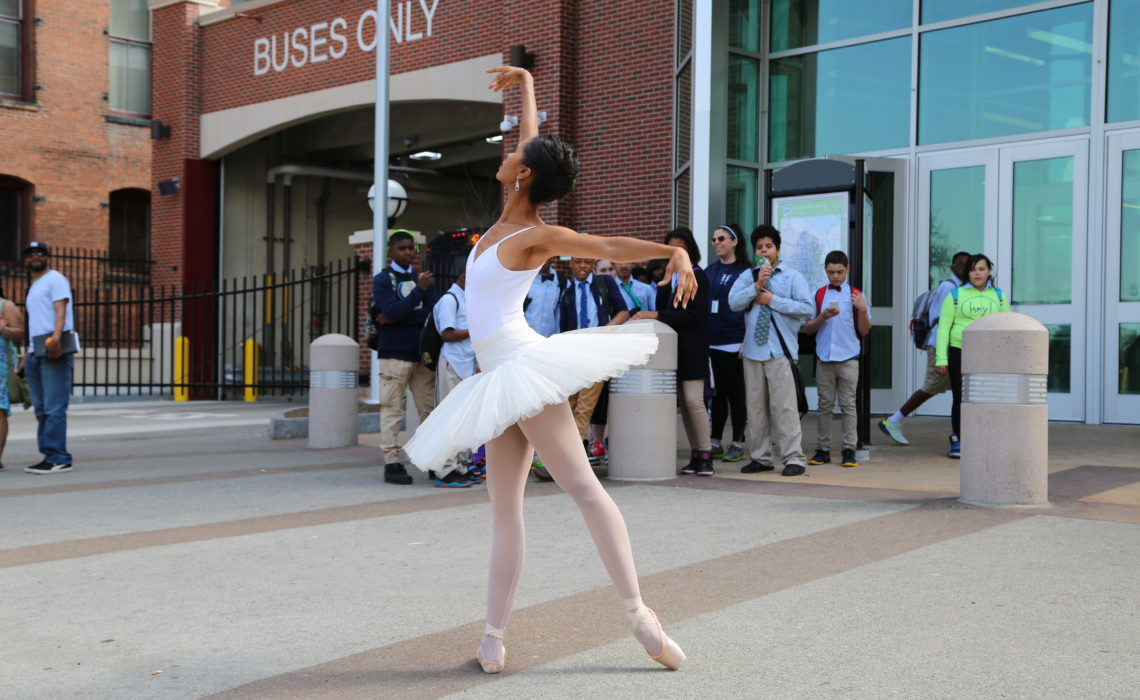 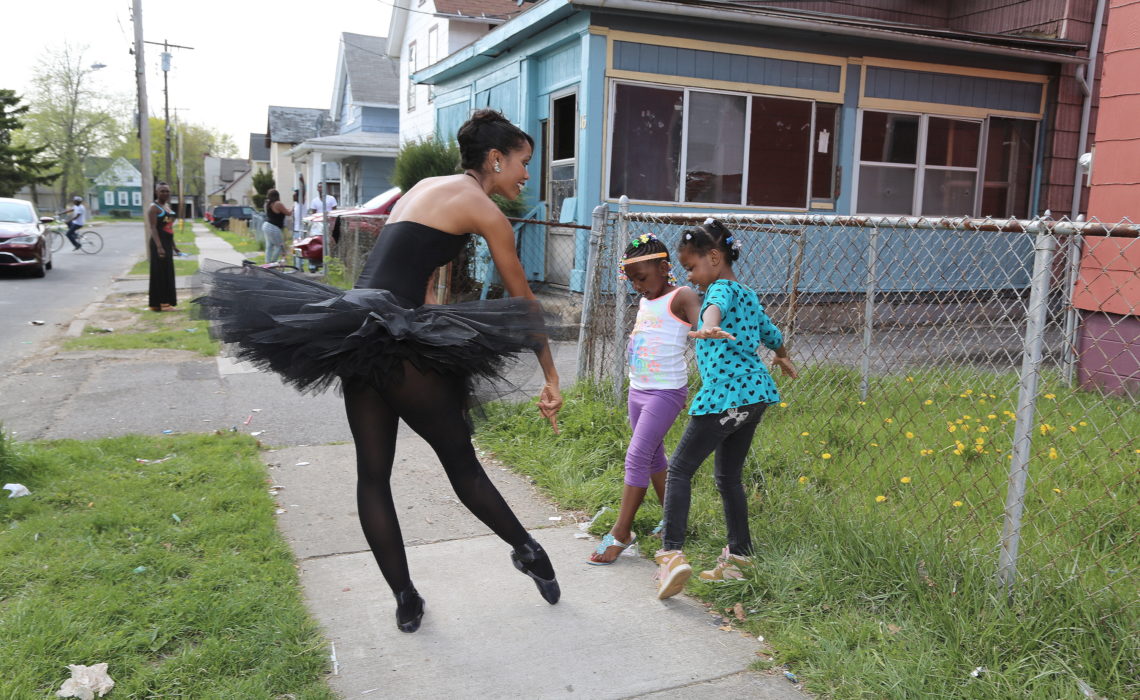 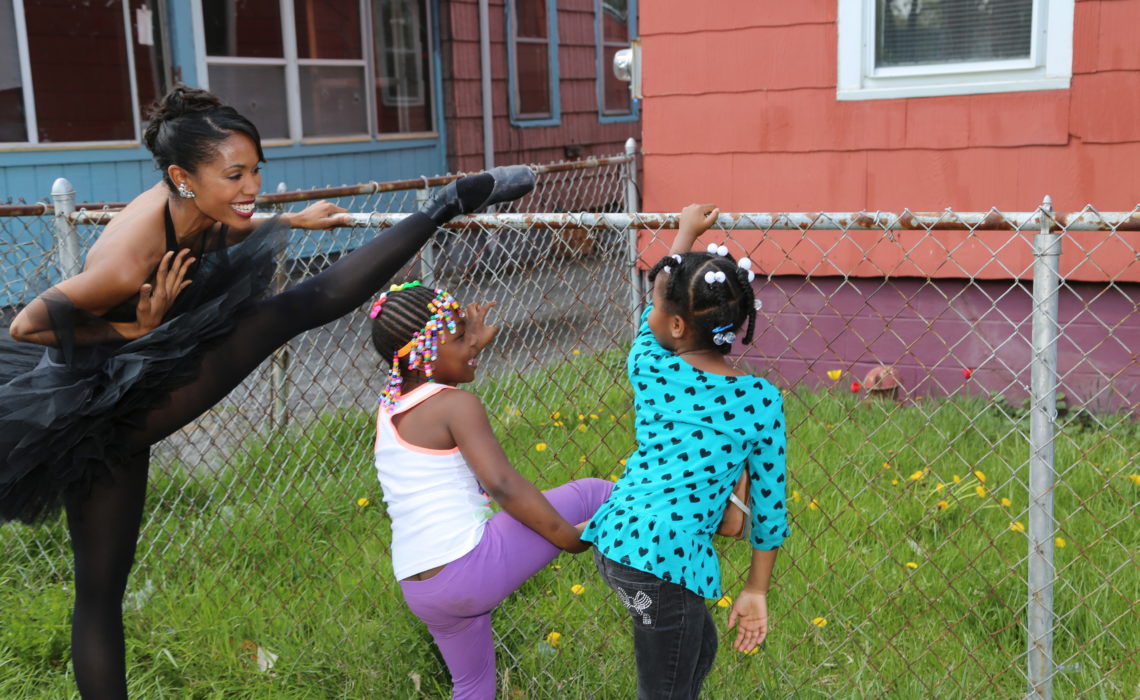 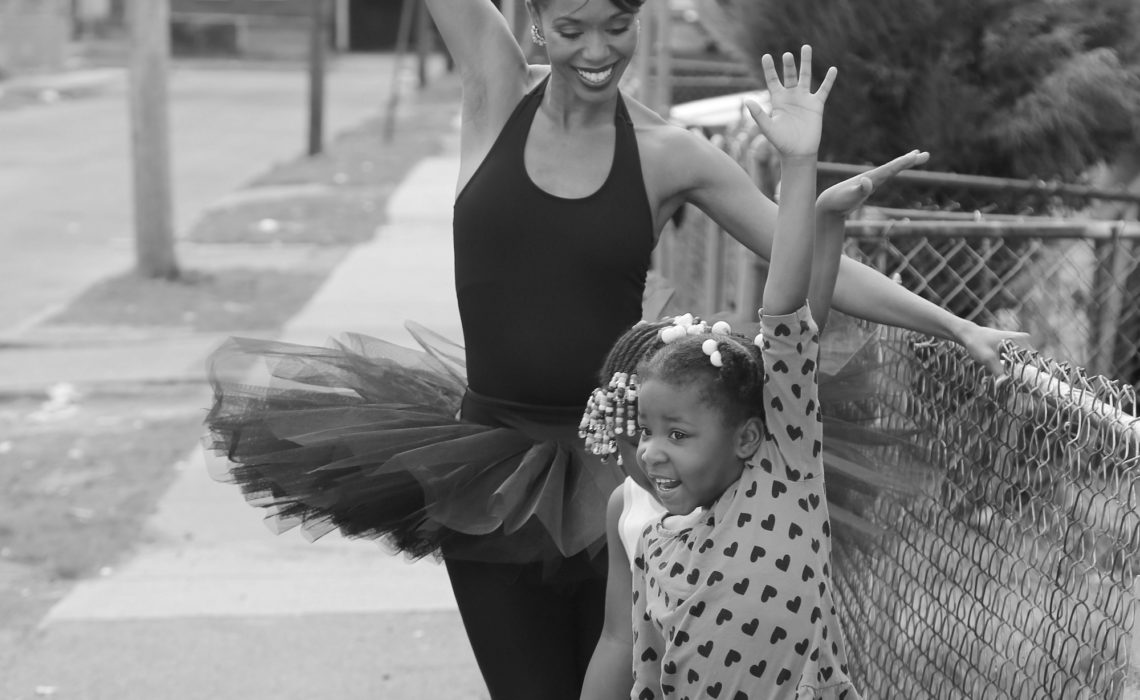 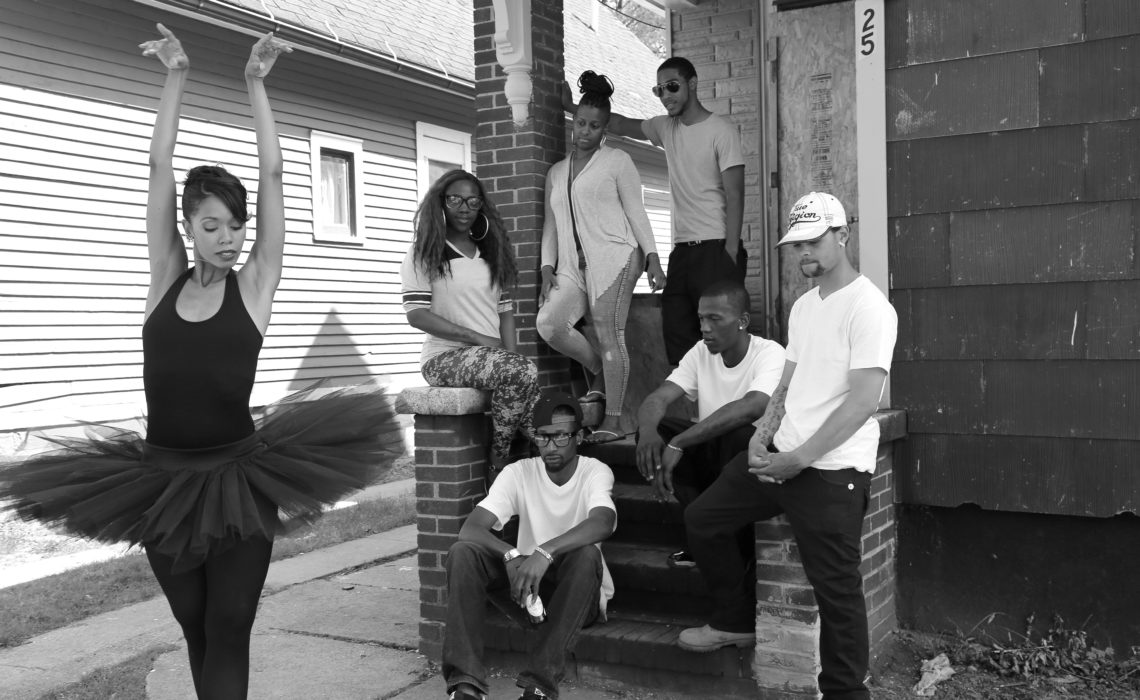 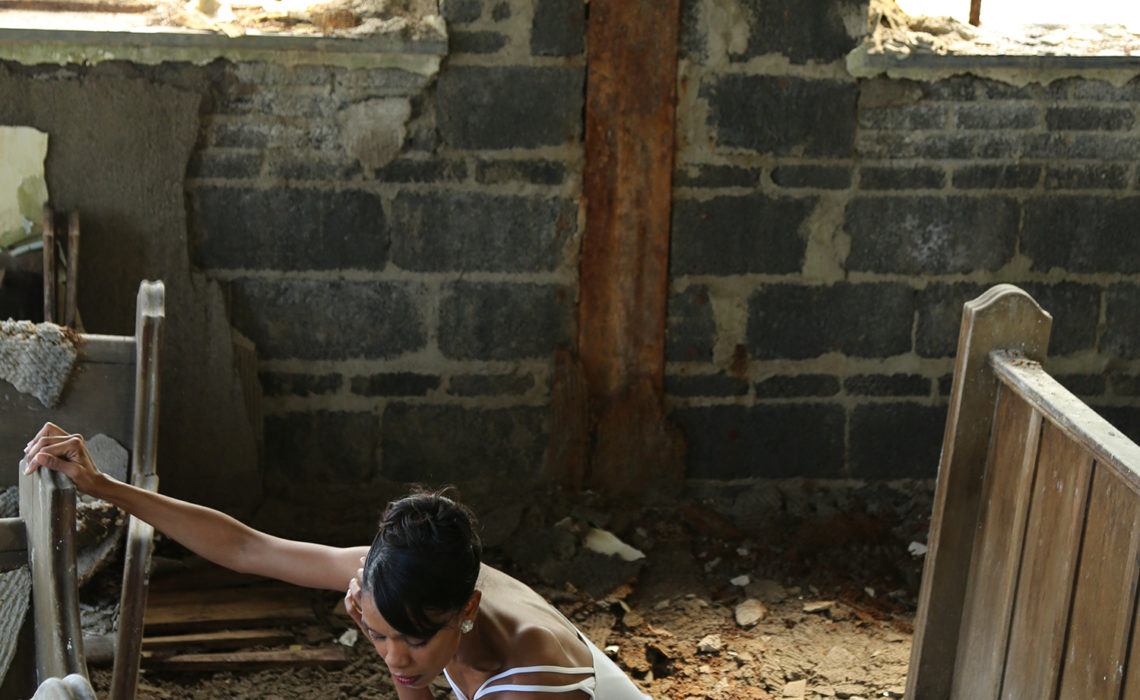 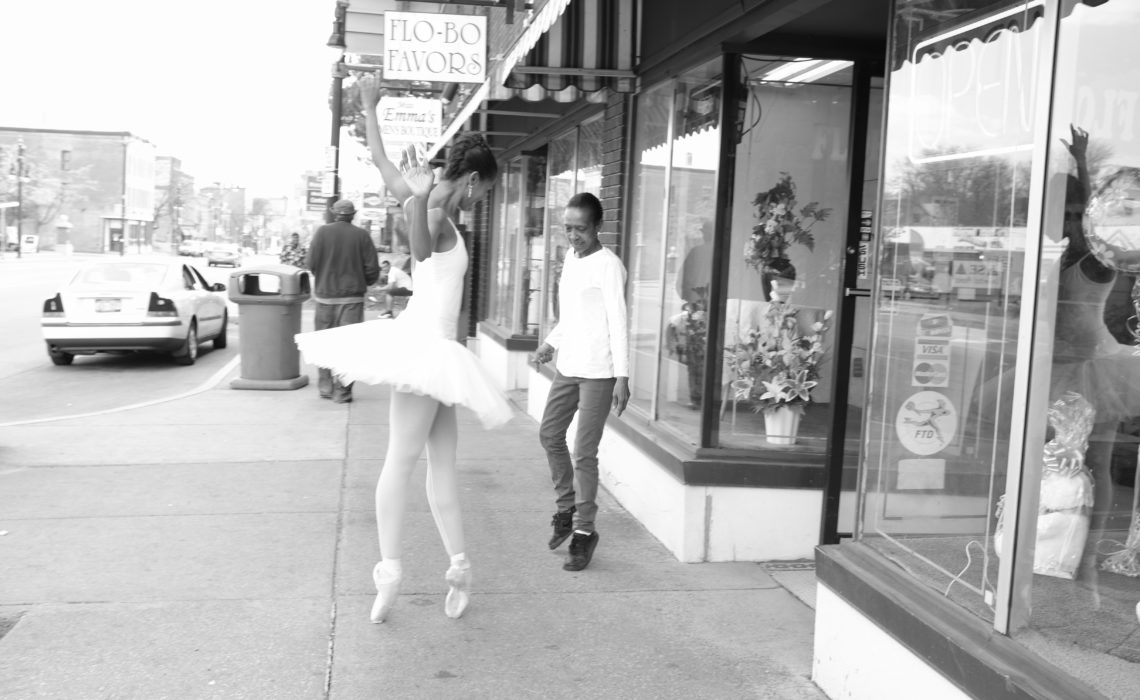 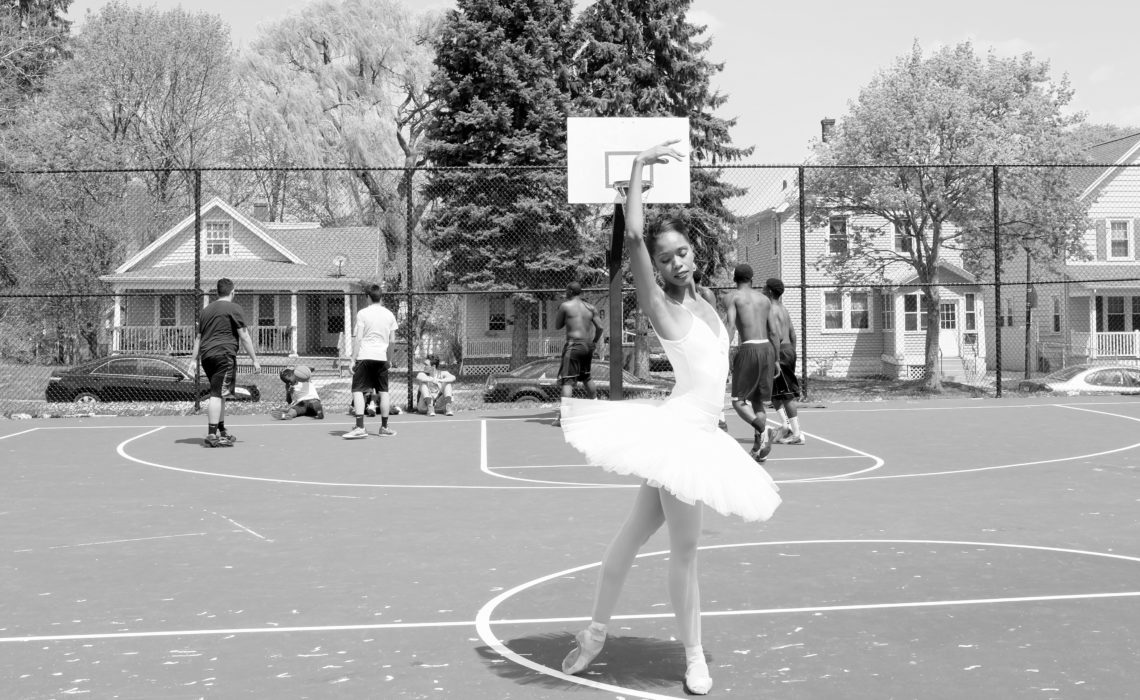 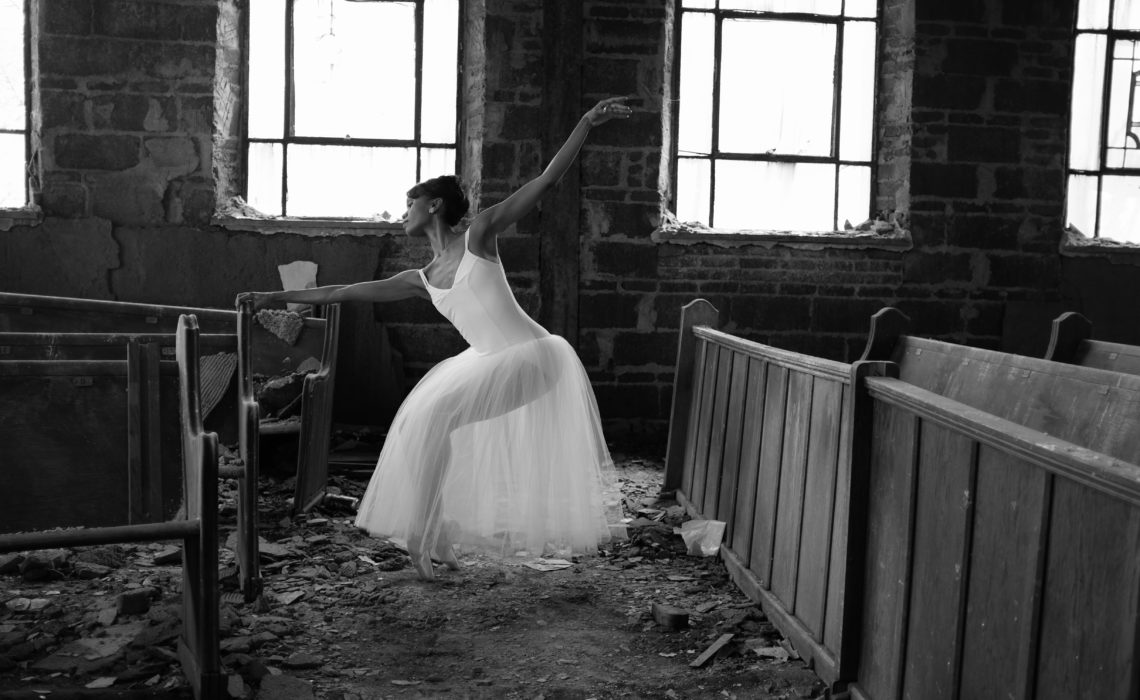 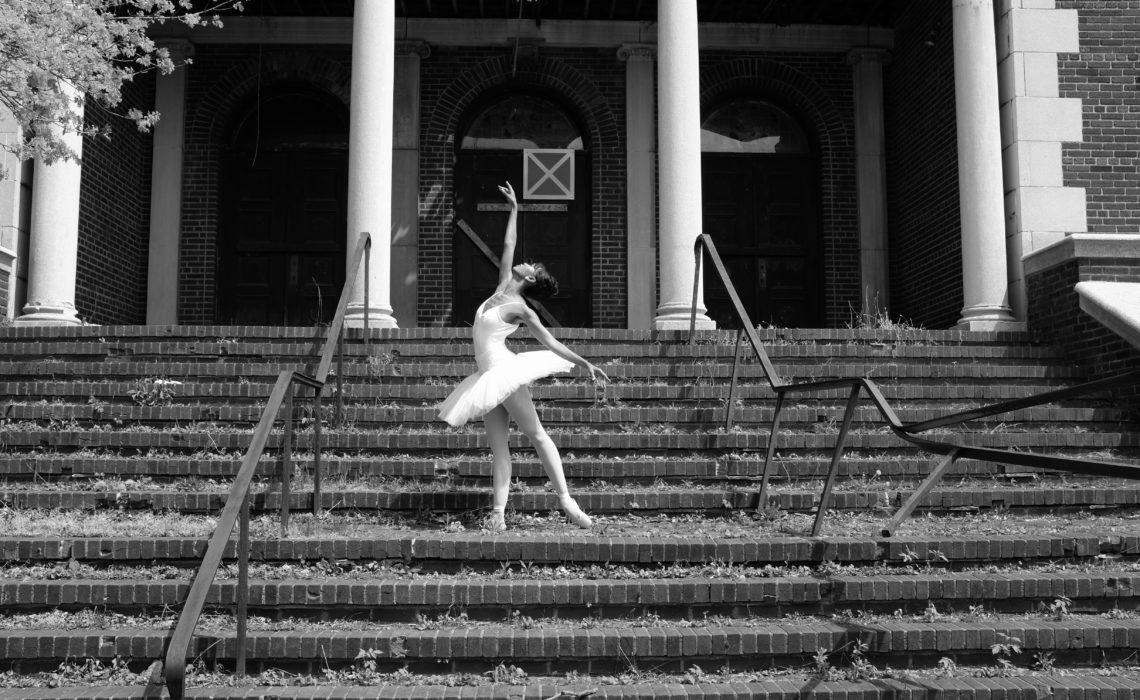 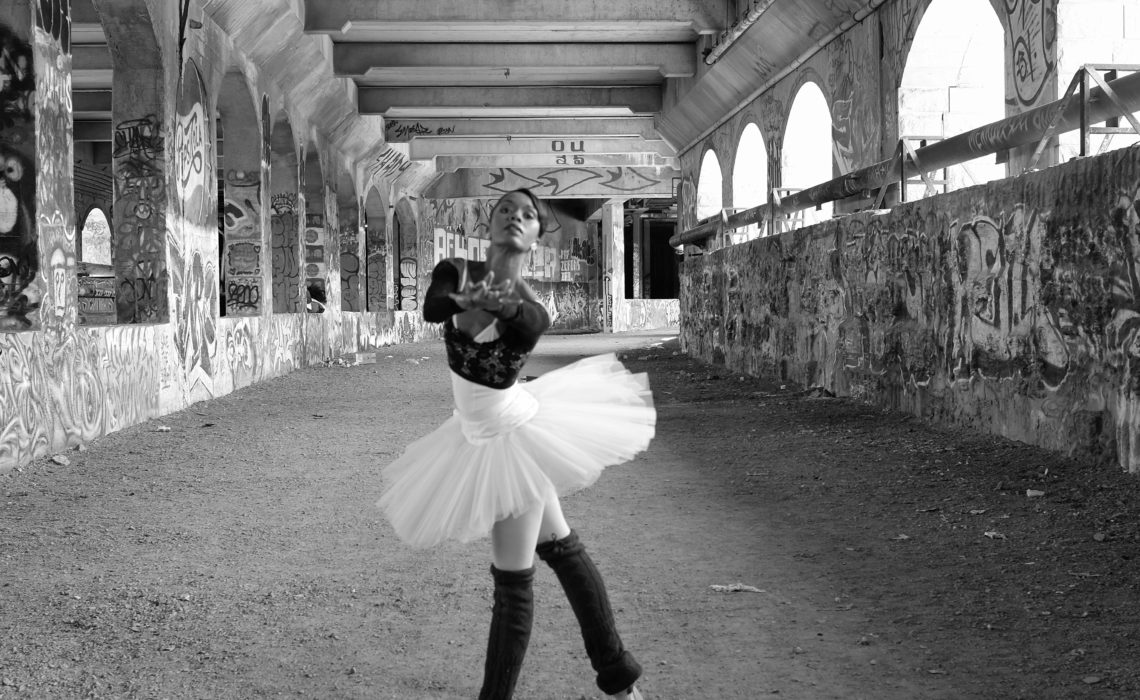 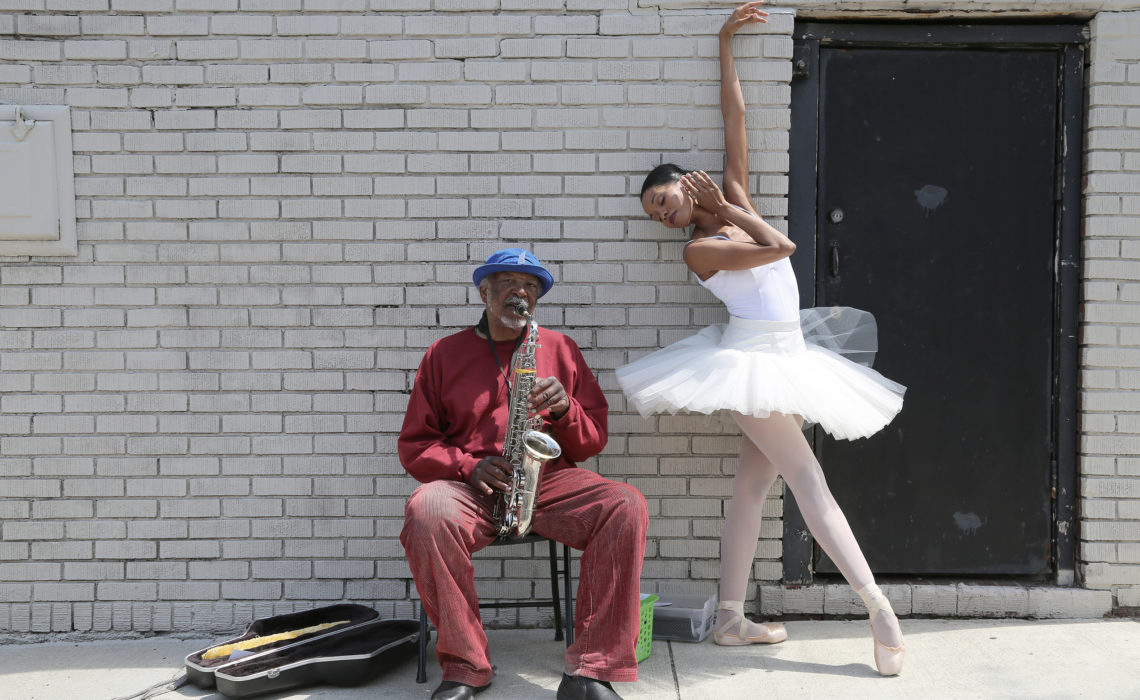 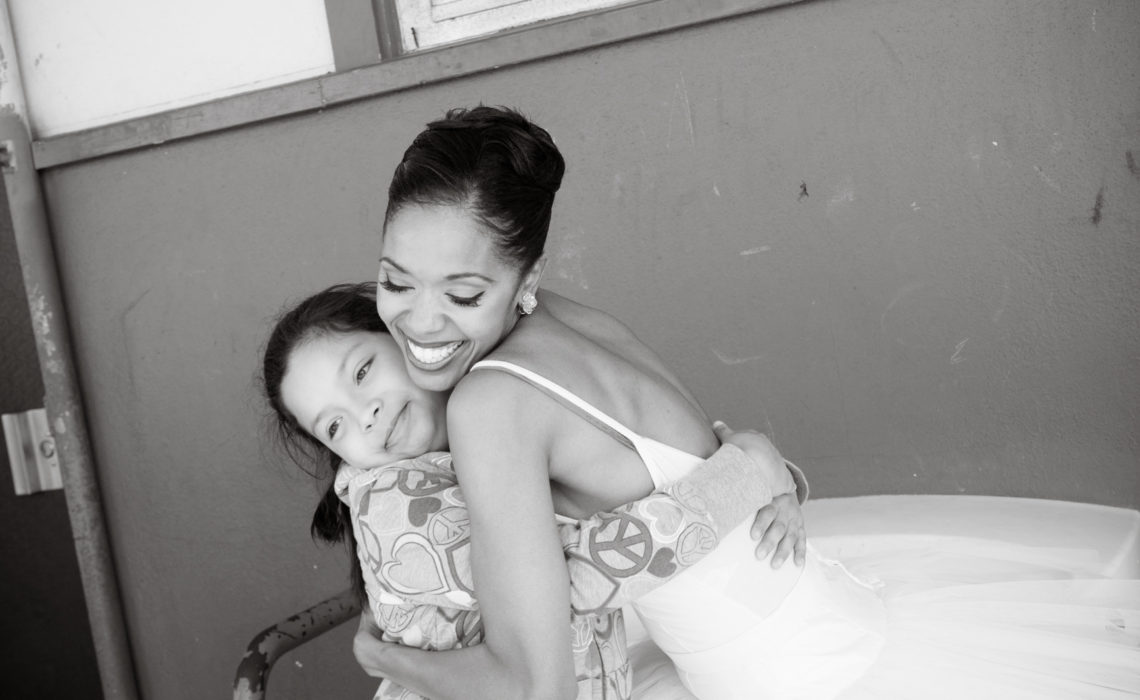 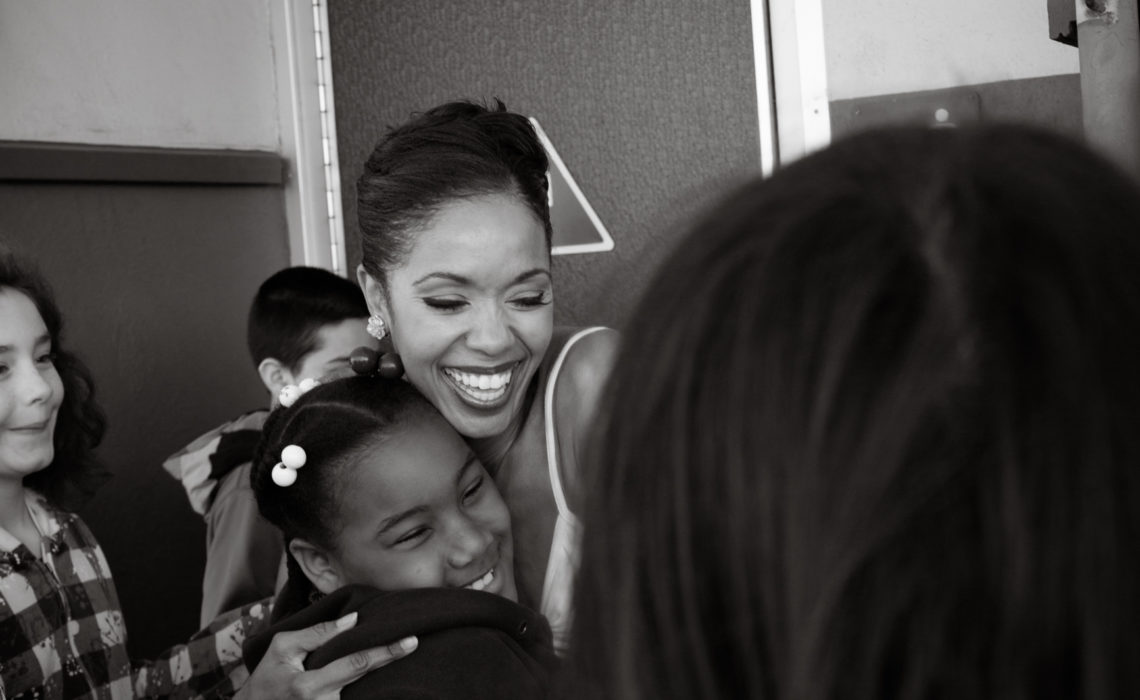 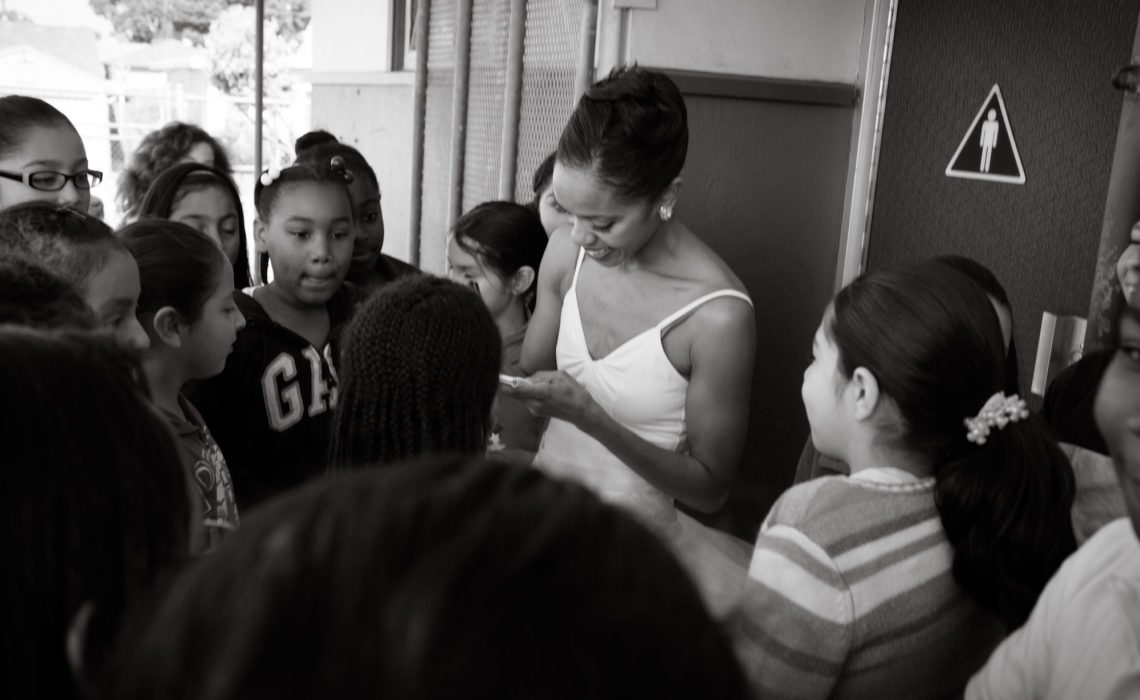 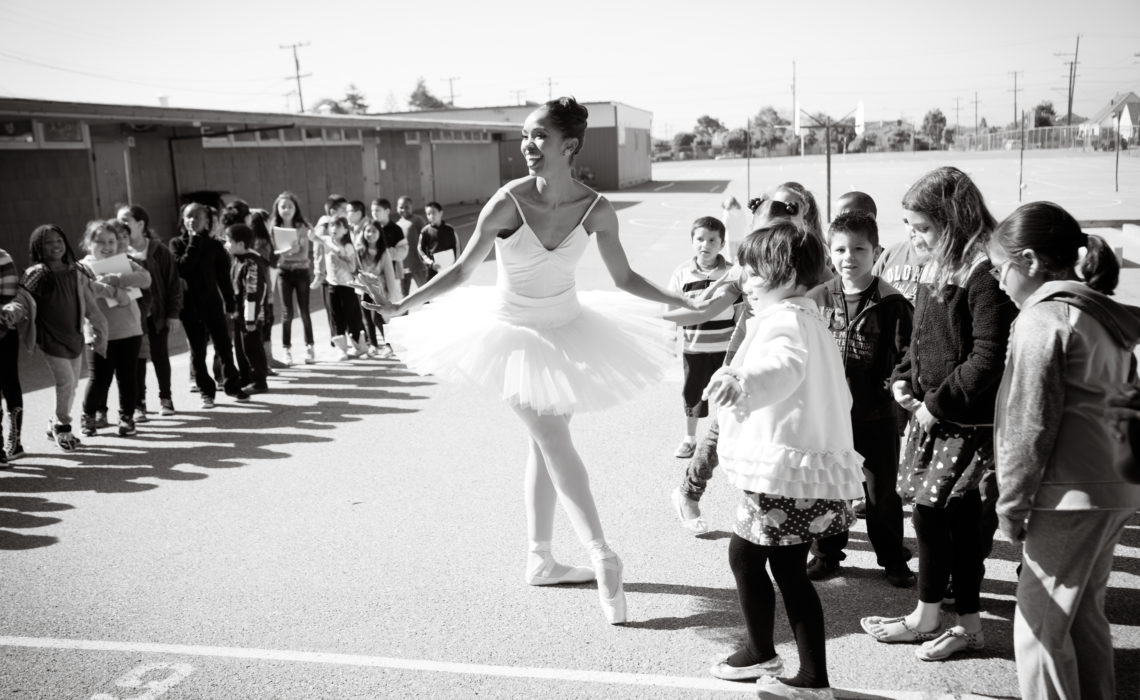 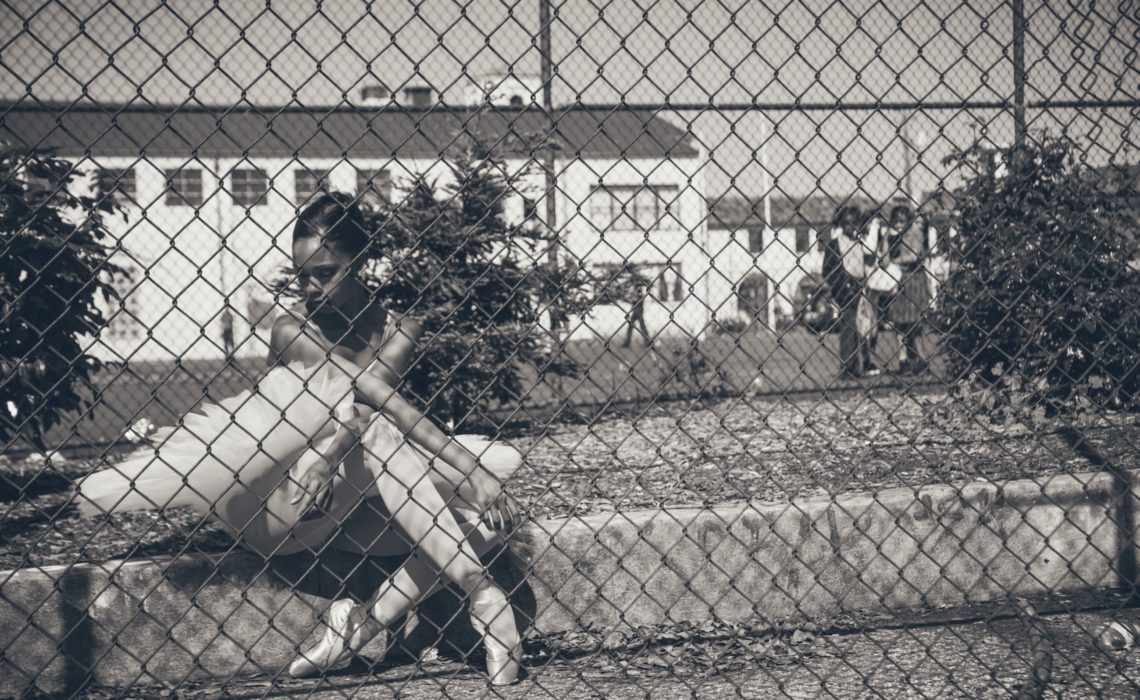 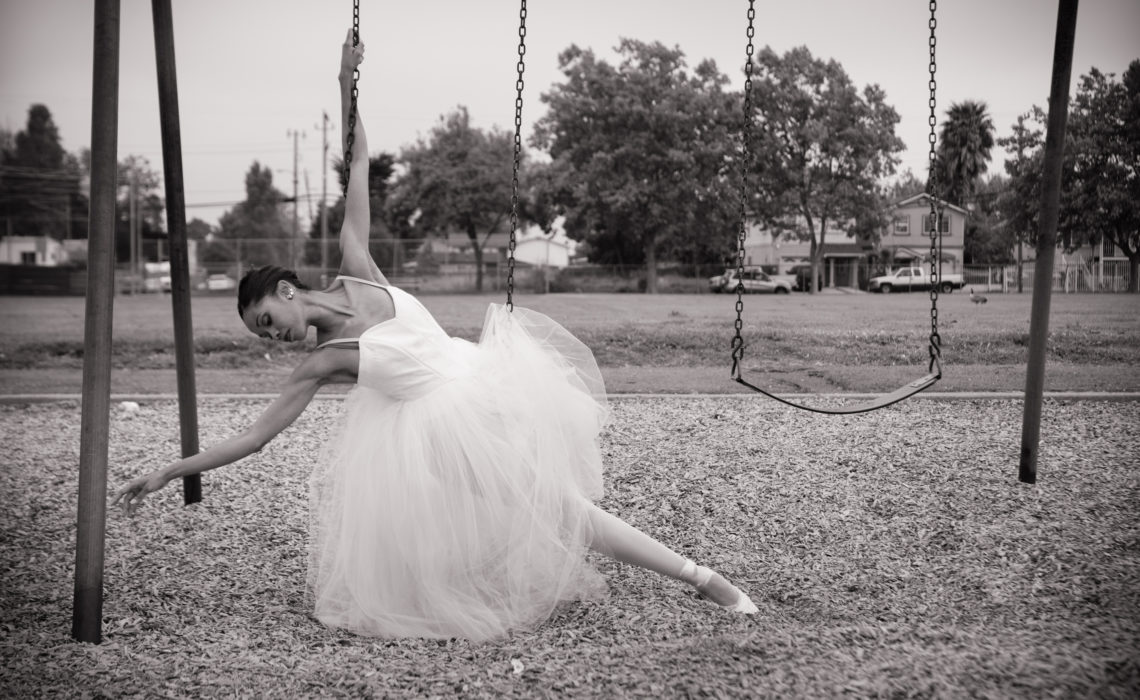 PHOTOS BY THALER PHOTOGRAPHY/RENEE SCOTT
Aesha Ash started dancing at age five. Her love of dance was immediate. “I knew right away that dance was my passion,” she said.

Aesha was born on December 30, 1977 in Rochester. Growing up in the city, she was part of an urban-suburban program that sent children from inner-city neighborhoods to schools in the suburbs, where she encountered assumptions about what it meant to be a person of color. Aesha remembers that classmates asked her whether drug dealers lived on every corner of her neighborhood. “You try to laugh them away, but you know that these comments are to make fun of and belittle you,” she says.

She loved jazz and modern dance, and won several competitions, but she transitioned into ballet at 10. That’s considered a late start for aspiring ballerinas, who often begin training by age 3.

As a young black girl who began dreaming of being a professional ballerina, there were almost no role models for her to follow.

The first African-American ballerina wasn’t even allowed to join a ballet company until the 1950’s. Her name was Raven Wilkinson and she danced under the condition that she posed as a white woman by painting her face.

It wasn’t until the 1980’s when the first African-American ballerina received a principal dancer contract with a major American ballet company, the highest rank within a professional dance company. Debra Austin broke that glass ceiling when she danced the principal roles in Swan Lake, Giselle, and Coppélia, with the Pennsylvania Ballet. Dancing these roles with a white partner was also a first in the professional ballet world.

Undaunted by the odds, Aesha was accepted into the legendary School of American Ballet in New York City at age 13. While training, students often dance more than 6 or 7 hours a day, 6 days a week. Professional ballerinas say that dancers can only deal with the pressures of reaching the top because they truly love dancing. It has to be – it’s too demanding mentally and physically otherwise.

She spent long, exhausting days practicing and admits she was sometimes lonely. She pushed herself, motivated by the sacrifice her family gave up for her to pursue her dreams.

She would often look at an image that hung in the School of American Ballet dormitories, of African-American ballerina Andrea Long-Naidu. On days where she felt her lowest and the most discouraged, that image inspired her to persevere. 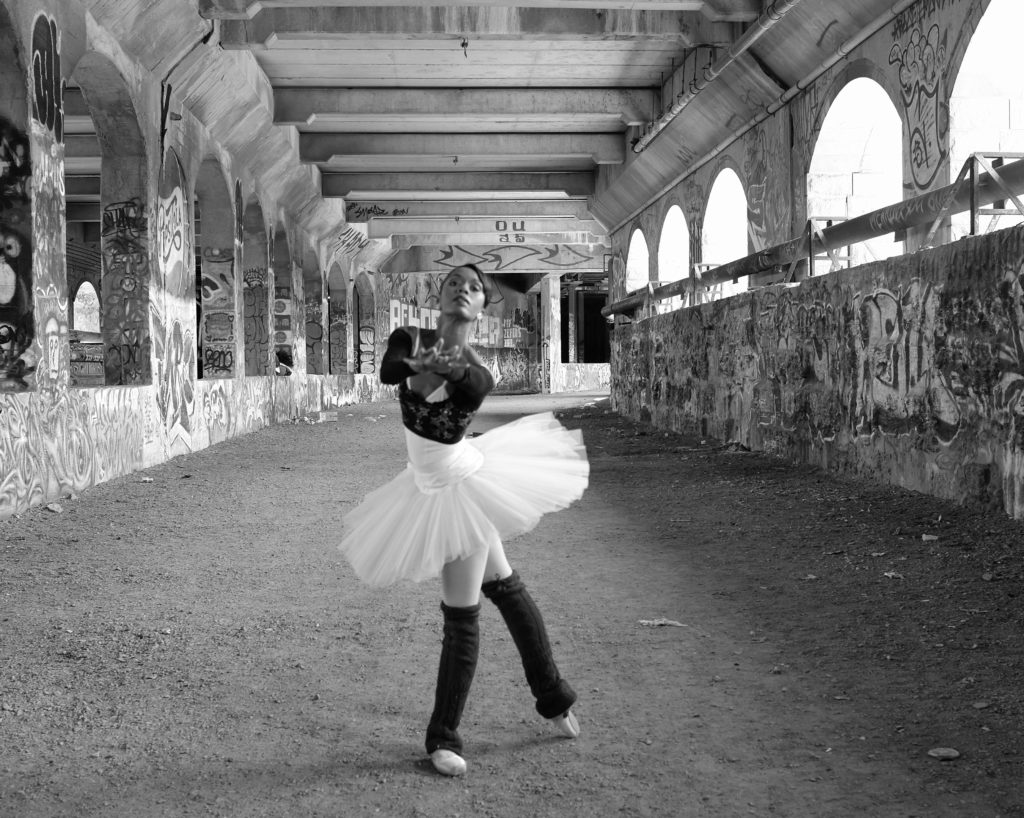 While at the school, Aesha won the Mae L. Wien Award for Outstanding Promise.
Her love of dance never waivered. At age 18, she herself broke boundaries when she joined the New York City Ballet, where she remained for eight years. During her time there, she was mostly the only black woman in the company, where she performed numerous soloist and principal roles. She then joined the famous Bejart Ballet, in Lausanne Switzerland, as a soloist. After enjoying success in Europe, she returned to the United States in 2005 where joined Alonzo King’s Lines Ballet.

“My road to becoming a professional ballerina was one big obstacle. I did not have a natural facility for ballet and I was a woman of color. The fact that I made it to the New York City Ballet was something I thought would never happen. With a tremendous amount of work, sacrifice and education I was able to achieve this dream,” she said.

Today she is considered a true ground-breaking star in the industry, and has been featured in Dance Magazine, Pointe Magazine, Bazaar, Marie Claire and the New York Times. In 2016, she received the Woman Making History Award at the National Women’s History Museum that honored women who are making modern history and breaking down barriers in their respective fields.

Aesha says she is often asked about discrimination in her field and feels like people expect a big story from her.  “What I think is important to understand is that it’s the micro-aggressions that tear away at your being,” she said. “It is the known but unspoken that eats away at you. It’s the images that we don’t see which are powerful and speak volumes. With that said, sadly I have received quite a few unpleasant comments because of my race during my career.”

Aisha met her husband through mutual friends. They married twice, once in front of her family in Rochester and again in Italy for her husband’s family to celebrate too. Now retired from professional dance and living in California, she has made it her life to draw commercial attention to the African-American ballet world. 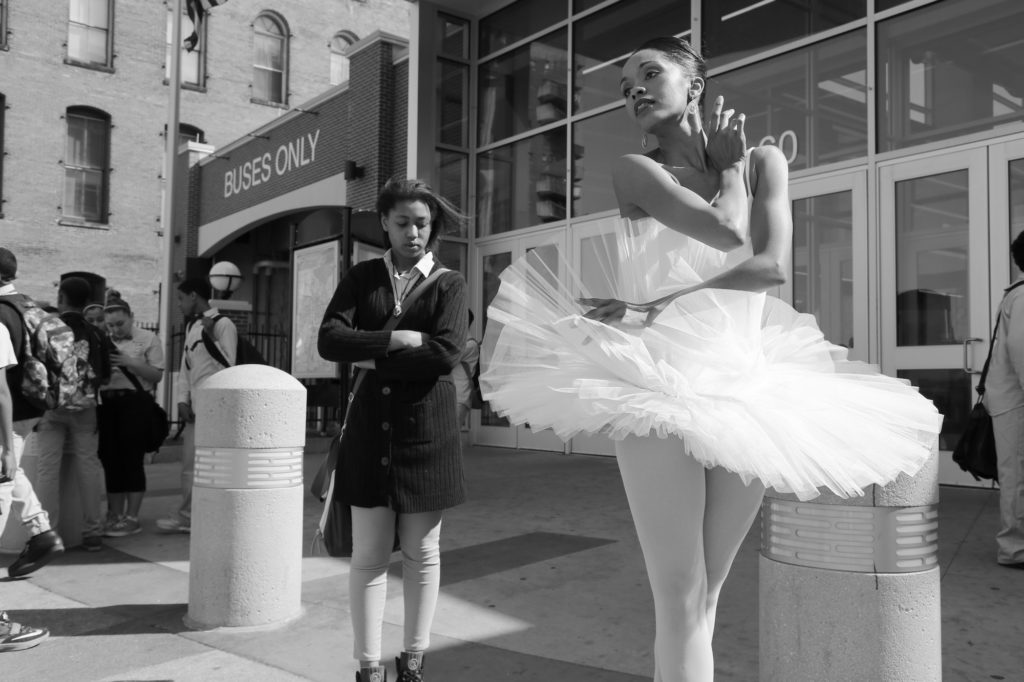 In 2011, she started the Swan Dreams Project, to encourage African-American children to develop a love for her art. The image-based project has three goals. She wishes to see ballet become more diverse. She hopes to inspire youth from rough areas to pursue their dreams. And she wants to show the world that tough environments can’t hold back talented people, especially those with ambition.

Since her childhood, Aesha always wanted to challenge stereotypes and dispel myths that exist for women of color, as well as those from underserved communities. She understands that young dancers of color still continue to face formidable challenges breaking into the overwhelmingly white world of ballet because of race stereotypes and socio-economic status.

“I want our youth to know that they are not limited by stereotypes nor by their environment, but only by their dreams.” “Although, I had retired from dance where I used my art as my voice, I had never given up this desire to promote change. One day, while sitting on the sofa and watching

my daughter play, I saw an image flash on the tv screen that fed into the singular stereotype that exists for women of color.

“In that moment I was reminded that I was always inspired by that photograph of the only African-American ballerina in the company. I saw how one simple image could have such an impact on me, that I wanted to create images to be that voice and strength for others. I wanted to show the world that women of color are more than a stereotype. I wanted to put to rest the one singular story that exists for us. The well-known Nigerian writer Chimamanda Ngozi Adichie said, on speaking about the dangers of the singular story, ‘show a people as one thing, as only one thing over and over again, and that is what they become.’”

With that in mind, Aesha put on her ballet outfit and hit the streets to prove that Rochester is more than violence and gangs. That’s where the beautiful images she created for the Swan Dreams Project came alive. 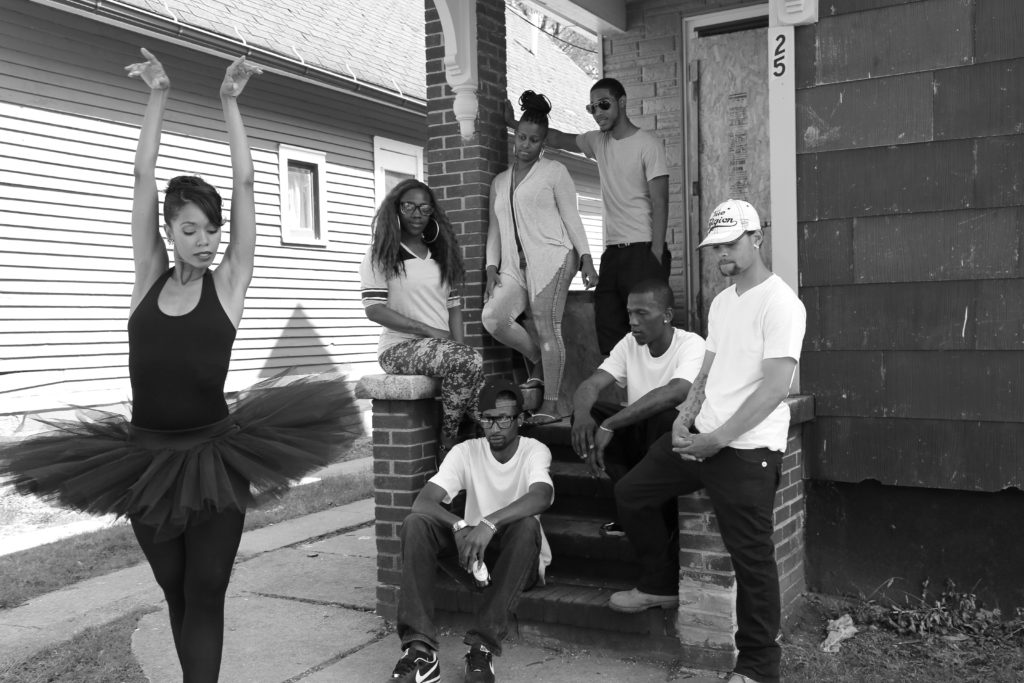 “My community saw that out of our environment came a ballerina, not just negativity — a little black girl from inner city Rochester actually went on to become a professional ballet dancer in a top-tiered company,” Aesha said. “Youth followed me on the street saying, ‘This is what we need. This lifts us up.’”

She uses donations toward the cost of printing and shipping images to schools and other organizations that reach out to her.

“I have printed and sent hundreds of images, from fine art prints to posters and bookmarks – some of those images were used by organizations to raise funds to continue offering scholarships to students as well as provide free dance attire.

“In addition to imagery, I have donated ballet barres, money to create a pointe shoe fund, offered free ballet classes, purchased tutus and tiaras for the students to perform in and I donate to organization where I see great need and who are doing the wonderful work of providing arts to those from underserved communities. One of these organizations even provided transportation to their studio since many of their students don’t have any other way of making it to their dance classes,” she said.

The more a community is willing to donate, the more Aesha is able to offer back into the community. “100% of donations as well as the proceeds go right back into the project in these various ways and I would love to do even more,” she said.

Aesha and her husband have two children. Her daughter is 8 and her son is 5. Will they become dancers too?

“I had my daughter attend a few ballet classes, but she told me stretching was just too hard… this of course made me laugh. Beyond this she had showed me not much excitement to attend. I want to make sure that I encourage her to be her own girl and not just follow my footsteps. She adores science and art. Although, with all the attention the project is receiving she has now asked for ballet classes, but she was very clear that she wanted me to teach her and had no desire of going to a ballet class. I will be purchasing a small ballet barre to teach her at home- I reserved my happy dance for when she wasn’t looking,” she said.

“Although, my son is very flexible and athletic he has not shown me that he would like to do ballet. He loves music and dancing, but does his own version of breakdancing. He will be starting soccer very soon and he couldn’t be more excited about that. I want both of my kids to find their own passions, whatever that may be. There is nothing better than finding your passion and having the ability to see it through. I am grateful to have found my passion early on and to have had a family that sacrificed as much as they did so that I could pursue my dream.”

Aesha dreams of having her own studio where she can offer ongoing classes for free.
“I would also love to see the Swan Dreams Project become an afterschool program as well as a summer camp. I would love to pass along all that I have learned and have been exposed to as a ballet dancer. “This is not limited to ballet, but would include the classic arts, fitness, nutrition, etiquette and arts education. I wish to pass along all of this to the next generation. Creating more little swans, whether they chose ballet or not. These are all skills and knowledge that can be used in the ballet world and beyond. The exposure to all of this made me into the person I am today.”
Although she doesn’t have a favorite image, “the one that seems to sell the best is the image that went viral, the one with the two young girls. I think this image speaks to hopes, innocence, dreams and a community that cares,” Aesha said of the photograph taken in Rochester.

“The image reminds me of what my mother always taught me, which was to never forget where you came from. “I would like to think that I certainly have not.”

To learn more about Aesha Ash, buy a print or donate go to TheSwanDreamsProject.org. 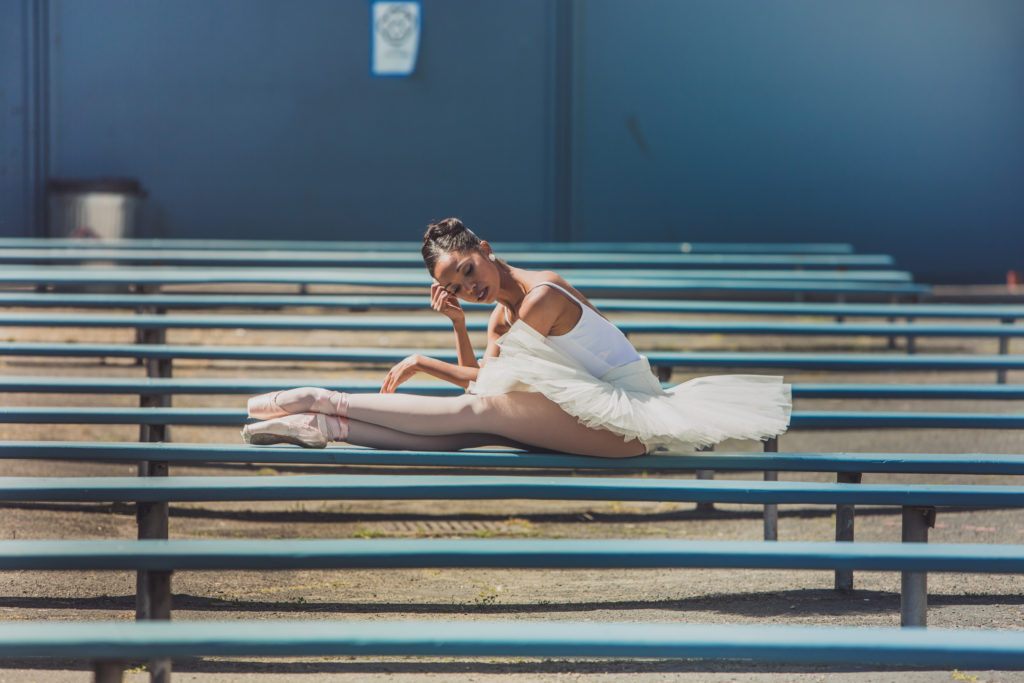