Is Traveling More Than Just Travelling?

Travel can help you step into that person you want to be by doing things that scare you. 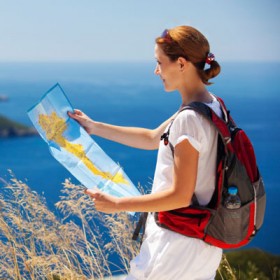 I haven’t met too many people in the western world who haven’t travelled somewhere. For some it’s all over the world (of which I am insanely jealous!) and for others it’s only to one other country, province, state, or even city. But there is definitely an allure towards travelling and getting away.

Mostly when we think about travel that is exactly what we think about – getting away from it all. But what would happen if, on your next trip, you took the time to Think Opposite about travel? What if travelling is about more than just getting away, but also about self-development and personal growth? What if it’s a journey of learning about your limitations and an opportunity to step outside of your comfort zone?

Everyone has different limitations and comfort zones.  For some going to a third world country and backpacking without a plan is very comfortable.  For others venturing into a city feels very risky. If someone says to me that jumping out of a plane is on the edge of risk, my first response is “oh, look what a risk-taker I am”. But the reality is that is not a risk for me; it is well within my comfort zone. If I had to sing karaoke when I was travelling, now that would be outside my comfort zone!

So, my question to you is “Are you travelling inside or outside of your comfort zone?”

You see, your comfort zone is yours and yours alone; it is going to be different than anyone else’s, and that is a good thing.

I remember talking to a couple that was just about to go skydiving, and they were terrified. I told them about my first time skydiving, and that what was really cool was that the ground didn’t change from the time I stepped out of the plane to the time the chute was deployed. At 10,000 feet (when you jump) and 5,000 feet (when you pull) the ground looks exactly the same. Once I left the plane (which was the scariest part), I didn’t know I was falling; it was just really loud from the wind rushing by. I didn’t feel the ground rushing to meet me (unlike bungee jumping), and then when the chute releases there is no jarring pull (it only looks that way in the movies because the camera is still falling). There is a gentle tug, then a quietness like I had never felt before, and it was just a beautiful float to the ground. After hearing this, the couple who were about to jump, visibly relaxed and were more in the moment of the experience than in the fear of what could be. Most things are like that. We fear what we don’t understand or know. Knowledge really is power.

When you travel do you stay in an all-inclusive? Do you venture outside of the high walls of your hotel to see the people who live there? Learn about the culture? See the place you are visiting? I often wonder if a person takes a cruise and never gets off the ship, do they still get to say they went to all the countries the ship docked at? Don’t get me wrong, sometimes all a person needs is a week on a ship being pampered and never having to cook a meal, but that is not what I am talking about here. And, only do something you actually want to do.  I don’t want to skydive solo; it’s not on my list of something to do.  But I would one day want to sing karaoke.

I remember being in the Bangkok airport, it was late, I had my luggage and I had two viable choices: 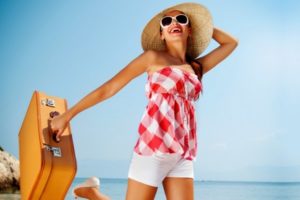 I was tired, and truthfully, I am not adept at trains in foreign countries.  I will take them, but it takes me a little while to understand.  I was tired after travelling all day, so I opted for the cab.

I got to where the cabs were lined up and no one spoke English. I hear it’s an oddity, but it was my reality at the time. Through sign language and cell phones, we figured out where I was going and negotiated a fare. It really was a learning situation for me. It’s not easy to communicate without a shared language, and there was no certainty that we accurately communicated and I was going to end up where I wanted (I have many stories of where I ended up elsewhere and had interesting adventures!). All was well in the end and it was a great experience. I would never have had that opportunity to grow staying at home or by not leaving a cruise ship.

There is a difference between taking chances and being foolish. Don’t get me wrong I have found myself in some rather foolish situations, but the point is not to put yourself in danger, it’s to step into that person you are wanting to be by doing those things that scare you a little bit but that your soul is calling for you to do, learn or see.

What if you actually took the time to talk with the people in whose country you are visiting? Learn their customs. Cook their food?

Who would you become having had those experiences?

Who are you if you don’t?