A STAR IS BORN: Jim Nowakowski 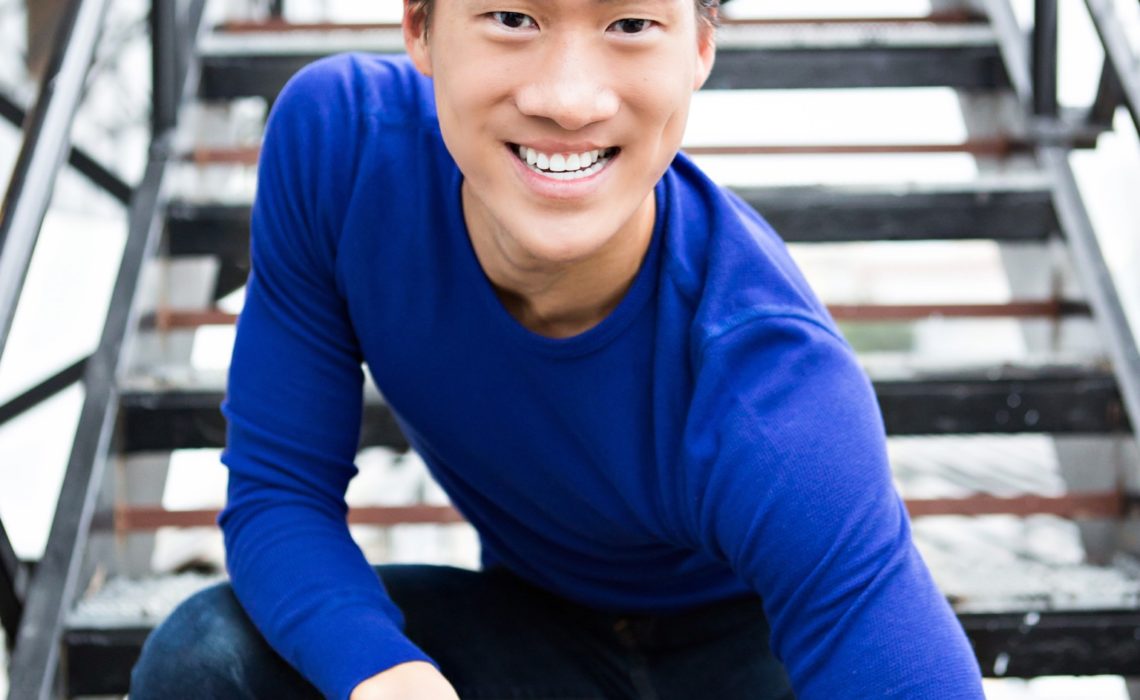 March 28, 1989 a star was born in South Korea.  9 months after that this star was flown across the ocean and landed in Webster, NY and was adopted by the Nowakowski family.  He made a family of three a family of four.  They didn’t know at that time they would be raising a future dance star, but it became apparent that he wanted to dance when, at 2 years old, he was found trying on his older sisters tap shoes and trying to mimic her. 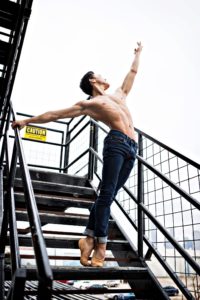 Jim Nowakowski has been a popular name in the Ballet community of Rochester for 15 plus years.  Jim started at Dance 22 when he was 2 ½ years old.  He and his sister Ashley, were offered a scholarship to Draper Center for the summer session when he was 11 years old.  After the first class, Connie his mother, remembers Jim saying that he never wanted to go back.  Connie thought that he meant to Draper, but Jim clarified that he would not be going back to Dance 22.  He fell in love with Draper Studios.  He knew at an early age that he wanted to be a professional dancer.  He also knew that if he wanted to succeed he needed to be in the best studio Rochester had to offer.

This was a hard decision for the family to make because Ashley wanted to stay with Dance 22 and Jim wanted to go to Draper.  Ashley knew Jim’s true passion was to dance so she said that she would dance with Draper as well.  They both flourished under the tutoring of Tim Draper and Draper Studios.  Draper was a whole new world for Jim to explore.  Jim knew that this was the world he belonged to and he worked tirelessly every single day going to school and dancing 40 plus hours every week.  He carried high grades while winning competition after competition. 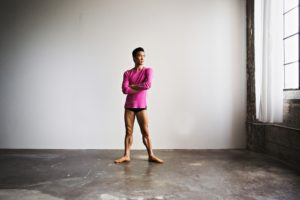 During all of those school years, dancing hours and competitions he also was going through multiple facial reconstruction surgeries.  Jim was born with a cleft lip and palate.  He had to have a piece of his pelvis bone removed and transplanted to his mouth to close his palate at a young age.  He had to have his jaw broken and moved to correct his bite.  He has had his jaw wired shut multiple times throughout his young teenage years.  But he did not stop pushing forward and chasing after his dreams.  Jim is a spokesperson for the American Cleft Palate Association.  He walked the Red Carpet at Operation Smile last year. He has also performed for the Hugs Foundation here in Rochester. He has also recently just performed in Australia for a fundraiser gala.

When Jim was coming to the end of his career with Draper Studios he had been approached by many different ballet companies, but he was quite sure where he was wanting to go.  At one of his last international competitions, which he won, he was approached by one of the judges and was encouraged to try out for Houston Ballet.  Jim had of course heard about how good they were, but didn’t think that they would want him.  The judge, who at the time worked for Houston Ballet, pushed him to try out.  Jim ended up trying out.  Jim was asked to join and he graciously accepted.

Jim danced with Houston Ballet 8 years before he decided that it was time to walk away.  He had gotten injured and messed up his foot and ankle. He had to have surgery and was out of dance for almost a whole season.  He had come to a point where he didn’t know if he wanted to continue dancing.  He was offered a position at BalletMET, at this time, and he was going to join them when there was this show called So You Think You Can Dance holding a dance competition that was close to him.  He had contemplated about doing this show to test his skills against the best in the past, but he was quite ready.  He truly didn’t believe that he would make it, but he was going to tryout anyways.  He told BalletMET that he was going to try out and see what happens.  If he didn’t make it he would join them.  If he made it then he would see where it would take him.

Jim said he would have regretted not taking the chance to step so far out of his comfort zone, but he was shocked to make it through the first round and the second round.  He was truly shocked to be told he had made it into the top 20.  Jim was pleased to come in 6th place, he said, “Just making it to the top 20 I had already won.”  He felt that Gabby truly deserved to win.

He said, “The experience was such a rollercoaster. Being behind a camera, learning about reality TV, meeting so many other great dancers and working with some of the best choreographers in the LA/NYC industry.  Dancing outside my comfort zone and the pressure to not make a fool of myself on national television.  So many emotions, but definitely a highlight.”  He said that he would recommend other dancers to try out for the show.  It’s an experience of a lifetime even if you don’t make it through. 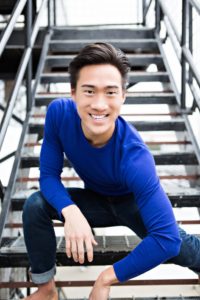 Jim says that he has failed before, but there is always reason it didn’t work out and everything happens for a reason whether it is to better oneself or to learn an important lesson.  He loves the saying “you are exactly where you are supposed to be.”  He would like the to tell the younger generation of dancers to, “work hard and but also to work smart.  Stay humble and do it because you love it and for yourself and no one else.  If you always seek recognition, you will mislead yourself.  Stay true to yourself as an artist, and remember what makes you special.”

Since the ending of the tour for SYTYCD Jim moved to Los Angeles, signed with a talent agency, freelanced and guest starred for the past year and a half.  He has also been teaching classes and judging dance competitions.  He is excited for July when he once again be gracing the dance floor and finally be joining BalletMet in Columbus, Ohio.  He hopes to dance with them for a few years and in the future dance for one more dance company.  When he retires from dancing with a company he is planning on joining a large judging company and teach classes and judging at the conventions.  But for now, you can catch Jim dancing with BalletMet starting this July.