TOM TURNER: Disabled Male And Proud Of It! 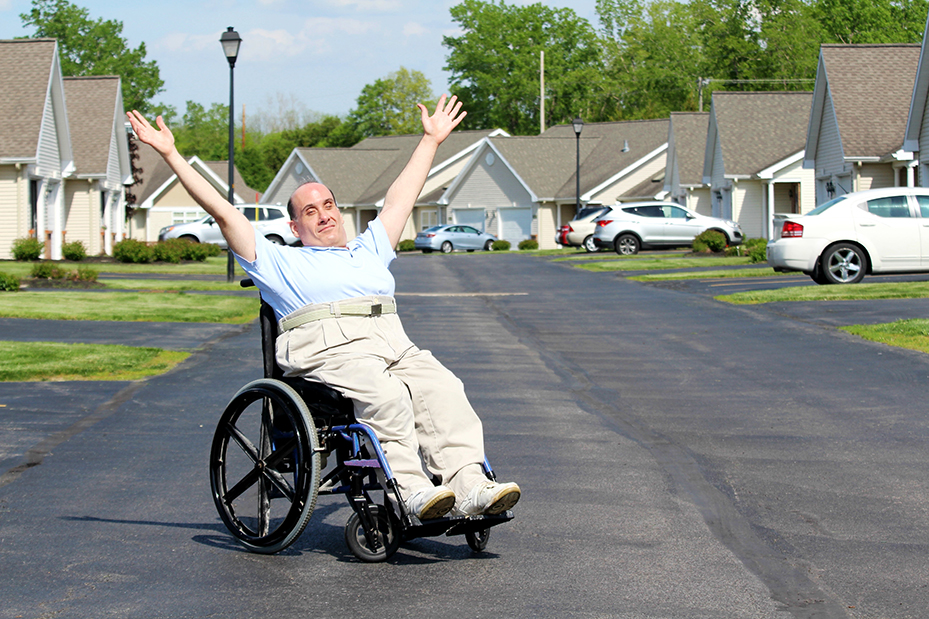 “Do the best you can not to give up. The world can be a bad place at times. Reach out to your family and friends. Reach out to different organizations.” Tom Turner describes himself as a disabled male and is proud of it. He wants to be an inspiration to other disabled people and show them that they do not have to be defined by their disabilities. They can live a full and fulfilling life.

When Turner was born, his parents were told he wouldn’t make it through the night. He was born with Spina Bifida Thorax 10 and hydrocephalus. Hydrocephalus is a condition where there is an accumulation of cerebrospinal fluid on the brain. This causes pressure on the brain and can cause many different neurological issues, and death, if not treated quickly. The doctors at Strong Hospital addressed the hydrocephalus by putting a shunt into the skull to release the pressure.

Turner made it through the night to everyone’s surprise and great relief. Once he made it through the night the next step was to start working on what his Spina Bifida was going to entail for him. He was diagnosed with Spina Bifida Thorax 10, which means the backbone and membranes around the spinal cord didn’t completely close. This leaves the spinal cord unprotected and at risk of being damaged. At this point his parents were told that he would have to be able to get up and walk to prevent many kinds of health issues. But for him to be able to walk he would have to go through multiple surgeries and he’d need special braces called a Parapodium.

At a young age, his family had to pick up and move to Canada so he could have special braces created just for him. At this point in time there was no one who made Parapodiums in the United States. Turner met Dr. Motloch at the Toronto Children’s Hospital where he had an extended stay. Dr. Motloch is the one who created his first Parapodium in 1973. He brought them back to the United States, making his Parapodium the first in the States. Rochester Orthopedic Laboratories took on the task of maintaining them and have now been building leg braces and prosthetics ever since. He has had two sets of braces made since then and has had his last pair for the last 15 years.

Turner reunited with Dr. Motloch not too long ago and discussed with him his plans of writing a book about his experiences at the Toronto Children’s Hospital and the Parapodium. Turner wants to encourage those who must use them to keep using them. They are essential in keeping the body as healthy as possible. It also helps the person to be mobile without the use of a wheelchair. He says it’s difficult at time but continue using them. 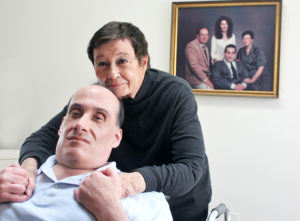 Turner has had a lot of hardships and trials in life including 20 surgeries for his Spina Bifida and hydrocephalus, the last being in September 2016. But he said the hardest time in his life when his father passed away in 2013. He was very close with his Father and he took his passing hard, but he learned one of his biggest life lessons. Life is not a dress rehearsal. When his father passed away Turner was left in charge of Turner Automotive Corvettes. His sisters fiancé stepped in also to help him run the business. Turner feels that he truly matured in this time frame. He learned how to have a very good work ethic.

Unfortunately, in 2015, Turner decided that they would sell his father’s company to Kitty Van Bortel. It was a hard decision but with just himself and his sister’s fiancé it had gotten to the point of them needing more help. At this time, he started helping his sister out in her adventures of becoming a published Author. Laura Turner writes health & wellness books and has just recently published a romance novel.

His sister and his mother truly inspire him. “His mother is truly a Rockstar”, Turner said. She took the lead and is the true support system for the family. She has held the family together since his Father’s passing. He says his family is truly loving and super supportive of him and what he decides to do with his life.

In November 2015, a company called Tee-Talent Designs opened their doors for business. This business is owned and operated by Carlos Martins and Shayne Smith. These two men are disabled and have created this company as a Social Enterprise to give other disabled people long term employment. They are a design company and do designs for businesses and promotional items. They are based in Canada and have hopes to expand in the future.
Turner said that he has been following them for some time and decided to reach out to them to offer his skill set in marketing. He started working with them on a part-time basis earlier this year. He doesn’t do any of the designing but he is helping them link up with companies, sports teams, youth organizations and other organizations that need promotional items created. He loves that this company helps those with disabilities get a long-term employment and that they get out into the communities and do public speaking about different types of disabilities. He is very happy to be a part of this company and hopes to continue helping drive it forward.

He feels that Rochester is a great place to live. “We have some of the best doctors,” Turner said. He believes he wouldn’t be here if it weren’t for his medical team that have been with him from the beginning. He also says that Rochester has some great outreach programs for those with disabilities. He recommends people to join up with the programs and organizations.

He really likes the sports organizations of Rochester: Rochester On Wheels, Western Rochester Wreckers (Wheelchair Rugby), Rochester Sports Net (Youth and Adults), just to name few. Turner himself played Wheelchair Basketball but ended up breaking his leg while doing a transfer and his family threw down the iron gauntlet and told him he could no longer play. He truly enjoyed playing and he encourages anyone to play. He says, “Stay Busy” and “Stay Engaged” is key.

There are many more adult and youth programs for the disabled throughout Rochester. Please check them out. Also, if you would like more information on Tee-Talent Designs check out their website at tee-talentdesigns.com.