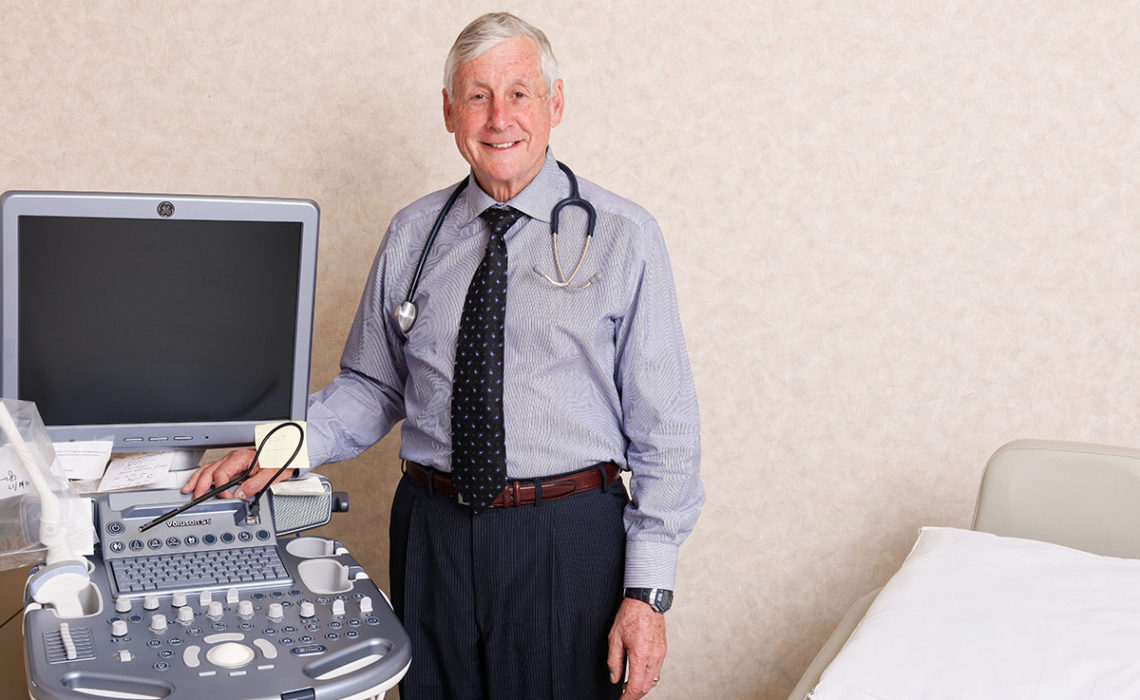 With June celebrating Rochester men, it is my pleasure to cover this man! A military vet, physician, writer, videographer, entrepreneur, husband and father.

1. Having accomplished an aim or purpose.
2. Having achieved popularity or profit 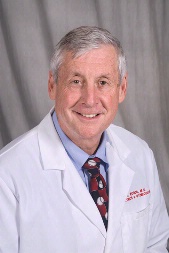 How do you define success? I always gaged my own success on whether or not what I set out to accomplish brought me a sense of fulfillment. Everyone has their own versions of what success should feel and look like. Some think it’s about careers and money. Some believe it’s not so much about your work as it is your family and personal life. Are you rich and popular or are you poor and lack friends? Maybe you are rich and lack friends or poor and very popular! Either way, it’s different based on who you ask. Dr. James Woods Jr., MD discussed this subject with me at length. A very accomplished and successful man in both life and career, Dr. Woods believes that life is a mix of privilege and burden and somewhere in between is that gray area. How we manage this temperamental mixture determines our success.

Having worked in Pediatric Administration handling the updates, CVs and credentialing information annually for 100+ advanced practice nurses, I am very familiar with seeing pages of publications and advanced certifications, they are after all Master’s educated individuals at the highest ranks nursing offers. However, when I read Dr. Woods short bio and CV glancing at a few of the many listed publications I immediately thought, ‘WOW’, how am I going to condense all of these accomplishments into one simple article? I honestly could write a book with multiple parts just focusing on what he has currently accomplished and still be left with some great material for future work!

James R. Woods Jr., the “Doc”…
Twenty-two years of active-duty and reserve military service, Board Certified in Maternal Fetal Medicine and Obstetrics and Gynecology, Certified in Electronic Fetal Monitoring, time practicing medicine in the Congo, 140+ published articles as both author and co-author, author of several books, a multitude of awards, a well respected and long standing full publishing business, a private practice with many, multi-generation families and a third “job” as a videographer as part of his publishing business used to create mini movies for educational links relating to obstetrics and gynecology. As if that is not enough, Dr. James Woods Jr., is a devoted husband, father to four very successful children and has no intent on ever “retiring”! When I sat down to meet with him I completely expected to hear details about his career and his successes. What I got was a man that focuses more on what he still wants to accomplish, and how he can help others versus what he has done already. When asked what he loves about his work he says “he is always learning just by listening to his patients and he get’s a post-graduate education every day!”. This in short expresses how Dr. Woods truly lives to serve others and thoroughly enjoys what he does. 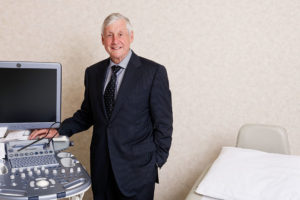 Completing his residency at Tripler Army Medical Center in Honolulu, Hawaii, Dr. Woods was set to continue on in the field of endocrinology through a Fellowship in Washington state while continuing his service in the Army. However, as fate would have it, when his residency came to an end he was told that the endocrine fellowship was no longer available and he had a choice between fetal oncology or high risk obstetrics. The choice was obvious for him and he soon began his future in Obstetrics in California through a Perinatal Fellowship at UCLA. After receiving his NYS Medical licensure in 1986, Dr. Woods continued his career here in Rochester, NY at the University of Rochester Medical Center School of Medicine and Dentistry as an Associate Professor in Obstetrics and Gynecology while also seeing patients in high risk OB. In 1990 he advanced to Professor and continued practicing with the high risk group. In 1991, through the U of R, Dr. Woods developed what is known today as the periFACTS OB/GYN Academy, online Continuing Education for Obstetrics, Fetal Monitoring, Antepartum/Postpartum, Gynecology, and Women’s Health Care Providers. Today there are over 400 hospitals nationwide that use this program with over 14,000 subscribers. Providers subscribe to have access to a wide range of OB/GYN continuing education courses that award both CME and CNE’s. While he covers all areas of this field, Dr. Woods passion has shown bright in his work on the topic of knowing how to communicate with your patient. Throughout his years dealing with high risk pregnancies came many adverse outcomes. With this, he has strived to educate providers on the importance of treating your patient and not just the symptoms, further looking into what it was that got them to where they are at that time. His belief is that time with the patient is a priority. His current practice schedules patients based on this very concept, without a doubt a prime reason why he has mothers who refer their daughters and eventually granddaughters to his practice. Having served in the Army during Desert Storm, Dr. Woods is no stranger to trauma himself. He was activated and sent to Walter Reed Military Medical Center where he treated soldiers coming back to the states wounded both physically and mentally.

This combined with the many traumas he has witnessed as a physician in high risk OB/GYN helped to instill the value and importance in being “humble in the presence of someone else’s grief”. One of the many reasons that I can understand why his patients have remained faithful throughout their care. In today’s medicine with insurance companies reimbursing at less than favorable rates and patient loads becoming almost unmanageable, Dr. Woods has not altered his practice to favor the “less time, more patients” standards that many practices have begun following. It is not about quantity to him, it is about quality patient care. Today approximately 80% of Dr. Woods patients are women entering, currently in or post menopause.

He strives to educate both the medical community as well as his patients. His goal for patients is to encourage them to know their health, and advocate for themselves. He makes it a point to take the time to make sure his patients understand their health. Dr. Woods has no intention of retiring anytime soon. In fact, I do not believe he ever plans to “retire”. With his partner just retiring this past January he currently runs his practice with a staff of two Nurse Practitioners and one other physician.

He is currently one of only two physicians in a 50 mile radius Certified in Menopausal Medicine. He will continue to work at educating those he comes into contact with on women’s health focusing on menopause. He doesn’t have a legacy because that to him would indicate that he has a plan to stop practicing. He prefers to continue on until he no longer can, should that day come! 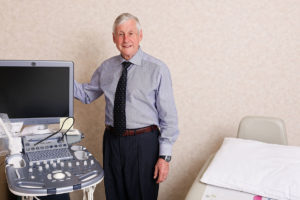 Life apart from medicine….
Although the majority of his days are spent educating, mentoring and practicing in medicine Dr. Woods is also a family man. He is happily married to his current wife of ten years and enjoys his off time with his four children, their son who is a Junior at Cornell University studying Labor Relations, another son who has a Phd in Engineering Physics and two daughters, one who followed in his footsteps and is an Emergency Medicine physician and the other who is a Master Craftsman at the University of New Hampshire! Success runs deep within his family! He lit up speaking about his kids and how they are such a joy. Aside from also writing a monthly article for Rochester Woman Online about menopause-hoping to reach as many women as he can to educate and inform, he has found a new love for videography. He spoke of his studio at his home where he and a partner create, write the script, produce and star in their own 6-7 minute short movies on various topics in women’s health to post to periFACTS.

He understands everyone learns differently and many find it much more appealing to be able to watch examples of what they are learning about. I think it’s safe to say no one enjoys “death by powerpoint”! He has begun shifting to these short scripts on his web based

learning application more and more to reach all user types. When asked who will take on these projects when he no longer wants to or has the ability to manage them he simply shrugged and said “who want’s to?!”, I know I sure would!!! Dr. Woods had a very unique way of looking at the responsibility that comes with being an educator and a physician in that he doesn’t view it as a job. To him, it’s a lifestyle and one that he loves waking up to and doing all over again each and every day.

He looks at each day as it’s own unique experience, one that he can continue to learn from. I can, as I am sure many would agree only hope to find my niche in something that I never want to stop doing. Something that comes with such ease and brings such fulfillment that I don’t make myself get up everyday, I want to get up.

Books by Dr. Woods can be found on Amazon.com