A Fortunate Happenstance or Pleasant Surprise…

Sojo Designs, owned and operated by Joanna Armes can be found nestled in a little shop just outside of Rochester, NY in the town of Geneva called Serendipity. Serendipity- a phrase coined by Horace Walpole in 1754 meaning “A fortunate happenstance or pleasant surprise”, seems very fitting for Joanna’s story. For someone that didn’t realize until her early 20’s that fashion design was her passion she has managed much success in less than a decade! Joanna, as you will read in this article and see as you glance at the photographs is just as beautiful on the outside as she is within. Her passion for people is genuinely refreshing. Here is her inspiring story.

Beginning her fashion career in a small community in the Limburg Province of Belgium, Joanna Armes faced much adversity. The largest it would seem was the language barrier. The locals in Limburg spoke a combination of both Dutch and French known as Flemish, and although this made things tough, she was successful with home shows that sold both her fashion line as well as her wall art. Sojo was also launched in the United States while she was living overseas using such tools as Etsy and Facebook to both market and sell her clothing line. This too was a success. Moving back to the states just three years after moving overseas, Joanna and her family did not return to the West coast, but settled into Rochester, NY where admittedly she was a bit challenged with the unfamiliarity of the area, however this difficult transition was short lived.  Reading an article in a local fashion paper shortly after moving here she saw that the city had just held their first ever fashion show and in true entrepreneur fashion she seized the opportunity to become involved in the very next event, and she hasn’t stopped yet! In the five years she has lived here, she has taken part in shops, runways, trunk shows, magazines and many creative collaborative endeavors. She and her business partner Trish Martin, former owner of Chandelier Boutique took part in the “Toast for Hope” last year with cowgirl hats and all inspired by Trish’s Boho Rodeo line that Joanna currently does the sewing for. She feels both honored and flattered to have been part of so many lives here in Western New York.

Something more than fashion…

From other designers alike to make-up artists and other strong women she has forged relationships with, Joanna will take this experience with her as she embarks on yet another journey to Montana where she and her Fiance, Joshua Smith have a home.  She plans to start the last leg of her second career that is equally as important to her as fashion design. Social Work has been in the forefront of Joannas life for some time. Currently completing her senior year at Roberts Wesleyan College, she plans to transfer straight into a Master’s Degree program in Missoula, Montana. When asked why she is drawn to social work she says that “helping make people feel beautiful is just as important as making them dress beautifully.” Both social work and fashion design she says, are very much connected, “I love making people feel beautiful, especially women in my designs, social work is a hands on approach to touching people’s lives in a very intimate and up close bases, some people need a hand and some need a beautiful dress!” She went on further to say, “I love seeing the good in all people, people’s lives are messy sometimes and that’s what art is all about, the beautiful mess and man, is life beautiful, it’s all what u make of it.”

Joanna won’t be taking this journey alone, aside from her fiance, she has two children, her son Abe, 8 and her daughter Penny, 10. One thing she was very open on speaking about was the heartache that comes with her first marriage ending in divorce. Joshua, her fiance who also happens to be her high school sweetheart was not reunited with her until 15 years after they parted ways. She explains, “divorce is so heartbreaking and I didn’t think I would be able to tear down my walls and fences but I am so glad that I am allowing myself to be happy and fully loved like I should be and like I deserve! With great care of each other and the kids we are taking steps forward. We have such an open and honest relationship. We choose to love and respect each other everyday. The way he loves my kids speaks volumes when making the decision to remarry.” She then goes on further to tell about the unconventional marriage proposal that all feminists out there would genuinely appreciate! “I am the one that asked him. We aren’t doing things “traditionally” and we aren’t putting any pressure to have it done a certain way or in a certain time frame. We’ve always been connected but now we finally get the chance to grow old together and start a family. We would like one more kid if the good Lord wills it in our lives. We are just so excited to be able to wake up next to each other every morning and go to bed every night in each other’s arms. What can I say, we are smitten kittens!”

Her legacy and lucky Penny: 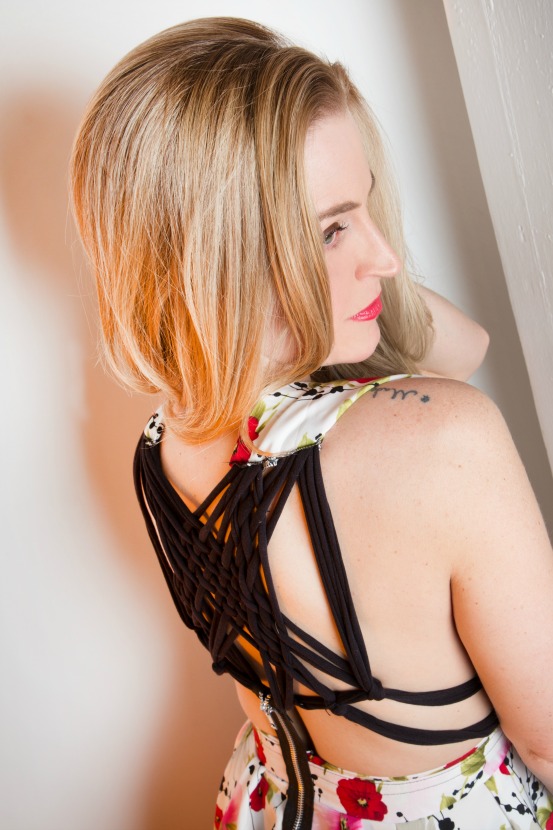 Joanna Armes kids are without a doubt the drive behind her success. She explains them in true mom fashion when asked what inspires her by saying “they are my whole world and they inspire me everyday to be a better mom, friend, lover, and designer. Inspiration comes from everyday life with them and my fiance Joshua Smith.
When asked what values she tries to instill most in her children, mainly focusing on her daughter Penny she says, “I am very big on instilling above all for my kids the LOVE for all people and the LOVE of ourselves. Without love inward and outward what is there? I believe everything stems from love and that’s when magic happens. It’s been so important to me to show my daughter Penny that Loving oneself is so important, especially for a young girl growing up with outside influences demeaning her very existence,” These outside influences we see everyday on social media and across news headlines including gender bias, body shaming and bullying. Many young women out there focus on all that is wrong with them without the role models to help them see if they focus on what’s right and love themselves for who they are and what they bring to the table then they can be a total success. Joanna goes on further to say,”I tell her (Penny) that there is nothing, I mean NOTHING she can’t do! We are warrior women that come from a line of viking heritage (my dad is 100% Norwegian) and she is so strong.” Penny began modeling at age 3 in her mothers shows and has continued to be an inspiration through today for her mom. Also known as “her lucky penny”, Joanna’s daughter has seen and met people from all walks of life because of her experience in walking the runway from such a young age, and this, says her mother, is the catalyst for why she will grow to understand and embrace the beauty in all walks of life and in the differences we each as individuals carry. Not leaving out her son Abe, Joanna says that she tries very hard to instill open mindedness and to teach both of her children to embrace people without judgement. After all, love, in her words is the answer to all things good!

Have no fear for those that love her fashion line, although leaving New York State she will not be dissolving Sojo Designs. She promises that her line will soon be available for custom orders online. She will be spending her last few weeks in Rochester attending the Rochester Woman Magazine event on April 9th as well as designing a custom dress for the up and coming young singer Brianna, featured in the March edition of Rochester Woman Online as well as a custom gown for the Policeman’s Ball being held in May for Rochester Woman Magazine’s very own Kelly Breuer.