Virginia Woolf, a groundbreaking author and her own publisher, may have put it best when she declared that “a woman must have money and a room of her own if she is to write fiction.” In so few words, she summarized the host of challenges facing female writers.

Many of the issues related to publishing in the days of Virginia Woolf persist. She herself was a self-published author.

We may have made some great strides since then in voting and political rights but, as the wage gap shows, we still have some way to go in publishing.

Female writers like bestselling romance author Nora Roberts are advised by their publishers to use only initials if writing in male dominated genres like suspense, even if they have an established following in other forms of fiction.

Early in her career, even billionaire JK Rowling, was advised to use her initials rather than her first name, to avoid turning off potential male readers.

Self-publishing and independent publishing, through small presses, have become incredibly important for female writers who may not have otherwise been able to reach their audience because of industry gatekeepers.

Author E.L. James’ Fifty Shades of Grey makes news almost daily. Yet, her sensational best seller was first self-published before a major publisher picked it up. Hocking writes paranormal romances. But she wrote 17 books, and self-published each of them as e-books, before she was picked up by a trade publisher. In 2011, the Toronto Star reported Hocking sold 900,000 copies of her books and her annual income was two million dollars.

The story behind many of these female writers echo’s the idea that traditional publishing houses didn’t have the budget or interest, to bring women on board. And that female authors would not sell books, no matter the content. Female writers turned to self-publishing as the prime avenue to their own self determined success-particularly in the romance category.

Pittsford resident Michele Piraino, author and registered nurse at the University of Rochester Medical Center, has written and self-published her book What We Need To Survive. This is a novel which takes place in Rochester, N.Y.  Erica McIntyre lives a privileged life in an affluent suburb of Rochester.  Her father is a respected neurosurgeon, and her mother owns a fashionable boutique in the village.  The lives of Erica and her mother, Beverly, are changed forever when Dr. McIntyre dies suddenly on the first day of Erica’s junior year of high school.  On the same day, Erica meets Dwight Washington, an African-American student who transfers to her school as a participant in the Urban-Suburban Program. The connection and universal experiences of the characters keep readers turning pages until the dynamic conclusion of the story.

Michele is now working on the second book of the series, Hearts Broken. As the story deepens.  the families, friends and colleagues of Erica and Dwight connect in many intriguing ways.  Both novels explore complex social issues:  Racial and economic disparity, sexuality, abortion, grief, single parenthood, gay marriage, adoption, substance abuse, and domestic violence. These are stories about Rochester, about any small city. These are stories both universal and compelling.

“I’ve always enjoyed creative writing and hoped to someday write a novel.  Patient scenarios and my own life experiences are always swirling around in my head.  My characters most often are composites of people…family, friends, and patients that I have met along the way.  My writing is a mosaic inspired by my life experiences.  Writing has become a therapeutic outlet for managing the stresses and hardships that I have had in my own life. “ 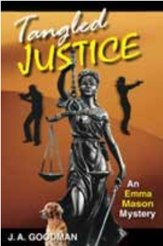 Accompany Detective Emma Mason and her partner Mitch Delaney track down a psychopathic killer in Rochester NY, as he falls deeper into the abyss of his mental disorder.

Woven into the narrative is a tale of romance between Emma and a wealthy and mysterious suitor, named Peter. Emma struggles when Peter becomes a prime suspect of multiple international crimes, including the murder of his partner in London. The story is rich with investigative science and twists through the streets of Rochester at an invigorating pace, highlighting events which made the city famous. Readers looking for a smart, entertaining mystery will not be disappointed. 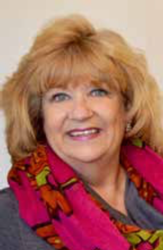 J. A. Goodman was born and raised in Rochester, New York, and grew up on the shores of Lake Ontario. Writing a novel was a lifelong ambition, but bounced around on the bucket list between life episodes. She married, divorced 13 years later, and raised four unique and independent children. But, while she worked at Eastman Kodak Company as a Quality Control Technician, she refined her writing skills in technical reports, publications and training manuals.

She continued taking technical and creative writing courses at Rochester Institute of Technology (RIT) and Monroe Community College (MCC) until age 47, when she quit her job to attend MCC full time. In 1991 she received an Associate of Applied Science Degree in Marketing with distinction. In 2015, she joined the Osher Lifelong Learning Institute of RIT and began a new journey as an author.

“I read about Mary Dougherty of Bootstrap Publishing in 55+ Magazine Jan issue 2016. Written by Deborah Blackwell, it described how Mary helped individuals to self-publish. I contacted her and my book is now available in several locations” says J. A. Goodman.

Both local authors are writing their second book as part of a series.   Both books are on amazon.com, Barns and Nobel online, and in eBooks and in Print-on-demand National and International distribution.

Bootstrap Publishing has helped over 900 authors locally and nationally from concept to shelves.  Dougherty’s latest books, The Ultimate Marketing Strategy, Is Writing and Publishing a Book on Your Bucket List and Mental Illness The Last Stigma, will be released in 2017.

“There is no greater agony than bearing an untold story inside you.” —Maya Angelou